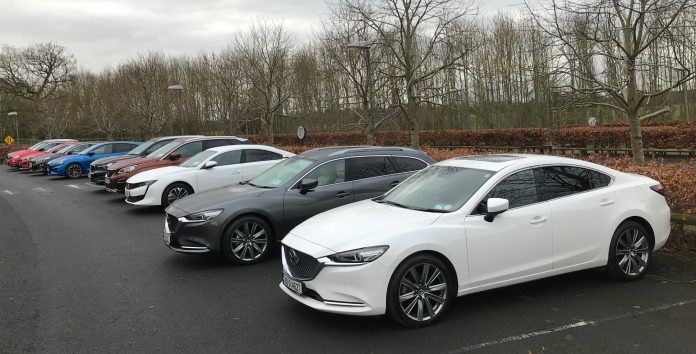 Motor dealers across Ireland have welcomed the omission of the proposed ban on the sale of new petrol and diesel cars from 2030 in the Government’s Climate Action bill, which was published today.  The Irish Car Carbon Reduction Alliance (ICCRA), which represents the majority of Ireland’s new car dealers, says that European car manufacturers are already committed to carbon neutrality by 2050 with an interim target of a 30% reduction by 2030, which the industry is well on the road to achieving. ICCRA is calling for a significant reduction in taxation on new cars in the upcoming budget to encourage motorists to purchase newer cars.

Denis Murphy, spokesperson for ICCRA Mr Murphy said: “Achieving the 2030 target in Ireland requires the sale of a blended mix of all cars, clean petrol and diesel, hybrid and electric through to 2030, and replacing older cars in our fleet. The average new car sold next year will emit 28% less CO2 than the average car currently on Irish roads, so for every car replaced in 2021 with a newer cleaner car, we can achieve significant emission reductions. It would be a win-win for everyone,” says Mr. Murphy.

Mr Murphy added: “However, new cars have moved beyond the affordability of most people. We have the second highest rate of car taxation in the EU and the second most expensive cars. As a consequence, motorists are holding onto their existing older cars for longer, increasing rather than solving our emissions problem. The Climate Change Advisory Council, in their annual report published last week also highlight the need for policy to stimulate accelerated new car turnover.

“We support the Government’s commitment to address climate change. We will read the bill in detail and comment further when we have completed a detailed review. We recognise urgent action is required across all sectors of the Irish economy, including the motor sector, so that everyone plays their part in protecting our planet. Reductions in taxation would provide an important stimulus to the replacement of Ireland’s vehicle fleet and the achievement of real and lasting reductions in our carbon emissions.