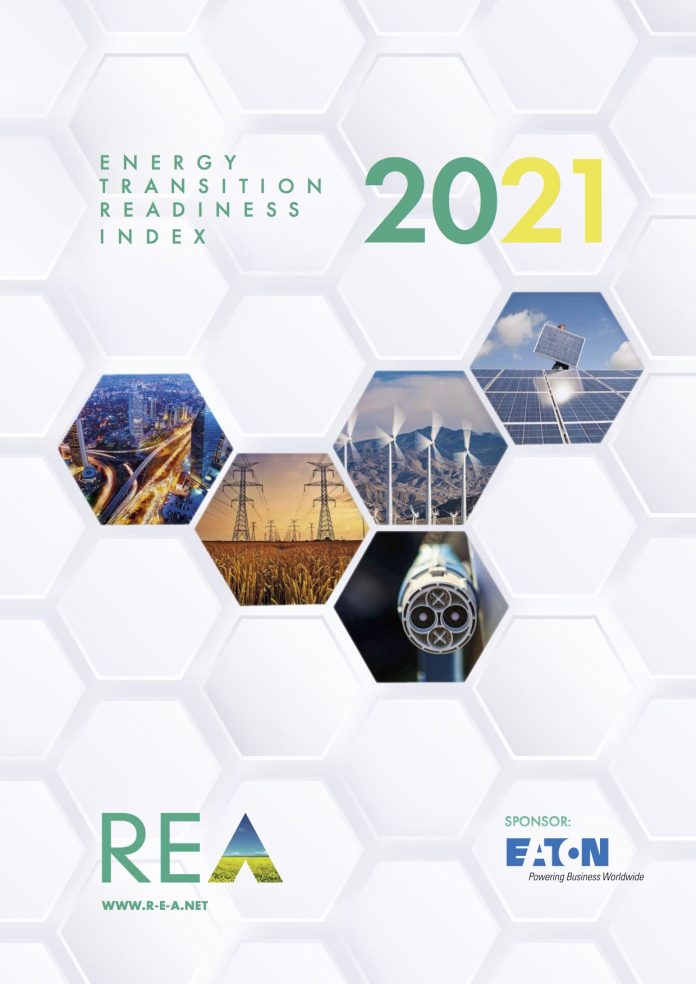 A new independent analysis from the UK-based Association for Renewable Energy and Clean Technology (REA), has found that Ireland is lagging behind its European counterparts on the implementation of Electric Vehicle (EV) charging infrastructure, a fact which is likely to act as a deterrent to consumers seeking to purchase zero emissions vehicles.

Prepared by the UK’s Association for Renewable Energy and Clean Technology (REA), and sponsored by global power management company, Eaton, the Energy Transition Readiness Index 2021 (ETRI 2021), [insert link] has assessed the readiness of Ireland’s energy market to support the transition to net zero, comparing it to 11 other European countries. While acknowledging the strong political and public consensus for change, ETRI 2021 expresses concern that “the policies and governance transition to implement are not in place yet.” The analysis recommends that most countries in the study need prompt action to achieve energy transition targets.

The adoption of electric vehicles is viewed as a crucial component of Ireland’s decarbonisation strategy. Ireland has approximately 2,000 public charging points for EVs at present, largely clustered in urban areas. According to the report, in 2020, EVs accounted for 5% of all newly registered vehicles in Ireland, compared to around 25% in the Netherlands, and 75% in Norway. The report also finds that while vehicle-to-grid (V2G) charging is enabled, it has “low volumes and take-up.”**

The report compares the readiness of 12 European countries, ranking them on a scale of 1-5, with 1 being the lowest and 5 being the highest. On EV charging, while most countries have received a score between 3-5, Ireland has received a 2, meaning that it has been ranked joint lowest of all countries surveyed. In the overall energy readiness index, Ireland scored a 4 – showing that it has an accelerated approach to decarbonising electricity, with an open and transparent flexibility market design. The report also found that there is strong public support for renewable energy in Ireland, with a growing awareness of the need for energy transition.

Lead author of the report, Robert Hull said: “This report clearly demonstrates that the EV charging network in Ireland is lagging far behind that of other comparable nations. Under the Alternative Fuel Infrastructure Regulations, by 2030, CO2 emissions from new cars will have to reduce by 55% on 2021 levels. To meet this target there is an urgent need for the acceleration of the roll-out of EV charging points across the country.”

“Delivering net-zero public charging infrastructure and investment is crucial to guarantee the widespread adoption of EVs. This burden does not need to be shouldered by government alone, but it does need to work with commercial entities that have the ability to deliver a charging network at scale. This makes sense on a number of levels; not least because such action will deliver on government’s stated objective of reducing emissions through electricity generation while decarbonising transport, which will help to support its climate action targets.”

Country Manager for Eaton in Ireland, Phil Kane said: “There is widespread public and political support for the energy transition, but there is a mismatch between ambition and action. The tools exist for the provision of a robust EV charging network, but to unlock much needed investment, business needs to see the right regulatory framework created. This will give consumers the confidence that they have access to charging when they need it which will ultimately, help to accelerate Ireland’s progress towards decarbonising transport.”

*Figure provided by Brussels based environmental think-tank, the European Federation for Transport and Environment

**Vehicle-to-grid (V2G) is a technology that enables energy to be sent to the power grid from the battery of an electric car. When facilitated, V2G can help to balance out electricity, by allowing plugged-in electric vehicles to interact with power grids and subsequently, supply the grid with excess energy from batteries.