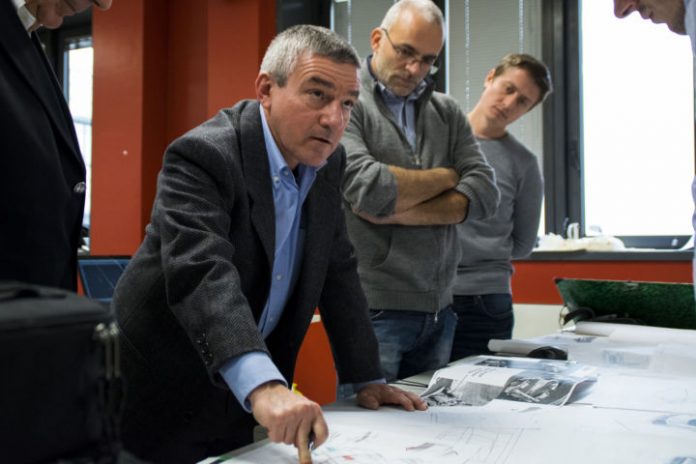 *Historical Evolution and the next Revolution in Racing Car Design discussed

‘Style & Motorsport – Historical Evolution and the Next Revolution’ was the topic discussed by Dialma Zinlelli, Head of the Aerodynamic Department at Dallara Automobili at the 9th Autostyle Car Design Digital Workshop, from its headquarters near Parma, Italy.

Dialma graduated from the Polytechnic University of Milan in Aerospace Engineering in 1989, and began his career at Dallara as an aerodynamicist and since 1991, he has been Dallara’s Aerodynamic Manager. Over the decades Dialma witnessed the substantial growth of the company and particularly within the Aerodynamic Department. As Manager, he oversaw all of the Dallara and customer aerodynamic projects from racing and road cars. Some of the active collaborations include some of the most significant racing projects in modern times, such as Ferrari 333 IMSA, Toyota GT1 Le Mans, Porsche LMP2, just to name a few.

Dialma was honoured with the  ‘Aerodynamic of the Year 2008’ Award, presented by the specialized magazine Race Tech and the University of Oxford, followed by the EMTIM Master (Executive Master in Technology and Innovation Management).

At the Autostyle Car Design Digital Workshop Webinar Dailma gave an interesting insight to how the shape of the race car has changed in the pursuit of speed, glory and pride. Much of that evolution was down to aerodynamic engineering and finding solutions to achieve maximum downforce, drag and high cornering speeds.

He began with a quote from the legendary Enzo Ferrari who once said: “Race cars are neither beautiful nor ugly. They become beautiful when they win” – which epitomizes in what Dialma reflected on. “In the 70 years of motor-racing history the car body changed its shape primarily to meet an engineering need”- but he always felt that this industry was always one step behind the aerospace sector. “Initially and up to the 1960s, the aerodynamics in motorsport was concerning only with the horizontal face (drag), in order to maximize the top speed. Vertical force was known and employed in the aeronautical field but nobody in those years thought to make advantage of it also with racing cars,” he explained.

Commenting on how the cars’ body shape aimed to reduce drag, he said: “The shapes were dictated by developing the top speed over straight lines, that means to forge a body that could generate the lowest possible horizontal resistance (drag)”. Pictured on the accompanying slide were four distinctive race cars – a 1958 Maserati 250F and a 1958 Stanguellini Delfino Fiat 3, both sporting ‘cigar’ shapes while the 1954 Mercedes W196  and 1960 Fiat Abarth 1000 Monoposto featured ‘Faired and Streamlined’ bodies, which purported the aerodynamic effect. Fairings were evident to the front and rear of the cars but safety was not a concern as often the enclosed fuel tank provided the bulk on the body work to create these curvy lines.

In the following years the body shape changed with the objective to generate downforce. “During the ‘60s, it became clear of the importance of exploiting the vertical force to obtain higher speeds even when corning. From that time on, the manufacturers design their cars in order to produce downforce and among to maximize the aerodynamic efficiency (which is the ratio between downforce generated and drag). Reference was made to earlier times to the ultra-sleek Auto Union Type C Streamline, which achieved an unbelievable world high-speed record of 406km/h, back in 1937. Pictured alongside – a 1966 Chaparral 2E – first with rear wings, a 1970 Ferrari 312B, a 1971 Porsche 917 Long Tail and a 1978 Lotus 79, all featuring bodywork that generated additional downforce. “Even in the world fastest race, the cars body evolution followed a similar path.” To demonstrate this, a timeline slide recorded the history of the Indy 500, the world’s fastest race where in 1911 the pole position average speed was 120.km/h and by 1940 topped the 200km/h fastest lap average in qualifying. 34 years later it was up to 320.1km/h and up today had gradually progressed to 372.2 km/h for the first starter in the recent running of the famous oval race on the ‘brickyard’. Within these years, the overall profile has changed dramatically, becoming more aerodynamic with ground force to the fore and slick aerodynamics playing an important role. One significant similarity remains, the top-level race cars still feature exposed wheel designs. 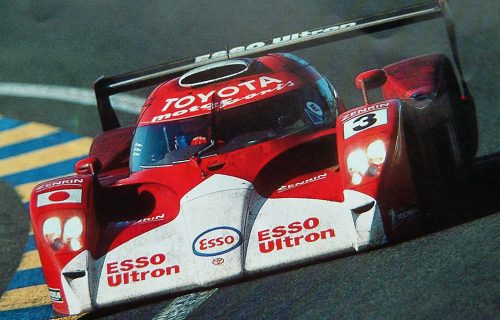 While remaining on circuit activities but moving to sportscars, some of which wear a Dallara footprint, Dialma proudly spoke of the work done on the ‘most beautiful’ Toyota GT One, and its claim to fame at the 1998 Le Mans. Other Dallara associated success was achieved with Audi and Porsche during their ultra-glorious years on circuits around the world. He then focused on the changing face of these supercar racers to become more in line with the actual car brands, from an identity point of view. For years he cited that there was more emphasis on ‘racing with the rule book’ than what the cars actually looked like, often bearing no resemblance to its manufacturer. “In 2017, the IMSA (International Motor Sports Association) the US Federation that regulated and organised competitions and championships in the automotive field, encouraged the entry of a greater number of competitors, provided in the regulation, that style has a certain margin of manoeuvre, in order to recall the brand identity of the carmakers. To equalise the performance, it intervenes with a balance of performance.” Put in simple terms, commercialisation set in and the old adage comes to mind – “Win on Sunday – Sell on Monday”.  Examples of same has comparison photos of Mazda and Acura race and road cars featuring somewhat similar ‘family faces’. Another example mentioned was the Cadillac DP Dallara, 4-times winner of the Daytona 24h which features some styling traits to be found on Cadillac road cars. That element is about to extend further within the next two years to when as Dialma described as “ Style joining the competition”, which will have many positives.

“Starting from the 2022 season, the two sanctioning bodies the FIA/ACO (WEC-Le Mans) and the IMSA will converge in a single class LMDh (Le Mans Daytona hybrid), for which the same car will be able to compete in both Le Mans and Daytona/Sebring races. Aiming to make the series even more attractive, for the first time in motorsport history the rulebook foresee a wide freedom for the style interventions over the car body in order of characterize, in a stronger way, the single cars with the typical stylistic features of the brand.” The impact will be enormous, according to Dialma: “A close look to the total number of spectators for the 24 hours of Le Mans and the Rolex 24 at Daytona respectively, the two major events of the World Endurance Championship (WEC) and IMSA Championships, gives the idea of how advantageous it can be for manufacturers, in terms of visibility, to recall their branding.” Currently the Le Mans 24h attracts 256,900 trackside spectators and 19.6 million TV viewers from 190 countries, while at Daytona, almost 168,000 are watching from the circuit with over 1.1 million in front of the TV. 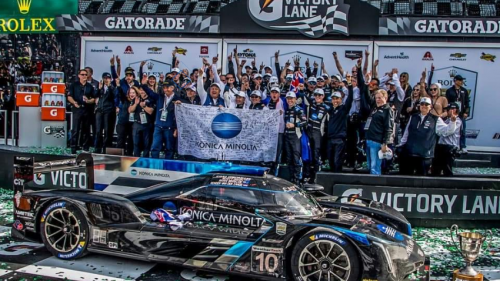 “Such a decision resulted in a radical change in the car’s development workflow. Style and function need to work together from the start, meaning that stylists and engineers working together over three main steps from the first body release to the initial multi-phase Computational Fluid Dynamics (CFD) development programme to wind tunnel tests,” he concluded.

During the Questions & Answers session Dialma mentioned that road cars of the future will be designed differently as their front ends will no longer require long bonnets or large air inlets as electric motors are much smaller than conventional engines and do not need as much ventilation.

Total removal of the PHEV grant is premature and sends the wrong signals  – AA Ireland.