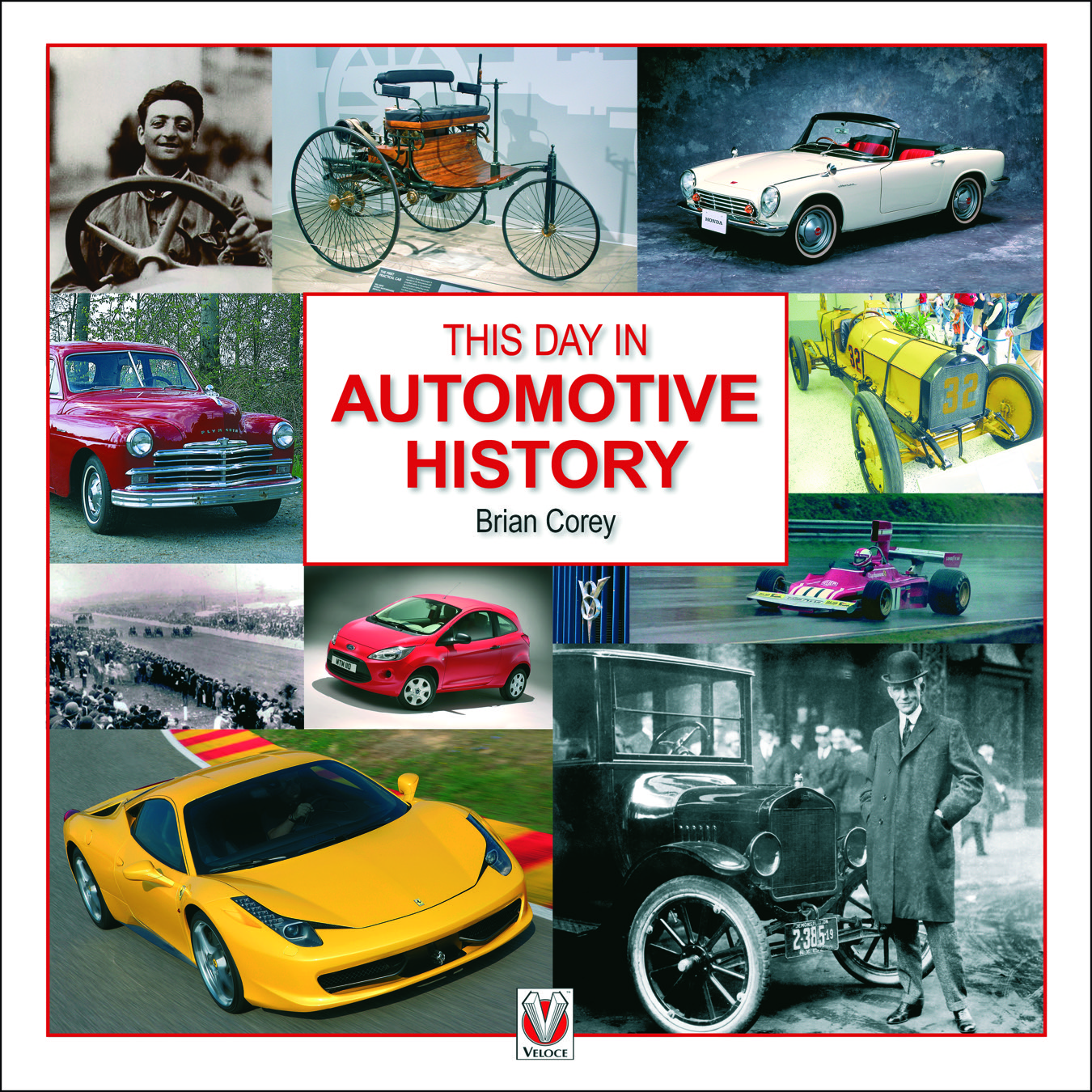 From horseless carriages to driverless cars – everything in between is covered in Brian Corey’s unique book, “This Day in Automotive History,” which records interesting facts for every single day of the year from times past. Origins of brands and their iconic cars feature strongly in this Veloce Publishing paperback.

Often when reviewing books I look at the Index first to catch a glimpse of what it’s all about, and then lead into the Introduction and Acknowledgements. All the familiar names in the automotive  business are contained within, with many surprises backed up by intriguing photographs. The cover pics selection set the tone, with Ferrari featured no less than three times.

Day 1 begins on 1 January 1942 with happenings surrounding World War II in the United States, and ends with the sale of Rolls-Royce and Bentley on 31 December 2002. Truck companies and military vehicles are profiled too. Other notable mentions include the creation of the DeLorean DMC-12, built in Belfast, the ground breaking Alfa Romeo 156 in 1997 and Eddie Jordan the founder of Jordan Grand Prix which competed in Formula One from 1991 to 2005.

Practically every country that produced its own original car, race track, bus, tyre, driving licence, motor show, army vehicle is either chronicled, pictured or both. Every reader will be keen on searching for the page of their birthday and in my case on 5 June, Sterling Moss won his first race in 1948, while on that date in 1909, 40,000 people attended the first race in the famous Brickyard. Surprisingly, this event on the Indianapolis Speedway did not features cars, but nine hot air balloons!

Author Brian Corey was bitten by the car bug at an early age and purchased his first car, a 1949 Plymounth Special Deluxe Coupé, which he still owns today. Over the years he collected many rusty jewels as he described them and dedicated this book to “anyone with the slightest interest in the history of the automobile.” Once opened, it’s a must read, cover to cover.