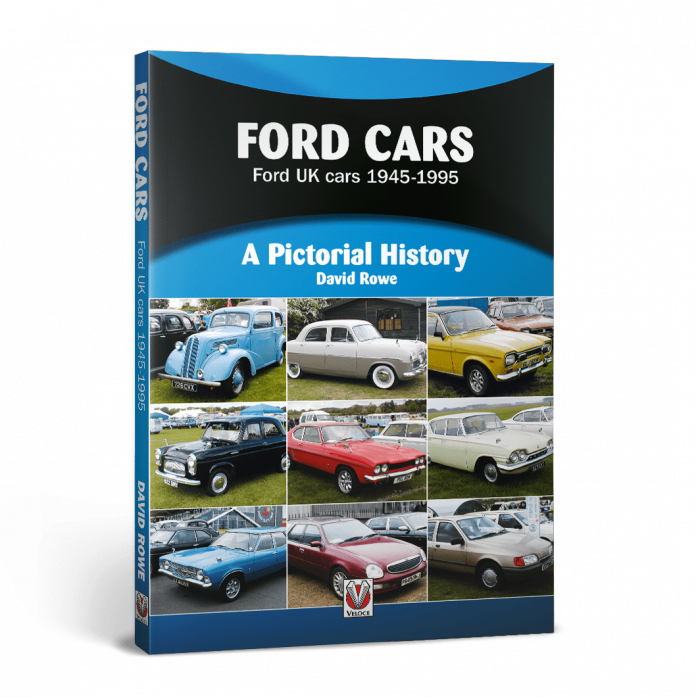 Ford Cars: Ford UK Cars 1945-1995, just released by Veloce Publishing Ltd., by David Rowe, provided a perfect opportunity to nominate my favourite and least favourite member of the ‘Blue Oval’ family generation. The MkIII Capri and Scorpio are top and bottom of the list.

The author David Rowe has put together a very interesting collection of 330 photographs within the 160-page A5 sized paperback. Accompanying the picture selection is detailed technical information, with a full history of each Ford model that were made and sold in the UK over 50 years. Each version and following evolution or replacement are recorded including code names and original brand names that subsequently changed. For instance, did you know that the Cortina was to be named the Consul Cortina? And that there was a plan to introduce a Ford Saxon, a forbearer to the Capri coupe based on the 2-door Cortina MkI?

The difference and differentiation between certain Ford cars from the same era like the Zodiac and Zephyr, Consul and Corsair, were thankfully explained. While sporty spec versions, such as the Fiesta XR2, XR2i and the Sierra XR4i, XR 4×4, Sapphire Cosworth were much sought-after badges and terminology in the latter decades, as were the Escort RS2000, Mexico & XR3i. Some readers will fondly remember the Lotus Cortina MkI, which almost instantly achieved iconic status. On the luxury side, Italian design house Ghia provided the premium feel to flagship models.

Other little known but intriguing facts are that the Anglia, made famous by the Harry Potter book and movie series, featured white wall tyres and that Crayford Conversions carried out the convertible transformation work on selected models? Also, that the MkIII Granada was a hatchback and that this range-topper can also claim to be one of the pioneers of the fully integrated bumpers. Its eventual replacement, the Scorpio did not cut it for me, particularly when it came to the overall design stakes.

Incidentally, the MkII Capri was also designed as a three-door coupé hatch. Restored classic variants are still in demand, from true aficionados and I expect that this book that explains all will be in demand too! Jarlath Sweeney 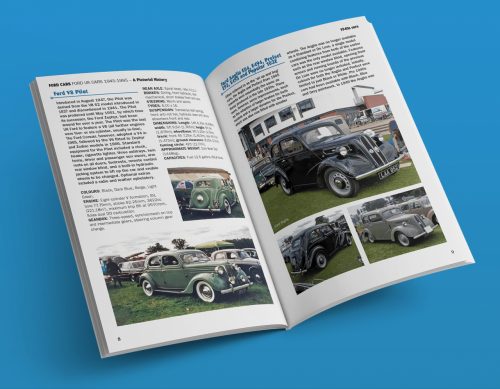