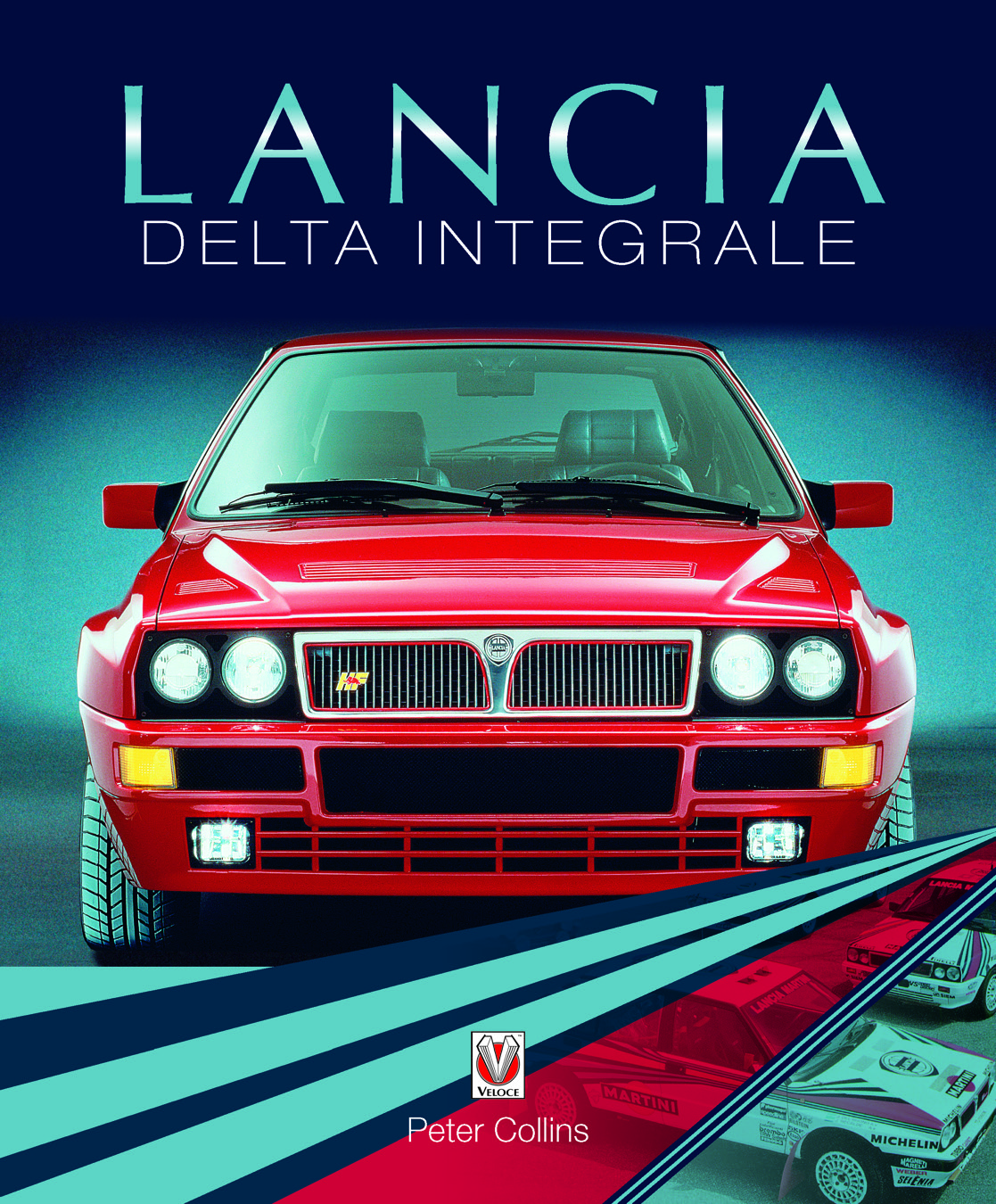 Often asked what is my favourite performance car of all time and the reply is a quick “Lancia Delta Integrale HF 4WD”, to give it its full title. Immediately upon looking at the striking front cover of Peter Collins’ new book on this iconic road car and multi-World Championship winning rally car, emotions are stirred once more. But showing my age, I imagine the Integrale was the start of what is known as the ‘hot hatch’.

Aesthetically, the dimensions of this five-door hatchback are spot-on with its twin-headlamps, horizontal barred grille and wide wheel arches setting the performance tone, aided by broad air-intakes. Not only did it look fantastic, it drove supremely and sublimely, whether it was the 8V or 16V version.

The Delta was probably the best known and loved Lancia from the premium brand within the Fiat Auto Group. Alas the Italian marque no longer exists globally, as it now markets just one model in its home country. A sad demise. The nearest I got to the Delta was through its saloon sibling, the Prisma, having proudly owned two editions in the late 80s and 90s.

Two comments attributed to Motor Sport magazine and the author stands out in this wonderful 160-page tribute hardback. “We should all be grateful that the rules of rallying had made Lancia produce the Evoluzione for anyone to buy,” and “perhaps the ultimate contemporary driving pleasure available today. An Evoluzione Integrale and an open country road.”

Peter describes the birth and lifeline of the Integrale in detail and through 236 photographs; “The first wide-tracked and big-winged car, introduced in October 1991, was officially called the Delta HF Intergrale. At Abarth and at Maggiora (both performance car specialists), it was known as the Evoluzione or simply Evo. Thus, when the new, updated road-car arrived, it naturally took on the unofficial title of Evo 2. All these cars were also known colloquially as ‘Deltonas’ or big Deltas. By the end of the Delta’s top end rally competition life, six World Rally Championship titles had been won – in Delta HG 4WD form in 1987 and in Integrale spec these laurels were achieved in 1988/1989/1991/1992, the latter by a rally car preparation specialist.

While many of the 44,296 units built are still in working order, there was just one very special Cabriolet built for personal use by Fiat/Lancia owners, the Agnelli family. Forgot to mention that all models were left-hand-drive, with the exception of a few right-hand-drive conversions. For those of us who still hark to yesteryear, visitors to the newly furbished Museo Dell ‘Automobile in Turin can look at this legendary car every which way.

Peter Collins has put together a marvellous in-depth history of both the road car development and life story of the competition variants, the latter most memorable in the Martini colours. “A machine to be reckoned with during its heyday in the 1980s and 1990s” and still adorned to this day. “Now highly sought after and turning even more heads at the years pass.” Close your eyes – wish and wonder!