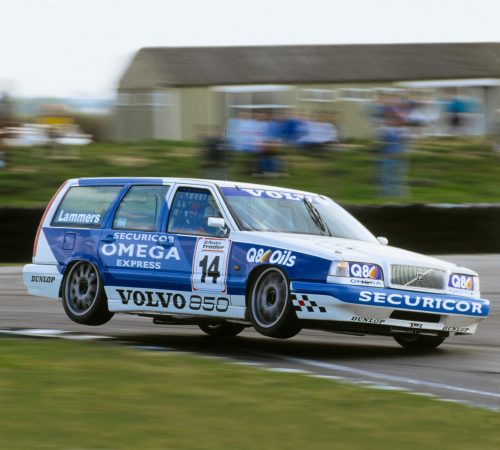 When it comes to estate cars Volvo remains king of the load carrier. While Sports Utility Vehicles (SUV) have taken over the mainstream marketplace there is still a place for ‘station wagons’ or now so-called Sports Wagons (SW). The continuous evolution of Volvo’s family of SW’s has helped the attraction to the Swedish brand and its latest model the V90 is more pleasing to many eyes than its S90 saloon sibling. But how the V90 differs from the first Volvo estate model from 1927. Maybe that’s why it’s called ‘90’ as it marks nine decades since the wagon was revealed bearing the iron mark.

West Sussex based writer Ashley Hollebone has produced this fine historical hard back record of the Volvo estate in this Veloce published book. In his introduction, he mentions that “Volvo was not the first company to build this type of car, but it made its own. The Volvo estate became – and still remained the vehicle of choice for families and trades people.”

Through the 19 chapters details and pictures of each individual estate model flows through from page to pave, culminating with the aforementioned V90, which boasts the “Made in Sweden” motto. Some of the photos featured have not been published before, thanks to contributions from the Volvo Heritage Archives. As a follow-up to tracing the history of this type of Volvo car, a visit to the Volvo Museum in Gothenburg is recommended.

Model names from the early days included Duett and Amazon before the numerals were decided upon beginning with the 145 right up to the V90. My particular favourite was probably the 850 mainly because it turned out it be a most competitive and striking British Touring Car, raced hard by Jan Lammers and Rickard Rydell, built by TWR in the mid 90’s and suitably backed by the Securicor Omega Express.

Remarkably it was not until around then that Volvo went back to its roots somewhat producing a smaller estate, namely the V40 which proved popular with a broader and younger customer base. Incidentally the platform was shared with the Mitsubishi Carisma and built in the Netherlands. A more adventurous customer profile was generated with the arrival of the V70 Cross-Country model which made a path to the V70 XC. All through the years Volvo’s drivetrain efficiencies and safety enhancements was recognised and rewarded accordingly. Ironically the V70 was the last real original Volvo developed before Ford took over the brand and subsequently sold Volvo to Chinese owned Geely. Since then the focus like the vast majority of other car brands have concentrated on creating SUVs, but thankfully under the command of Håkan Samuelsson, the V90 returns Volvo into the top step of the estate car podium with all of the aplomb it deserves.