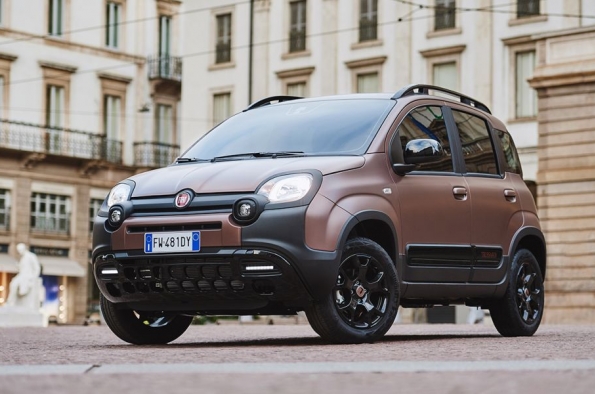 This year, Fiat celebrates forty years of an Italian go-anywhere icon – the Panda. A cult hero that has spawned many much-loved variants and special editions.

Panda I
When the best-selling single was Don’t Stand So Close To Me by The Police, the world was gripped by the Rubik’s Cube and everyone found out who really shot JR, Fiat launched an all-new three-door, five-seat hatchback called Panda. Penned by design genius Giorgetto Giugiaro of ItalDesign, the Panda sat on a brand new front-wheel drive platform with styling cues of robustness and utilitarianism.

Inside saw a simplistic dashboard and seats resembling hammocks attached to metal frames, bringing the exterior feelings of robustness inside, whilst its ethos was to be easy to maintain and inexpensive to own and run.

The name Panda was a late decision and was in honour of Empanda, the Roman goddess and patroness of travellers.

At launch the Panda range consisted of a single 4-cylinder, 903cc, 45hp engine, with a four-speed manual gearbox in one standard trim level. Increased trim levels went on sale in the years that followed the Panda’s launch, including the Panda 4×4 – the epitome of small car go-anywhere fun. Available from October 1984 and priced at £4,390, it received more rugged styling and a four-wheel drive system developed by Steyr-Puch in Austria. The 4×4 was powered by an enlarged 965cc, 48hp engine and was fitted with a five-speed manual gearbox, with a crawler function in a world-first for off-road driving.

1986 saw the debut of The Phantom of the Opera on the West End, the completion of the M25 and a facelift to the Panda, which received cosmetic and engineering updates. Styling revisions include smoothed-out bodywork, wraparound bumpers and single-piece glass in the front windows without quarter lights. Inside, the dashboard succumbed to a major redesign and the 1000 and 4×4 trims received significantly improved seats. Two new and improved engines were also introduced, named Fully Integrated Robotised Engine (FIRE) with options of either a 4-speed or 5-speed manual gearbox. Increasing comfort, all versions except the 4×4 had revised rear ‘omega-shaped’ suspension to improve ride quality.

Throughout its 14 years on sale, the Panda produced some iconic limited and special edition versions, including the Panda Habitat – a partnership with the home furnishings brand – Panda 4×4 Sisley – a partnership with Benetton’s outdoor clothing brand – Panda Dance – red, white or black paint with stripes and Dance logos which became part of the regular Panda line-up. The most well-known, however, arrived in April 1990 – the Panda Italia 90 special edition. Based on the Panda 750 L, it celebrated Italy’s hosting of the 1990 FIFA World Cup with special features including all-white paintwork, body-coloured grille and bumpers, wheel trims designed to look like footballs and blue seat upholstery in a nod to the home team’s kit.

In the year South Africa took a symbolic victory in the Rugby World Cup, eBay went live and the first Toy Story premiered in cinemas, the first generation Panda was discontinued. In June 1995, 14 years after it first launched in the country, the Panda was cut from the Fiat model range. It continued to be sold in other countries until 2003 when its replacement arrived.

Panda II
2003 saw the return of Dirty Den to British television screens and the return of the Panda to the Fiat range. Unveiled in February 2003, Panda was originally destined to be named Gingo, however, ahead of European sales beginning, it was renamed to Panda. Rather than the original’s 3-door concept, Panda II was to be 5-door only with a more rounded exterior style and higher driving stance. When orders opened in January 2004, the Panda sat below the Punto hatchback in the line-up and replaced the Seicento, and would remain on sale for eight years. 2004 also saw Panda named World Car of the Year for the first time.

In 2005, the much-loved 4×4 version of the first generation returned to the range mated to the 1.2 60hp engine. It received unique bumpers, roof rails, thick bodyside mouldings that blended into the wheelarch extensions and increased ground clearance.

When Italy brought home the Jules Rimet Trophy after beating France in the FIFA World Cup, the Panda took a different sporting direction to its footballing compatriots for the very first time. A sports-focused Panda was launched in the form of the 1.4 16v 100HP in December 2006. It featured unique bumpers with a deeper front grille, extended wheelarches, side skirts, body-coloured door mirror housings and door handles, 15-inch alloy wheels and dark grey interior. The Panda 100HP drew great media acclaim upon its launch for its fun driving style, agile handling and do-it-all attitude, and continues to be a fan favourite 14 years later. The model was on sale for four years until production ended in November 2010.

Following on from its strong ‘go anywhere’ message, two factory-built Panda 4x4s were built in order to contest the 2007 Dakar rally, starting in Lisbon. Driven by Miki Biasion and former Dakar winner, Bruno Saby, the Panda 4x4s were powered by a 1.3-litre Multijet turbodiesel combined with a six-speed manual gearbox with 105hp. The two cars were unusual due to the automatic all-wheel drive system with viscous coupling and locking differential – a system that provided more grip and traction on rough and soft terrain thanks to the optimal split of drive to the wheels.

Equipped specifically for the infamously harsh Dakar, aluminium platforms to help extricate the vehicles from soft sand, shovels, spare wheels, water reserves for the crew, and other specialised equipment useful for the event were all built into each Panda. The Fiat expedition to the Dakar rally also included a Fiat Sedici as service back-up, and three Iveco trucks to transport spares and technicians.

Production of the second generation Panda ended in January 2012 to make way for the third generation model.

Panda III
The same year that Michael Phelps became the most decorated Olympian in history and Felix Baumgartner broke the sound barrier by jumping over New Mexico, the Panda returned. The third generation of Panda all-new five-door hatchback sat between the 500 and Punto and is underpinned by an updated version of the same Fiat Mini platform. With a similar silhouette as its predecessor, the third generation Panda had an altogether more rounded look, dominated by ‘squircles’.

At launch, the Panda range consisted of 1.2-litre 69hp and 0.9-litre TwinAir 85hp petrol engines, with a 75hp 1.3 MultiJet diesel option. All received manual transmissions as standard, but a Dualogic sequential transmission was available with TwinAir models.

At the end of 2012, stalwarts of the Panda range – 4×4 and Trekking joined the line-up and immediately captivated customers with the 4×4 victorious in TopGear Magazine’s SUV of the Year. Similarly to the previous 4×4 trim, it received enlarged bumpers with skid plates, deeper bodyside mouldings, black wheelarches and side skirts, 15-inch alloy wheels and increased ground clearance.

A new addition to the Panda range arrived in 2014 – when Pharrell ruled the airwaves with ‘Happy’ – the Panda Cross 4×4. This complementary trim level was based on the 4×4, but with extensive cladding, different bumpers with holed skid plates, revised lights, unique 15-inch alloy wheels, hill-descent control and three driving modes for traversing different kinds of terrain. The Cross also received a unique engine range with a 90hp TwinAir petrol, featuring a six-speed manual gearbox including a crawler first gear, and an 80hp MultiJet diesel.

After encouraging customer feedback, Panda City Cross was launched in 2017. The variant received all of the same external additions to the bodywork as Panda Cross 4×4 but was only available in front-wheel drive and the 1.2-litre 69hp engine.

In September 2018, Fiat collaborated with Waze navigation to create the Panda Waze special edition. Based on the City Cross, special features included Waze integration within the Panda Uconnect smartphone app, a Waze logo on the front wings, black side mouldings and 15-inch wheel covers. The Panda Waze became available in 4×4 guise in 2019 as a limited edition.

The newest entrant to the Panda line-up is the Panda Hybrid, launched in early 2020. Receiving a 1.0 70hp engine, combined with a 12-volt Belt-integrated Starter Generator (BSG), the Panda Hybrid offers 49.6mpg and 89g/km of CO2 emissions. 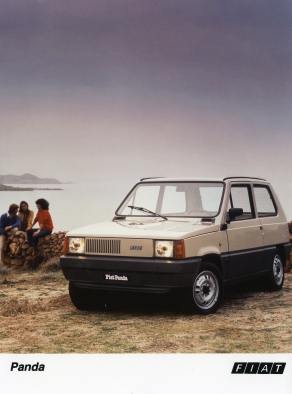