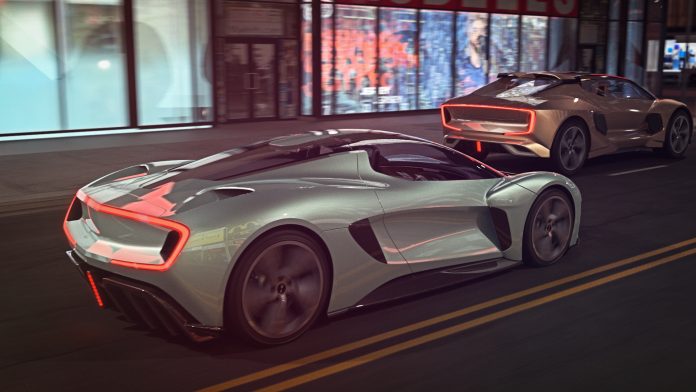 Established in 1999, Paramex is currently undergoing a period of accelerated growth and is to move into new facilities in Coventry, the heart of Britain’s automotive industry. A leader in digital design, visualisation & innovation, serving the automotive and engineering sectors, Paramex is expanding its services and setting up an academy to train future generations to help ease the shortage of highly-skilled young people joining the industry.

Burgess joins as Chief Design Officer and his appointment signals the start of a new era of contemporary, technology driven design practice. Following the recent global pandemic, the adoption of digital modelling, visualisation and presentation tools has necessarily become much more prevalent to enable businesses to maintain creative momentum.

Burgess will oversee the creative design, digital modelling, digital visualisation and engineering services Paramex offers to the transport design and consumer product industries. He brings a wealth of creative design and leadership experience, having worked for some of the world’s finest, premium automotive manufacturers including Jaguar Land Rover, Aston Martin, Rolls Royce and Geely.

Wayne commented: “The global pandemic has changed the way we all work and proven what we already knew; that we can successfully create cars, products and visual assets remotely, in the digital realm. I am tasked with overseeing this very exciting period of innovation at Paramex, helping our clients move their businesses forward by offering state of the art services.”

“Having spent nearly 30 years designing cars for some of the most prestigious brands in the business, it’s time for me to share the benefit of that knowledge and experience with the widest possible audience, as our industry moves towards an era of sustainable, connected, zero emissions and, ultimately, autonomous vehicles.”

Phil Hands, CEO, Paramex, said: “Wayne is an outstanding and exceptional designer with a strong back catalogue, boasting some of the most prestigious names from across the automotive and design world. He brings with him a wealth of experience, not just within automotive design but in understanding the developing tech in the design industry, and this is where Paramex excels. He joins us at a very exciting time as we accelerate through a period of growth, expanding our team and moving into new facilities in the heart of the UK automotive landscape.”

Paramex has provided design and engineering resources to the automotive industry for over 20 years, either in the form of expert individuals, placed within the client’s organisation, or specifically curated teams delivering ‘turn key’ projects. Paramex is proud to provide its services to Original Equipment Manufacturers (OEMs) on a global basis.

Wayne Burgess Biography:
Most recently Head of Design/VP at Geely Design UK, Wayne previously spent 21 years at Jaguar, starting as Principal Designer in 1997. Then, working closely with Ian Callum, he was seconded to Aston Martin in 1999, leading the design team responsible for the Aston Martin DB9 and what ultimately became the V8 Vantage. Returning to Jaguar, Wayne became Chief Designer on several programs, most notably the XF and F-Type, before being promoted to Studio Director, where he also looked after Jaguar’s SVO projects, such as Projects 7 & 8 and the I-Pace E-Trophy.

Before joining Jaguar, he worked for Omni Design International, on a variety of vehicle exteriors and interiors for various manufacturers, including Rolls Royce & Bentley (where he oversaw the exterior design of the Seraph and Arnage) and Rover Group. His first role in the car industry was Designer for LTI Carbodies, creating a replacement for the London Taxi, which ultimately became the TX1.