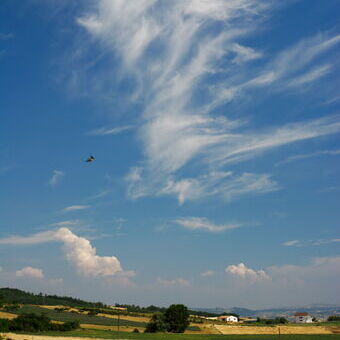 Motor dealers across Ireland have welcomed the omission of the proposed ban on the sale of new petrol and diesel cars from 2030 in the Government’s Climate Action bill, which was published yesterday.  The Irish Car Carbon Reduction Alliance (ICCRA), which represents the majority of Ireland’s new car dealers, says the proposed ban was open to legal challenge had it proceeded.  Denis Murphy, ICCRA spokesperson stated: “The ban was proposed based on flawed and incomplete data and would also have been illegal under EU law. If the Government is really serious about tackling transport emissions it should encourage motorists to purchase newer cars, which are greener.” ICCRA is calling for an immediate and significant reduction in Ireland’s excessive motor taxation levels in the upcoming budget.

“The Government and the Green Party in particular are ignoring expert advice and evidence on reducing emissions from cars. As recently as last week, the Climate Change Advisory Council, in their annual report¹, highlighted the need for policy to stimulate accelerated new car turnover, stating that current EV targets are optimistic and unlikely to be achieved without it. We have also shared an expert independent report by economist Colm McCarthy. It is easy to set targets but difficult to achieve them without a clear strategy based on accurate data and expert opinion.

“Increasing the price of conventional cars through further tax hikes is not going to make Electric Vehicles more affordable or any meaningful difference to emission levels. What is required instead is a significant reduction in VRT in the upcoming budget. Ireland has the second highest rate of car taxation in the EU and the second most expensive cars. As a consequence, motorists are holding onto their existing older cars for longer, increasing rather than solving our emissions problem.  The average new car sold next year will emit 28% less CO2 than the average car currently on Irish roads, so for every car replaced in 2021 with a newer cleaner car, we can achieve significant emission reductions. It would be a win-win for everyone,” says Mr. Murphy.

“However, what is often lost in the discussion around carbon emissions is that cars only account for approximately 12% ² of Ireland’s greenhouse gases.  What appears to be emerging here is an anti-car stance. The EU has no ban or end date for the production of petrol or diesel cars. Its focus is on reducing emissions with significant penalties if these targets are not achieved.  European car manufacturers are committed to these targets and to reaching carbon neutrality by 2050 with an interim target of a 30% reduction by 2030, which the industry is well on the road to achieving. They will face enormous penalties if they miss these targets. Furthermore, the industry has signed up to the Paris Climate Accord and is investing billions in new emission free technologies. The car industry is doing far more than other industries to tackle carbon emissions and should be left to get on with the job.”

“We support the Government’s commitment to address climate change. However, it cannot continue to make populous statements or set targets without a clear strategy grounded in accurate data and expert opinion.  In 2008, the Government, which included the Green Party, set a target of having 250,000 electric cars on the Irish roads by 2020.  Currently there are 10,290. Electric vehicles (EVs) are the future. The CAP’s latest target of 840,000 EVs by 2030 is doomed to fail spectacularly also unless there is meaningful action by the Government on taxation. A significant reduction would provide an important stimulus to the replacement of Ireland’s vehicle fleet and the achievement of real and lasting reductions in our carbon emissions.”