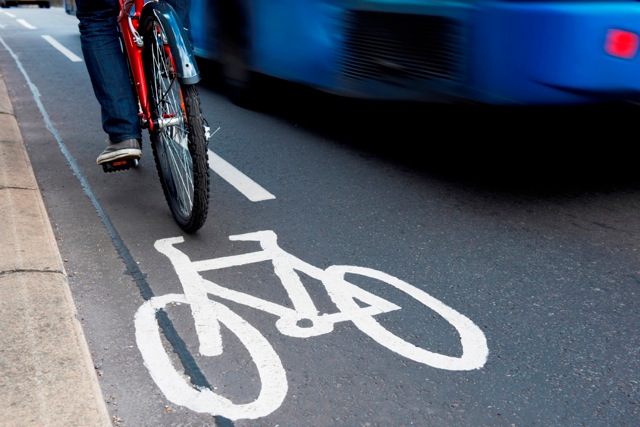 A survey on road users’ attitudes by motoring solutions specialist easytrip has revealed that neither motorists nor cyclists believe the other pays enough attention to them on the road. While 56% of cyclists say that drivers don’t pay enough attention to them, 69% of motorists make the same claim about cyclists with almost a third of drivers describing cyclists as a “menace” on the road. However more than 40% of drivers say that they do understand the challenges faced by cyclists.

‘Offences’ by motorists
When cyclists were asked about witnessing ‘offences’ committed by motorists, the following mishaps were referenced as the top three:
· Motorists not using indicators
· Drivers failing to leave enough space between their car and the kerb for the cyclist
· Motorists cutting off a cyclist when taking a left hand turn

From the motorists’ own perspective, more than half of all drivers themselves admitted to witnessing mishaps involving other drivers or car passengers such as opening a door while a cyclist is passing. This was followed by motorists cutting cyclists off when taking a right or left hand turn (26%) and pedestrians stepping out into oncoming traffic without looking whilst glued to their mobile (20%).

‘Offences’ by cyclists
A staggering 95% of drivers claimed they had witnessed a cyclist acting illegally or dangerously on the road. The top three incidents were highlighted as:
· A cyclist breaking a red light
· Cycling on the footpath
· A cyclist failing to wear high visibility clothing in dark weather conditions

Meanwhile, 98% of cyclists agreed that the most common ‘rule breaker’ made by cyclists was breaking the red lights at traffic junctions or pedestrian crossings, followed by cyclists failing to make a hand signal when turning and not having the appropriate lights on their bikes.

Road tests for cyclists
The easytrip road user’s survey also revealed that 55% of motorists felt that cyclists should undergo some form of testing, either theory and/or practical before being allowed to cycle on main roads. Whereas cyclists themselves were split on this issue, with 50% saying yes and 50% saying no.

On-the-spot fines for cyclists
The government is set to introduce on-the-spot fines (around €50) for cyclists in March this year for offences including breaking red lights, cycling on a footpath or cycling in the wrong direction against traffic flow. A low 33% of cyclists would actually welcome the fines while 59% of Irish drivers say that the fines will be of benefit to all road users.

“I believe that our survey shows first and foremost a general lack of understanding or empathy between motorists and cyclists, and understandably these negative attitudes have been a result of their day-to-day experiences on the road,” says Colin Delaney, General Manager of easytrip.

“This is unfortunate because the fact is, we all make mistakes; nobody is blameless,” Mr Delaney says. “Our roads are getting busier but there is space on our roads for all and it’s extremely important that we become more courteous and mindful of our fellow road users and remove the ‘them and us’ attitude. I’d even go so far as to suggest that motorists get on a bike to see what it’s like for a cyclist and likewise for a cyclist to get in a car.”