Home Direction Police warning: don¹t drive if you have been drinking alcohol or taking... 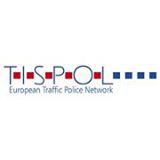 POLICE OFFICERS across Europe begin a week-long campaign on Monday 9 December to raise awareness of the dangers of drink driving and drug driving. The campaign is co-ordinated by TISPOL (the European Traffic Police Network), and involves officers carrying out alcohol and drug checks at any time of the day and night.

TISPOL President Koen Ricour says:  “Slower reactions, poor judgement of speed and reduced co-ordination and concentration can all be caused by drinking alcohol or taking drugs. Drivers can expect highly visible and widespread enforcement of alcohol and drug laws during the operation, at any location and at any time of day or night. So ask yourself, before you get into your vehicle, could alcohol or drugs affect your ability to drive safely?
“Most people know that driving while over the drink drive limit is a criminal offence, but they can be less clear about what constitutes a ‘safe’ amount of alcohol. That’s why we seek to simplify the situation. Your ability to drive safely is impaired by even a small amount of alcohol. So if you have had a drink, do not drive. If you need to drive, then do not drink.”
Koen Ricour says it’s important to be aware of the continuing effects of alcohol the morning after drinking the previous evening. “Your body takes time to remove alcohol from your system. If it is still present in your body, then it will be identified during a breath test. That’s why a night’s sleep is no guarantee that you’re safe and legal to drive the next morning,” he warns.
“If you have used recreational drugs, then do not drive. If you are taking medicine, whether prescribed or purchased over the counter, then read the notes of advice that go with it. If these tell you not to drive after taking the medicine, then do not drive. The advice is there for a reason, to keep you and others safe.”
“If you are in any doubt about medicines and driving, then our advice is to consult a healthcare professional before you get behind the wheel.”
During a similar week-long operation in December 2012, 1.2 million drivers were checked in 29 European countries. Officers reported 13,236 alcohol offences and 1,830 drug offences, as well as more than 2,500 other crimes.