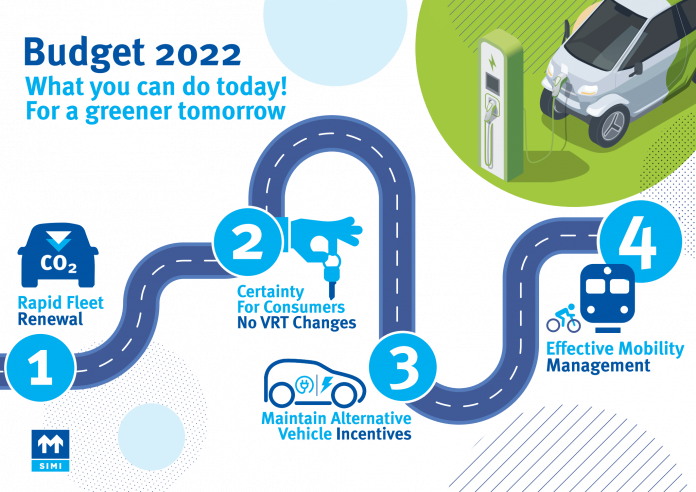 Regressive tax proposals will not reduce the huge number of older polluting cars on the road, which will greatly hamper both Ireland’s ability to reach its climate change targets and the Irish Motor Industry’s proactive efforts to decarbonise the nation’s entire car fleet. These proposed tax increases would mean that consumers will have to pay more tax next year to make better environmental choices.

Brian Cooke the Director General of the Society of Irish Motor Industry (SIMI) is deeply concerned at the recent proposals from the Tax Strategy Group (TSG) which are retrograde, regressive and run counter to efforts to materially reduce transport emissions. The proposed detrimental tax changes would see an increase in price of the vast majority of new electric vehicles and lower emitting new family cars, encouraging people to keep their older more polluting cars for longer, thus maintaining and possibly even adding to the current number of 900,000 cars over 10 years old already on Irish roads. These proposals will undoubtedly impact negatively on Ireland’s ability to reach its climate change targets.

At a time when the Government wants people to move into electric vehicles (EVs), the TSG’s proposed recommendations include an increase in Vehicle Registration Tax (VRT) on EVs by an average of €1,500, with some of the more popular family models receiving a price hike as a result of up to €2,800. Other new cars, even those with much lower emissions than cars currently on the road, would also suffer an average tax increase of over €1,300, despite already being targeted in last year’s Budget. The proposals to reduce the threshold for the VRT relief on electric vehicles would result in increased VRT on over 70% of EVs currently for sale. This would mean that consumers will have to pay more tax next year to make a better environmental choice.

If the Government is serious about reducing emissions from transport, these proposals cannot be considered as they will clearly deter motorists from trading up to lower emitting cars. This will only serve to reverse any progress in the motor industry’s ongoing proactive goal to completely decarbonise the country’s car fleet. In addition, increased taxes will merely slow down progress on the creation of an active vibrant used electric vehicle market, a market that will make EVs affordable for a greater number of motorists.

SIMI Director General Brian Cooke said “It is entirely unconscionable that the retrograde step of effectively increasing VRT on Electric Vehicles and low emitting cars is under consideration when we are at such a critical juncture in driving down emissions from transport. The Motor Industry, while currently operating at recession levels in terms of new car sales, is now emerging from the pandemic, and is a sector that is vital to the economy, as the second highest contributor to retail consumer expenditure.

The Industry is putting forward clear and positive plans to assist the Irish Government reduce emissions by:

Mr. Cooke continued: “The consumer, together with the Industry has delivered over 120% growth in Electric Vehicle sales alone this year. This level of achievement would not have been attainable without the Government supports currently in place. To reduce the EV supports now, or to increase VRT on cars already burdened by last year’s substantial tax increases, only serves to add tax to consumers who want to make better environmental choices. It also adds to customer confusion as to whether an Electric Vehicle is the right decision for them, at a time when there is more and more choice out there. These proposals, if implemented, will simply slow down growth in Electric and low emitting vehicle sales. For consumers to make better environmental choices, the best options need to be affordable. We can succeed in significantly reducing our transport emissions. By taking the 900,000 cars that are over 10 years old off the road and replacing them with newer cars we can reduce emissions by a staggering 270,000 tonnes of CO2. To put this in context, this is equivalent to the growth of 13.5 million trees in one year. The more that can be done now, the quicker a functioning second-hand Electric Vehicle market will be available, which will bring more potential EV buyers to the market. It is imperative that we build up enough stocks of electric vehicles to eventually create a thriving second hand market in this sector and this will help Ireland achieve its Climate Change targets.

The Motor Industry is showing the way by providing the new cars that will make a real difference. We are fully committed to de-carbonising Ireland’s car fleet. If the Government is similarly committed, it should lead by example, extend the current Electric Vehicle incentives and not increase VRT further in the forthcoming Budget