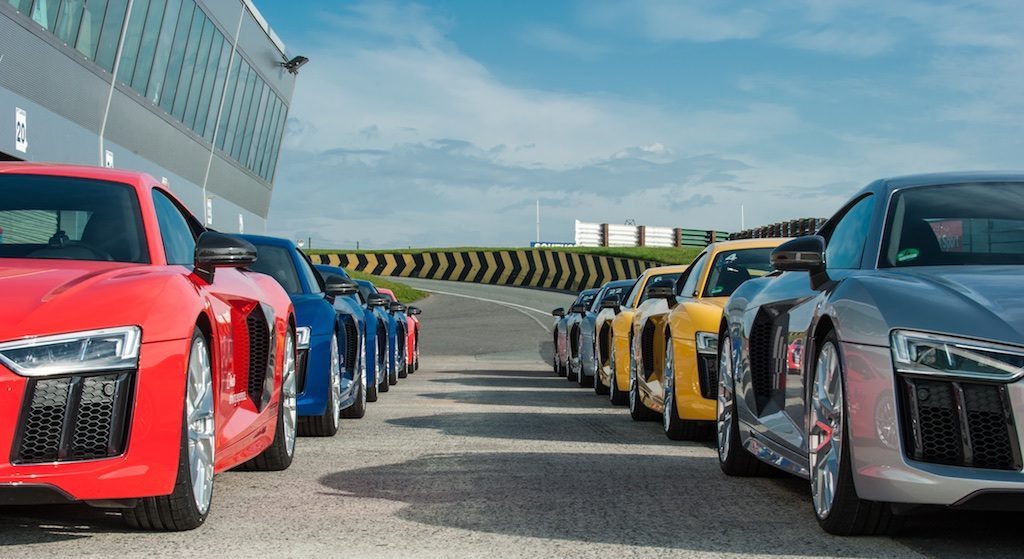 Some offers you just can’t say no to. Like the recent one from Audi to drive three of its most extreme products at speed around Mondello Park’s full International race circuit. Well it would have been churlish to say no, wouldn’t it?

On offer was the RS6 Avant, a relatively tame looking estate car that packs a serious punch under its sensible exterior. Namely a power output of 605 hp (yes you read that right) and 750 Nm of torque from a 4.0 litre TFSI V8 biturbo engine. Those figures allow an acceleration time from 0-100 km/h in just 3.7 seconds – that’s rarified supercar territory. 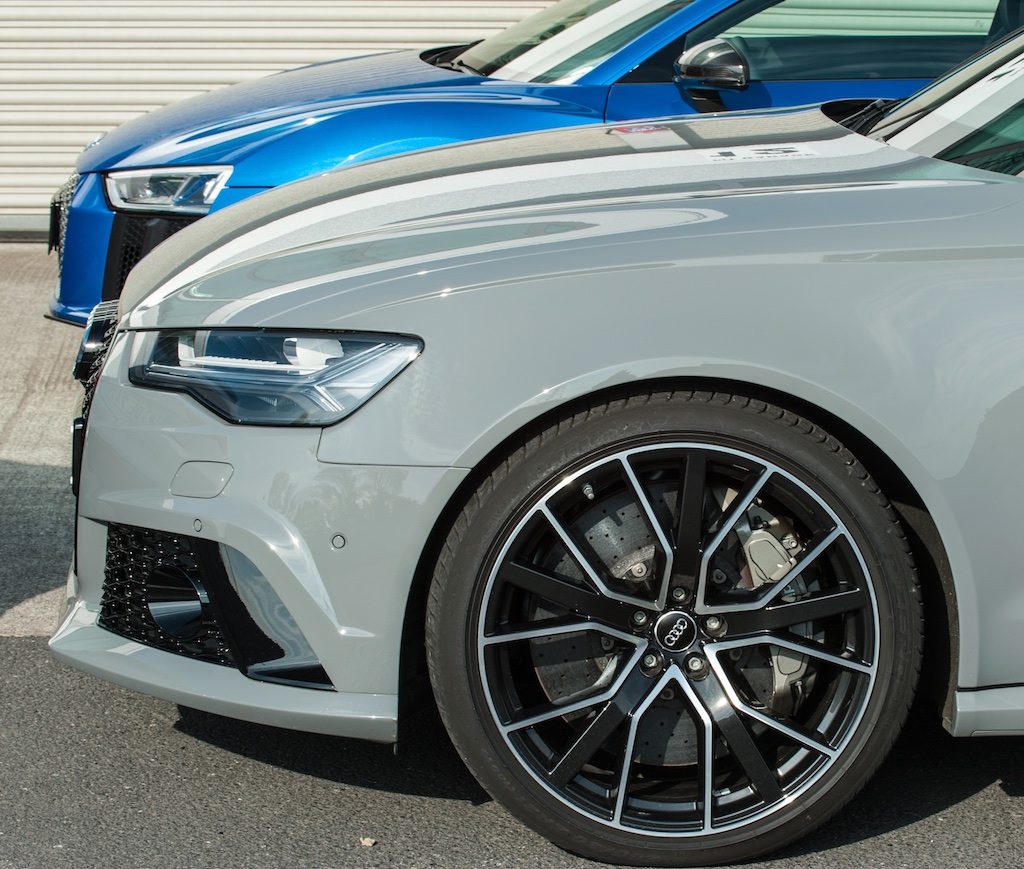 The slightly more sporty looking, but still quite normal RS7 packs the same mechanicals into a Sportback body. Both cars have received a recent update giving them an extra 45 hp.

Then there was the R8. This is the second generation of Audi’s supercar, and in V10 plus specification it boasts marginally more horsepower – 610 hp – than the ‘sensible’ cars, but its lighter weight and slippy aerodynamics push it from a standing start to 100 km/h in a mere 3.2 seconds. Perhaps more impressively it will go from 0-200 km/h in just 9.9 seconds – that’s faster than most cars will reach 100 km/h. Keep the accelerator pressed and the R8 will eventually run out of grunt at a staggering 330 km/h (205.1 mph).

Cue a bunch of excited if slightly nervous motoring journalists on an early Tuesday morning as the experts from Audi’s Driving Experience Team set about warming up the collection of valuable machinery before letting us loose on track. Though not before we had a tutorial on driving techniques including the all-important correct seating position, and how to take the correct racing lines.

With such power under the four wheels (naturallly all these cars come with 4WD Quattro traction), stopping is just as important as acceleration. To demonstrate this we used the RS6s and RS7s to accelerate hard, then brake equally hard while serving around obstacles. If the acceleration pushes you back in your seat, then the braking power was equally impressive, as was the ability to serve safely at considerable speed.

On to the R8s, and after learning the track in sections, we put all our newly found knowledge to the test. What’s impressive – but in a slightly obtuse way, also annoying – about the R8 is just how easy it is to drive normally. In some ways you want your supercar to be a bit of a beast that you have to fight to get the best out of, but the R8 is no recalcitrant show pony. Traction and grip levels are incredible, and even if you do start to exceed the limits, the car works with you to get you through safely. Pile into a corner too fast and the R8 will start to gently understeer, but as soon as you lift off the nose tucks back into line. Equally if you reach the limits of adhesion at the back, it doesn’t just snap out into sudden oversteer. It’s a car that can make an average driver feel like a great one.

For me though the car I would buy if my lotto money came in is the RS6. That combination of ‘normal’ looks, the same practicality as a regular A6 Avant, and incredible V8 bellow combined with blistering performance makes it the ultimate wolf in sheep’s clothing. 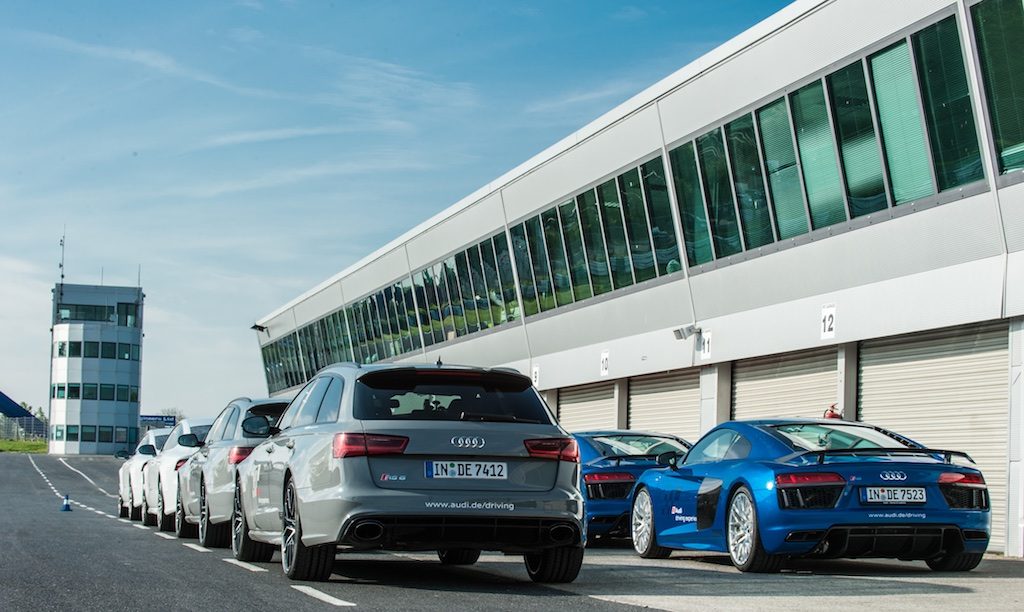 Audi won’t sell many of these cars – that isn’t its intention – but as exercises in showing how race car technology can be transferred to road going cars, they are a valuable showcase of what the brand stands for. Me, I’m just wondering how many lotto tickets I can afford this week.