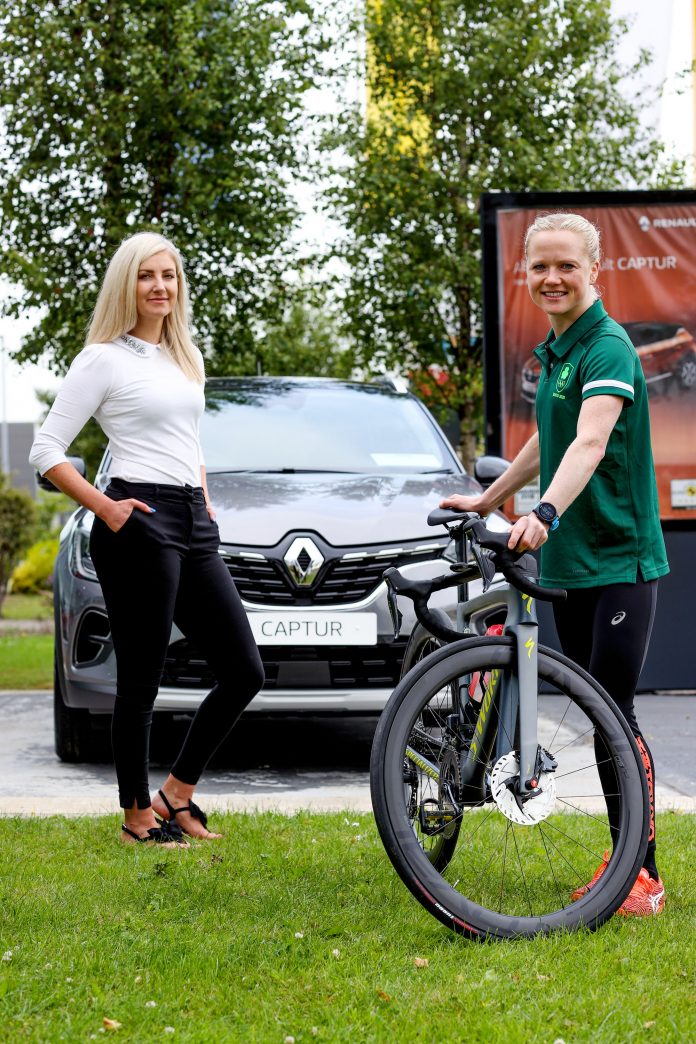 Renault brand ambassador Carolyn Hayes is Ireland’s lone female triathlon representative at the Olympics this summer, and has just arrived in Japan with Team Ireland.

Carolyn began her Olympic journey in 2012 and earned her trip to Japan via a pair of top-10 performances in the recent World Triathlon Cup event in Lisbon and the World Triathlon Championship Series Leeds (WTCS) race – the highlight being a second-place finish behind former Olympic Champion Nicola Spirig in Portugal.

A fully qualified medical doctor Carolyn has been a Renault brand ambassador since 2015 and Renault has provided Carolyn with a new Captur each year to support her training for competitions, and ultimately her Olympic dream.

Carolyn is pictured with Caroline Lawlor of Renault Ireland wishing her the best of luck as she took off on her Olympic dream journey.

Caroline Lawlor, Renault Ireland: “We are delighted for Carolyn who has worked so hard over the past years to get to this amazing place, and so proud that she is one of our brand ambassadors. We wish her the very best of luck over the next few weeks and will be cheering for her all the way”.