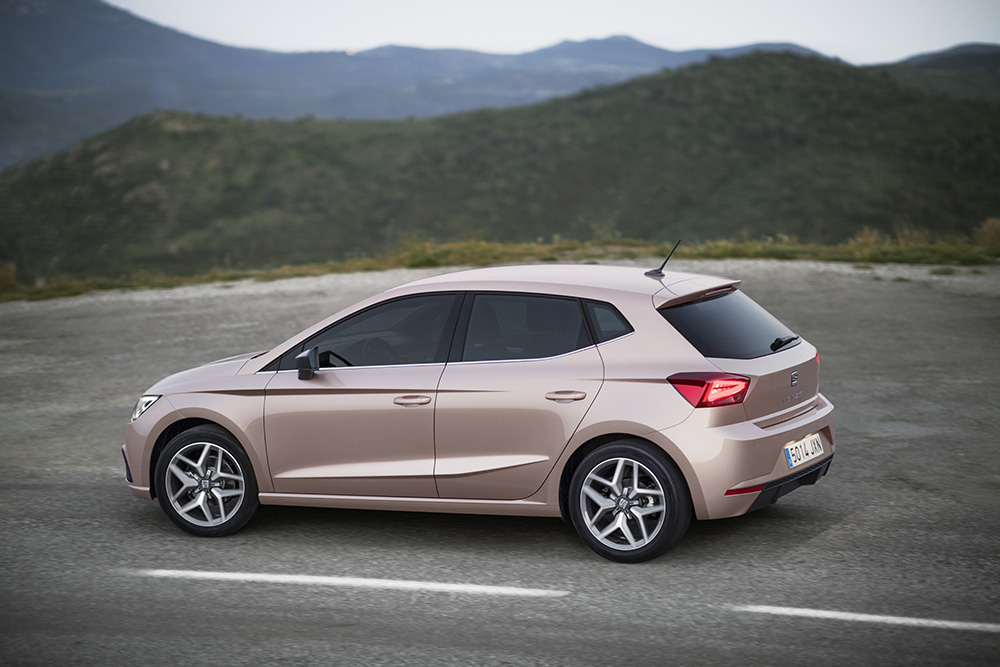 The Ibiza was the car that first brought Seat to the attention of Irish buyers. In its various incarnations it has been around since 1984, and was the first car from the brand to be sold in any volume outside its native Spain.

A new fifth generation model goes on sale this month, and marks a significant step forward for the supermini that has sold over 30,000 units in Ireland since the eighties.

Seat has been doing rather well in recent times, recording its best ever global results in 2016. In Ireland sales are 15% up so far in 2017 in a market that’s down 10% overall. The mid-sized Ateca crossover has helped in this regard, and with additional new models on the way, including a new compact crossover, the Arona, arriving later this year, plus a large SUV coming in 2018, there’s a lot of positivity around the brand. Back to the new Ibiza, and rather significantly it’s the first car in the Volkswagen Group to be launched using the new MQB-AO platform. This will also underpin a variety of compact models including the next generation Audi A1 and Volkswagen Polo. The fact that Seat is the first model to go on sale with this platform reflects on the importance of the Spanish brand within the Group

The new Ibiza will be offered as a five door model only, Seat acknowledging that the increasing popularity of crossovers has made the possibly of offering three-door or estate models, as was the case with the outgoing version, untenable.

The five door hatch a smart looking design, more sculpted than the outgoing model, and bearing more than a hint of resemblance to its big brother, the Leon. Seat was at pains to point out that it’s no longer than before – something that’s important in this category of car where ease of parking counts for a lot. However it’s marginally wider and boasts a longer wheelbase by 95mm, the net result of which is a  well proportioned and balanced looking car.

There’s a new sense of style about the interior too, with the rather budget looking finish of the last Ibiza replaced by high quality plastics and well positioned controls. The longer wheelbase means four adults can be reasonably well accommodated. The boot, with a capacity of 355 litres, is best in class, says Seat. Available features include an 8” infotainment touchscreen with smartphone interfaces, a Beats sound system, and full LED headlights – a segment first.

Engine options at launch include an entry level 1.0 litre MPI petrol engine with 75 hp, and a 1.0 litre 3-cylinder turbo-charged TSI unit with 95 and 115 hp. A 1.5 TSI 150 hp FR version follows in September. You’ll have to wait until November for 1.6 TDI diesel versions with 80 and 95 hp outputs.

Driving the 115 hp 1.0 TSI in Spain, it was noticeable just how quiet and refined this new Ibiza is.  As the more budget oriented brand in the Volkswagen Group, sound deadening – or the lack of it – has sometimes been an area where you could hear and feel where money had been saved in past models. Not so here, the Ibiza feels thoroughly well put together, and at least on a par with any of its class rivals.

Secondly, that new platform is 33% stiffer than before….and it shows. The Ibiza has taken a big step forward in both the ride and handling departments, with a poise and assurance much improved on the old car. Combined with 115 hp engine which pulls remarkably well for its small capacity, it’s a very mature, yet fun to drive car.

Competition is tough in this supermini segment, but this new offering from Seat is worthy of very serious consideration indeed.