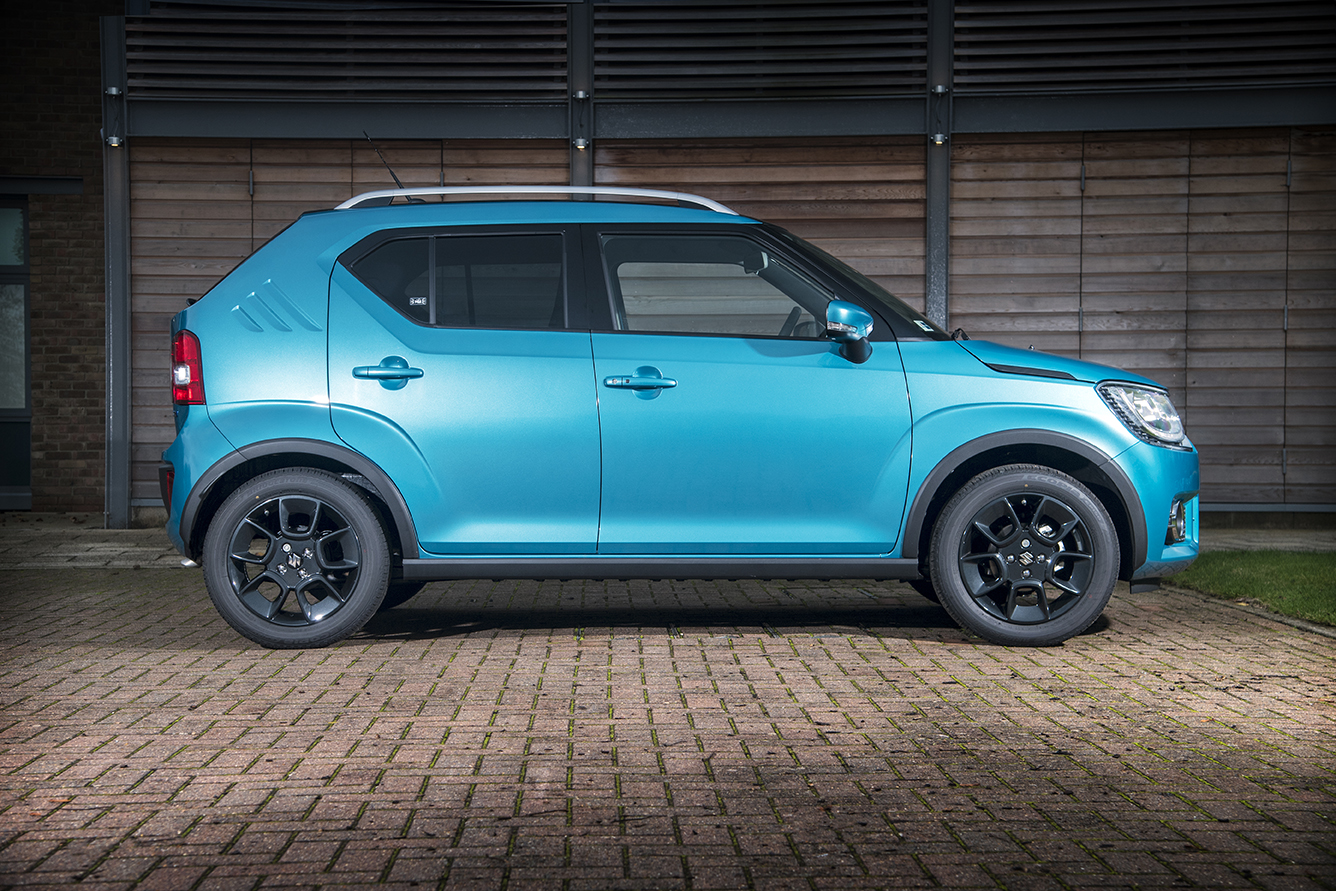 When you see a city car looking like it could take on the Serengeti, you know the crossover craze has taken firm hold. Certainly if you recall the original Ignis, produced between 2000 and 2008, you’ll probably do a double take on viewing the new model. The rather tame and bland styling of the earlier car has been replaced by something much more distinctive and striking.

Actually on first viewing I wasn’t wholly convinced about its looks. Specifically the rear three quarter view which bears resemblance to some past Ssangyong models best consigned to design history. But spend a little time with it and it starts to grow on you. From other angles, particularly head on and from the side, the chunky design, with wheels firmly planted in each corner, is well proportioned and actually rather appealing. It’s also very much in tune with our current desires for off-road SUV styled vehicles.

Not that the Ignis is really intended as an off-roader – this is a city car first and foremost (though you can order it with a 4WD Allgrip system). So it’s compact and easy to manoeuvre, with one of the tightest turning circles I’ve come across. It’s also surprisingly roomy. Although marketed as an A-segment car, it feels as spacious as many cars in the class above. Rear seat passengers are notably well catered for, with ample head and legroom. A sliding rear seat facility means a maximum boot space of 267 litres is perfectly acceptable for a car with such compact overall dimensions. There’s a bright and cheery interior which suits the nature of the car. Some of the interior materials look and feel slightly cheapish, but with body coloured interior panels clear and easy to understand instrumentation it’s a pleasant place in which to spend time. There’s just one engine option – a 90bhp 1.2 litre four cylinder Dualjet petrol unit, albeit also available in tandem with a mild hybrid. This SVHS (Smart Hybrid Vehicle by Suzuki) model incorporates an Integrated Starter Generator (which acts as both a generator and starter motor) and lithium-ion battery under the passenger seat. Although there is no increase in horsepower, it assists the engine during taking off and acceleration while regenerating under braking.

Three model trims are offered with the entry level SZ3 available at €12,995. With that you get a DAB radio, Bluetooth and air-con as standard. The SZ-T adds a 505:50 split sliding rear seat, roof arches, 16” alloys, a navigation system and rear view camera as well as wheel arch extensions giving it an off-road look. It’s priced at €14,495. The top of the range SZ5, priced at €16,495 features such niceties as LED headlights, keyless start/entry, full air-con, cruise control and a Driving Assist System.

That latter feature may make the SZ5 the model to go for on safety grounds alone. Euro NCAP has awarded it a full five stars, whereas the lower trim models only get three stars due to the lack of autonomous braking.

A manual automatic gearbox is offered on the SZ-T and SZ5 for a premium of €1,500, while the same money again will get you Allgrip traction – it’s only offered on the SZ5 with mild hybrid power.

Available at launch is a special offer of €350 worth of fuel, or 3 years’ free servicing.

On an extremely soggy day in County Wicklow I tried out an SZ-T non-hybrid front wheel drive, and the range-topping SZ5 with Allgrip and hybrid power over a mix of country roads and motorway. Both offered quite lively performance, with a fairly soft suspension set-up which suits urban driving.

Performance wise there is very little to discern between the two, with the 2WD feeling a little nippier if anything. Interestingly with both cars having been trashed around by motoring journalists over couple of days, the 2WD was averaging nearly 50mpg, whereas the SZ5’s average was just over 43mpg. We’d need a longer period with the cars to determine accurate fuel returns though.

We don’t tend to be huge buyers of small cars here in Ireland, but if you want something different in a compact yet spacious package, the Ignis is worth checking out. It’s a a car that surprises pleasantly in more ways than one.