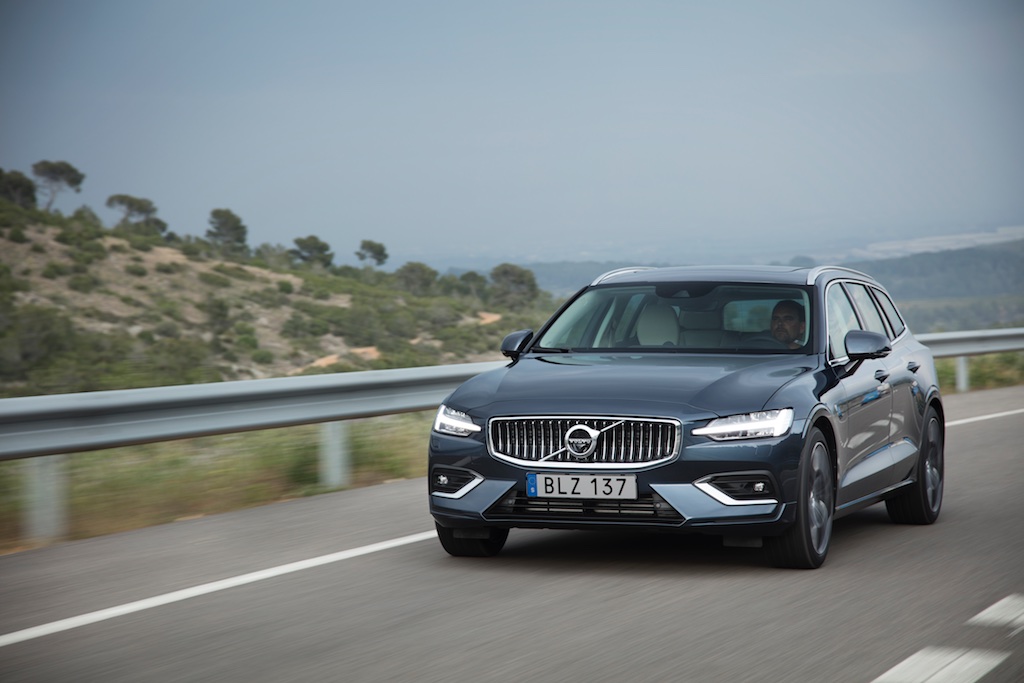 An all-new Volvo V60 arrives here in July, and reiterates that the Chinese owned Swedish brand is very much at the top of its game. 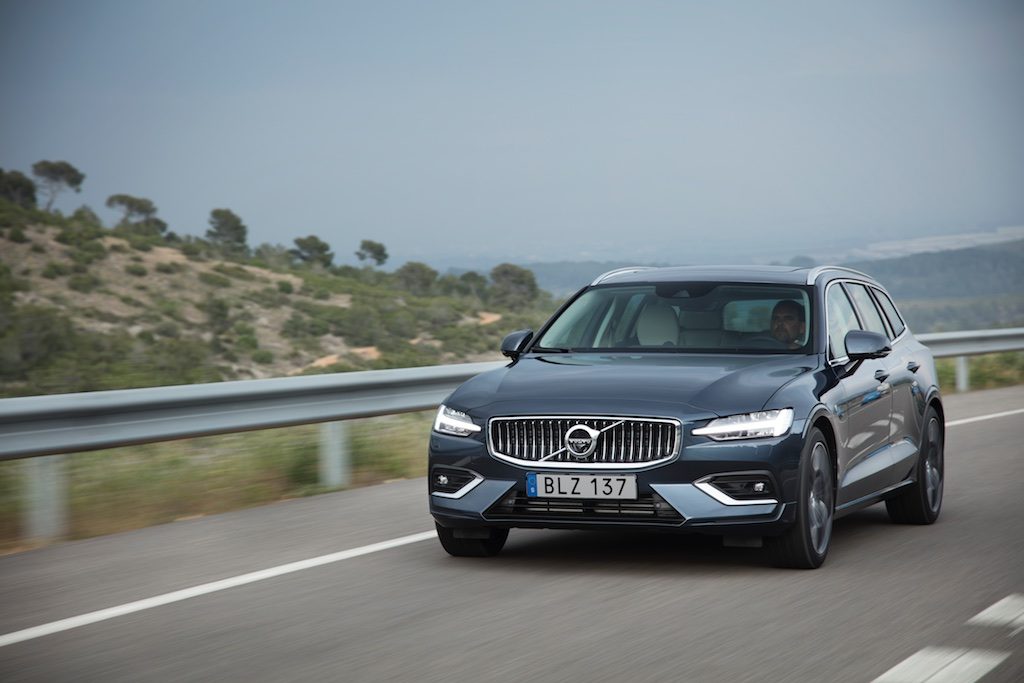 Interestingly, the saloon version of the V60 which will follow in early 2019 will not be offered with any diesel engines, which might limit its appeal to fleet buyers. The good news though is that the estate goes on sale with the choice of 150PS D3 or 190PS D4 2-litre diesels. In fact it will be 2019 before T6 and T8 Twin Engine petrol hybrids become available, with a T5 petrol coming later.

We’ve driven the new V60 in Spain, and it’s really rather good. First of all, it’s one of the most striking cars – never mind just estates – out there now. Undoubtably taking styling cues from the larger V90, it’s possibly better proportioned overall, sitting low and wide, with strong belt lines and distinctive front face giving it its own distinct identity. 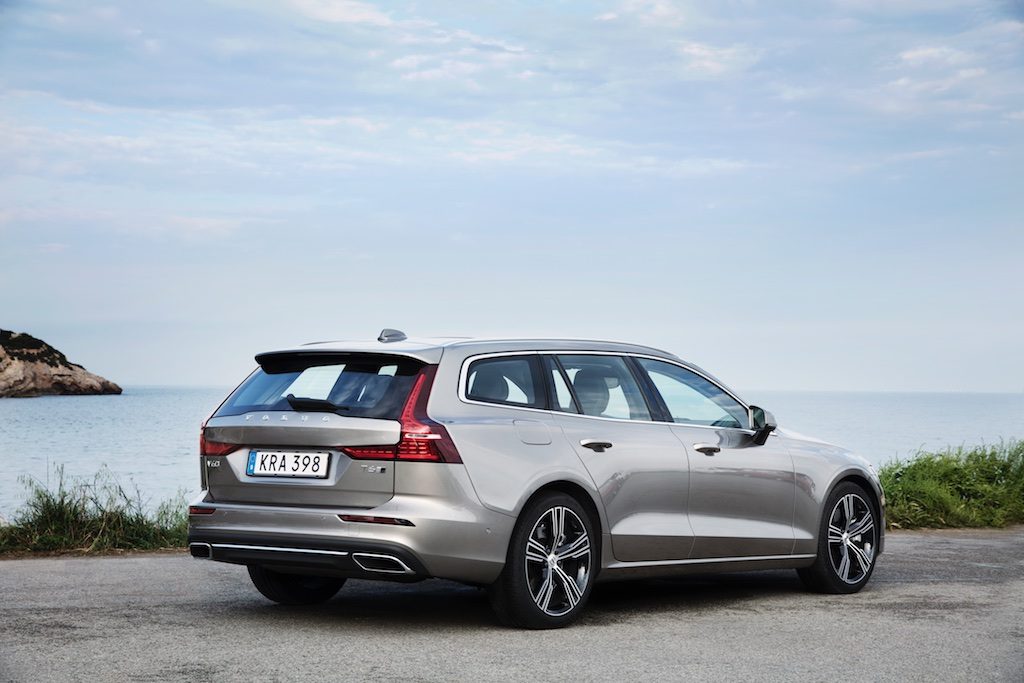 The interior is also top notch. Drawing heavily on features first seen in the current XC90, it oozes quality from top to bottom, with tactile-friendly materials throughout, and nicely weighted switchgear. The large Sensus touchscreen interface dominates. Despite some reservations about the amount of swiping and general need to take your eyes of the road to view the extensive menus, it remains one of the most intuitive and appealing systems on the market more than three years since it first appeared. 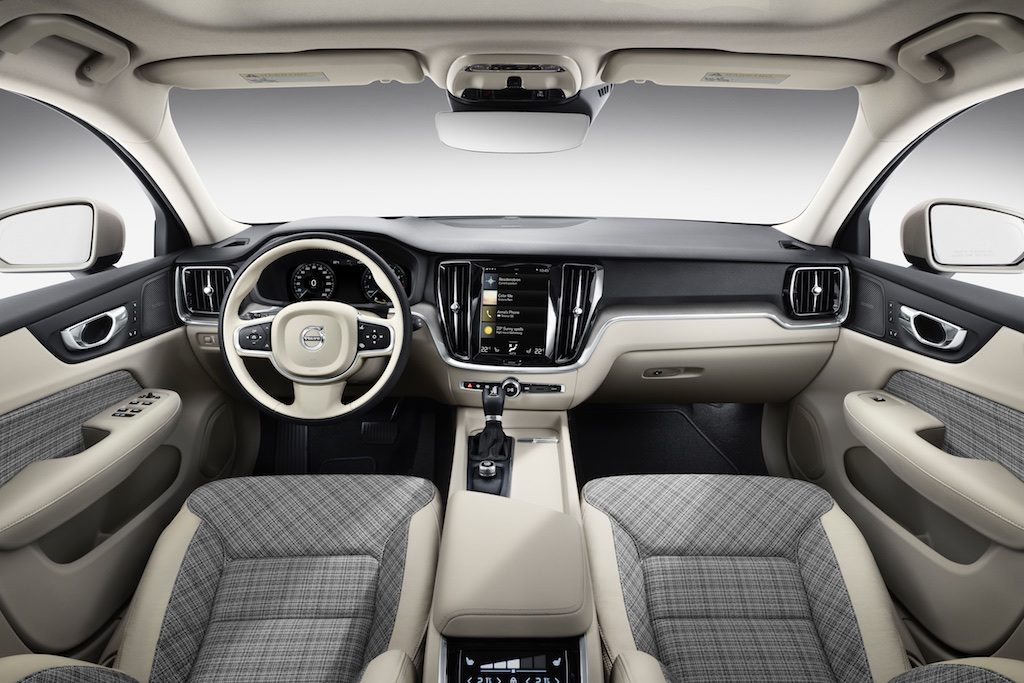 The new V60 is more than just a pretty face. The outgoing V60 was a disappointment if load carrying – a traditional Volvo virtue – was the priority, with a surprisingly compact boot area and tight rear legroom. Despite having a stylishly raked rear window, Volvo tells us the 529 litre boot is more capacious than those from rivals Audi, BMW and Mercedes-Benz, while there is decent head and leg room even with the front seats well regressed.

Volvo is focusing on comfort and a relaxed drive as the priorities when it comes to the handling characteristics of its products, rather than outright performance. The V60 ticks the boxes admirably for this, cosseting passengers with a smooth yet adept ride that will get them to their destination feeling fresh. The eight speed automatic gearbox is generally good at picking the right gear, though if you push on it can be occasionally a little tardy to select the optimum gear. It’s happiest left in  Comfort mode.

The D4 2-litre diesel tested in Spain proved exceptionally quiet on the move, barely perceptible at motorway speeds. We also tried a 310PS T6 petrol, which won’t be offered in Ireland. It was more noisy under acceleration, and didn’t feel an awful lot faster.

Offered in two trims at launch – Momentum and Inscription, with R-Design trim following at the end of the year, prices for the V60 start from €40,750 for the D3 Momentum. All models get Volvo’s City Safety, a power tailgate, leather seats and the 12.3” Activ TGT crystal drivers display. Inscription models add Nappa perforated leather seats, parking assistance and power memory front seats amongst others.

We’ve know Volvo has upped its game in recent years. The latest V60 proves it’s now firmly able to stand toe to toe with the best in the premium sector. 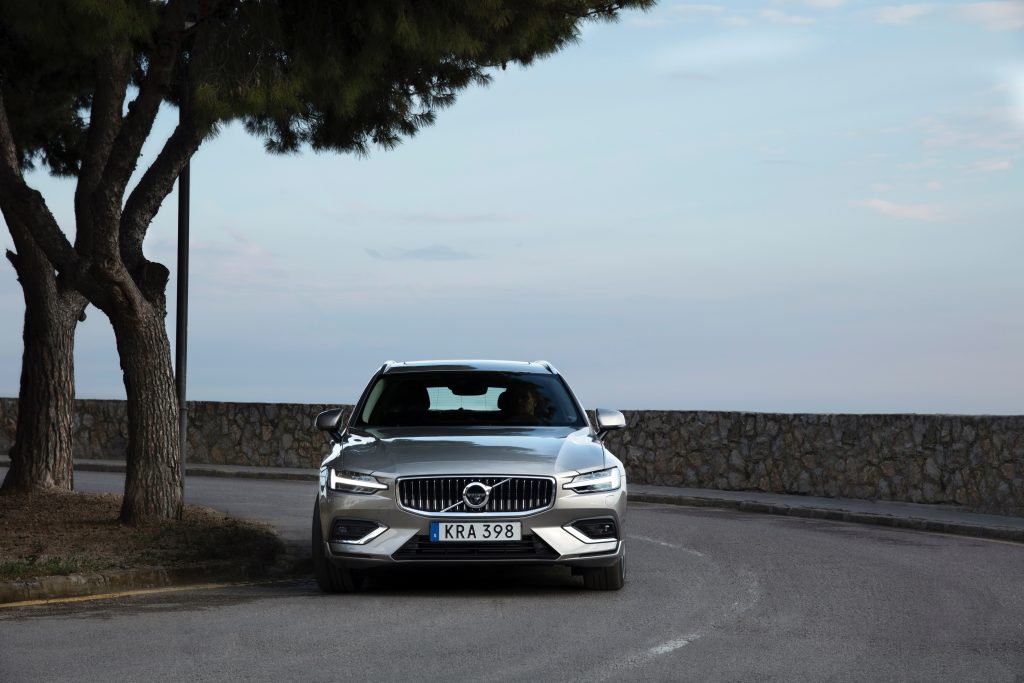