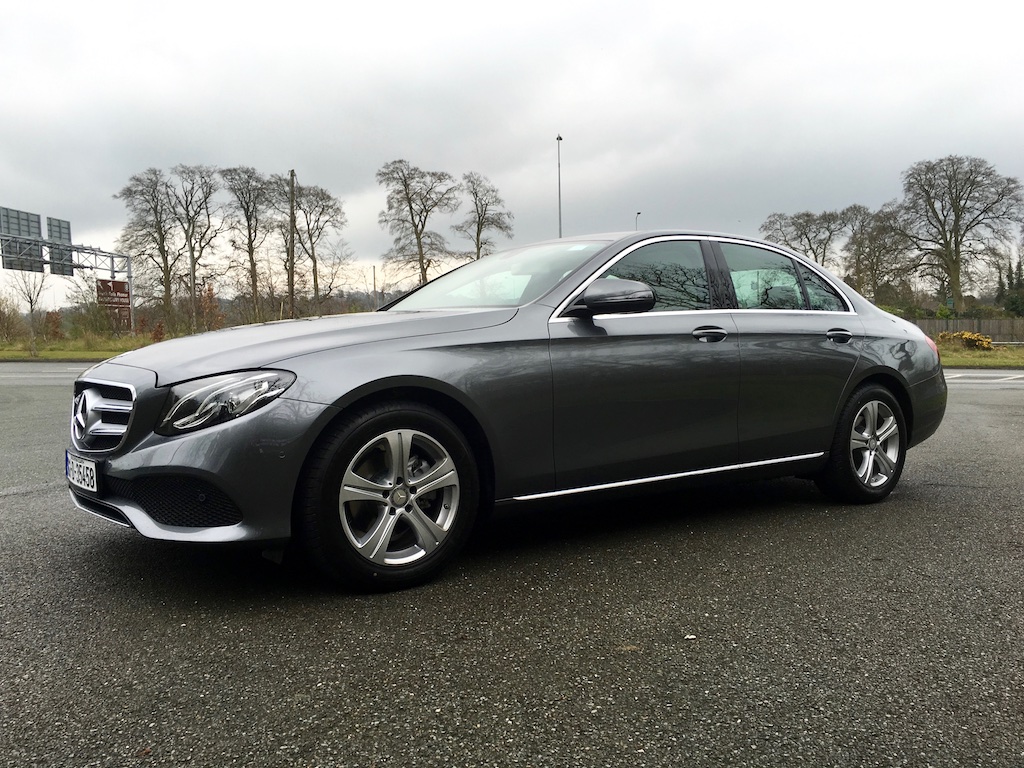 It’s when you see the current range of Mercedes-Benz models lined up side by side that you start to appreciate the extent of the makeover the German manufacturer is currently undertaking.

Four years ago a major product offensive was launched, targeted at making Mercedes-Benz the number one premium brand manufacturer in the world by 2020. At its conclusion the Stuttgart manufacturer will have introduced no fewer than thirty new models to its line-up, thirteen of which will have had no direct predecessors.

“We are now about 30% of the way through that product offensive,” says Ciaran Allen, sales manager for Mercedes-Benz passenger cars in Ireland, of a blitz that saw eight new and six facelifted models in 2015. This year will bring a further six new and six facelift launches, with a further three new models and two facelifts to come next year.

Quite a whirlwind of new products by any standards.

For all the importance though of the new SUVs, crossovers, coupés and sports cars that now feature in Mercedes-Benz’ line-up, it remains the traditional saloons and estates that will have the biggest input into whether the company can achieve its objective of overhauling bitter rivals Audi and BMW.

And when it comes to representing the brand, nothing epitomises Mercedes-Benz more than the E-Class. Ciaran Allen agrees that it’s a pillar model in the brand’s 2020 strategy, and is especially important for Ireland. “Globally C-Class is Mercedes-Benz’ biggest selling car but always in Ireland E-Class is the best seller.” Hence the arrival of an all-new E-Class is rather a big deal for the company, particularly in this country.

Boasting a heritage that harks back over nine previous generations and sales of over 13 million units worldwide, the new E-Class goes on sale this week in dealerships around the country.

First impressions are of a stylish looking saloon that follows the elegant lines of the range-topping S-Class and the more recently launched C-Class, with broad rear shoulders that slope away coupé like. Overall it is 43mm longer than the outgoing car, a wheelbase extended by 65mm helping to maximise extra space for passengers.

A notable new feature inside the car is touch-sensitive finger swipe buttons on the steering wheel to control selected functions such as the infotainment system. A quick trial suggests they would quickly become very intuitive to use. New seats, and heated arm rests and centre console add to the comfort factors. Optionally available are two optional high-resolution 12.3 inch display screens and three different wide-screen instrument cluster styles. The E220d arrives first in Ireland, together with the petrol powered E200 and a E350d six-cylinder diesel. An E200d will follow later. The E220d features an all-new 2-litre diesel engine – apparently developed at a cost of some €2.6 billion – which develops 194 bhp, is 17% lighter, and promises to return up to 3.9l/100km of fuel consumption and has emissions of 102 g/km. First impressions after a brief drive are of a quiet, smooth and responsive unit that works very well with the standard 9-speed 9G-TRONIC automatic transmission (there will be no manual gearbox option).

Technology is very much to the fore. Among the highlights is the new Drive Pilot system which is the next step towards autonomous driving. It includes allowing the car to be manoeuvred remotely via a mobile phone while outside the vehicle – ideal for parking in tight locations. The system can also anticipate hazards ahead and take corrective action by controlling speed control, braking, acceleration and gear changing.

The new E-Class is offered in three equipment lines of Avantgarde, Exclusive and AMG. Prices start from €52,850 for the E220d Avantgarde which is €850 cheaper than the outgoing model, but  it also, as Mercedes-Benz points out, includes over €7,000 worth of additional standard equipment compared to before. Exclusive models are priced from €55,210, and AMG versions from €57,650. The E350d version costs from €66,900. With a new BMW 5-Series about a year away and Audi’s A6 having had its mid-life facelift at the end of 2014, Mercedes-Benz will have strong hopes that the new E-Class will redefine the Executive car segment. On first impressions it certainly seems to have grounds for optimism.