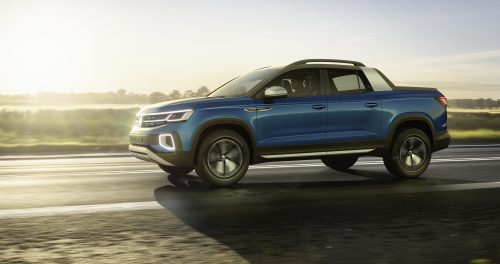 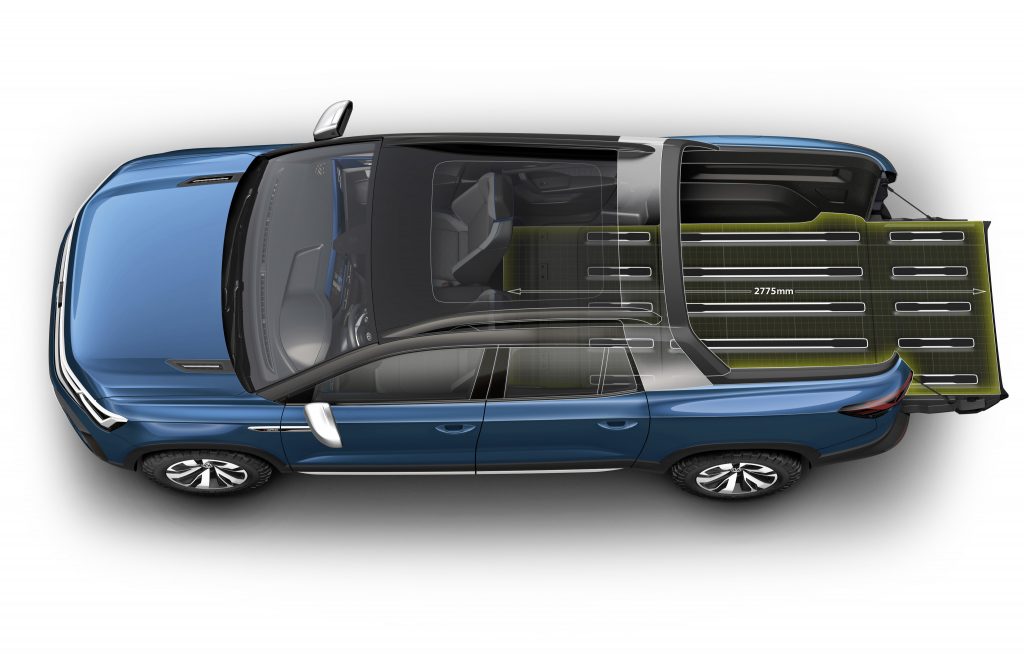 Volkswagen revealed its Tarok Concept Pick-up to the world at the São Paulo International Motor Show. The all-wheel drive fully integrated bodyshell open-back all-rounder combines futuristic features of the latest generation of digitally networked SUVs with the versatility of a well-designed five-metre pick-up. Its innovative new features include a large variable loading area, which can be extended thanks to the folding rear panel in the spacious four-door double cab.

Klaus Bischoff, Head Designer at the Volkswagen brand, spoke about the lifestyle-oriented design: “With its striking Targa-inspired roof bar, charismatic front end, three-dimensional LED lighting strip in the rear, and powerful yet stylish side panels, the Tarok Concept’s expressive design makes it the first Pick-up to combine the stylistic elements of an urban SUV with an authentic off-road design. The Tarok’s DNA adds an exhilarating dynamic to the segment.”

One important design feature in the five-seater Tarok Concept is its variable loading area concept. The floor space can be extended by opening the tailgate or using the brand new mechanism that allows the bottom of the passenger cab rear panel to be folded down. As a result, drivers can also use the back of the cab to transport extra-long items. Maximum load capacity is at around one tonne.

The interior indicates a new way forward for Volkswagen in the pick-up segment, with eye-catching elements include a colour-keyed crossbar in Cypress Metallic that stretches across the entire dash panel.

Being a fully integral body unit means that there is no spilt between the cabin and load area like traditional Pick-ups. Fiat produces a similar platform type, called the Toro, which is popular in South America.