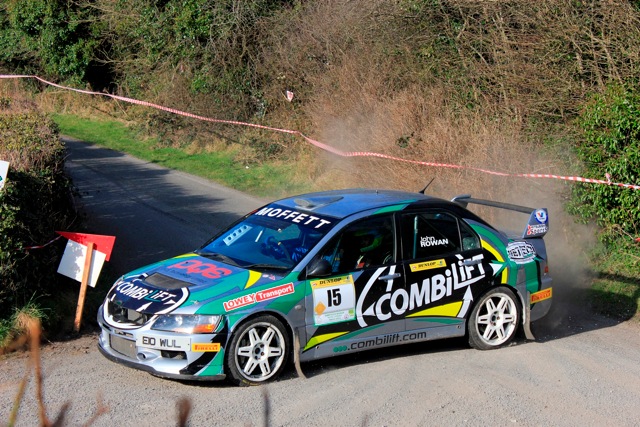 Motorsport Ireland has announced the three finalists for the prestigious Billy Coleman Award for Ireland’s Young Rally Driver of the Year.

Josh Moffett, Kevin Eves and Dean Raftery will go forward to the finals at the Motorsport Ireland Dunlop Champions of Irish Motorsport Awards on December 10.

The winner will be chosen by a select committee drawn from representatives of the media, Irish Sports Council and the motorsport world. The successful driver will receive the Billy Coleman Award and funding of €50,000!

The award is viewed as a major accolade in a drivers career and has helped launch the international careers of many former winners, including Keith Cronin and Craig Breen.

Speaking about what winning the Billy Coleman award would mean for him, Josh said: “My ultimate ambition is to be able to compete at European and world levels within the next few seasons like former Billy Coleman winners Craig Breen and Keith Cronin.”

Kevin Eves (23), from Pettigo, Co Donegal, came to prominence at in February this year when he came within 5.7 seconds of finishing 3rd overall in the Galway National Rally.

Kevin said: “I have the ambition and speed to progress through the ranks in our sport. Winning this award will allow me the opportunity to gain the experience needed to achieve my goal.”

The final qualifier for the Billy Coleman Award is Dean Raftery, also 23, from Craughwell, Co Galway. Dean has been competing in motor sport events since he was eight years old. His achievements in 2014 were based around his participation in the British Rally Championship and the R2 category in particular.

Dean said: “Motorsport and Rallying in particular has always been a huge passion of mine. I am extremely driven to succeed at whatever level I compete. I want to establish myself as one of the best drivers in Ireland and succeed at a world recognised level.”

The winner will receive €50,000 worth of support and funding to compete in national and international rallies in 2015. The two runners up will receive free entry into a number of Motorsport Ireland events during 2015. All three finalists will also receive the benefit of advice and assistance from Motorsport Ireland mentor, Tom Walsh, co-ordinator for the Billy Coleman Award.

The previous winners of the Billy Coleman Young Rally Driver of the Year Award include Gareth MacHale, Keith Cronin, Craig Breen and Daniel McKenna. In 2012, Cronin became only the fourth person in history to win three British Rally Championships, while Daniel McKenna took the spoils in the 2014 British Rally Championship, driving a Citroen DS3 R3T.