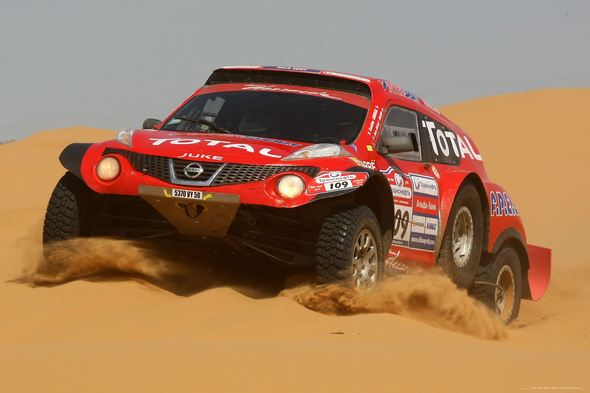 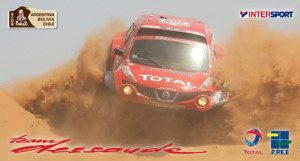 André Dessoude will take part this year in his 33th Dakar race. A true story of passion, challenges and competition that started 33 years ago … But as usual, this rally raids specialist prefers to look ahead and consider with this philosophy what he has to expect from this race on the South American continent.

With new crews and improved cars, a new page in the history of Team Dessoude will be written between 2nd and 18th of January. But before detailing the composition of troops, André Dessoude wishes to mention Stéphane Wintenberger who tragically died in a plane crash a few weeks ago.
“The announce of the tragic death of Stéphane was a nightmare. The brutality of the events stunned us. Stéphane had participated in a few races with us and especially the Dakar in 2013. He had to retire in the early stages and this year he was determined to take his revenge by crossing the finish line … We think of his family and will have a thought for him in Argentina, for sure. ”

Let’s start with a new crew, or more precisely a new driver who will wear for the first time the Dessoude, Régis Delahaye. Regis will be navigated by a well known co-driver, the excellent Jean- Paul Forthomme.

“Christian (Lavieille), our driver for many years, joined this year a Chinese team. This is the first time since 2006 that he will not drive one of our cars on the Dakar race. I was looking for a fast driver for the Buggy Juke and I git in touch with Régis Delahaye. He tested the Juke and felt good at the wheel. I appreciated his approach and then everything was dedided very quickly. I am very pleased to welcome him in the team and I think we’ll do a good job. His experience with the buggies will be invaluable. Jean-Paul (Forthomme) will be with him and I am confident as this crew can make a very good job. ”

If the driver of the Juke changed, cars also experienced serious changes.

“Suspensions and steering have been improved. We had some concerns on the front end geometry and everything has been rebuilt, rethought. The driver has now a great driving comfort. Gear ratios have been extended and hydraulic steering replaced the electric assistance that was not satisfactory. Our new engineer was very efficient to carry out these changes. Our optimization potential of the car work has allowed us to make much progress.”

Lot of work and also developments on Frédéric Chavigny’s Proto Atacama have been accomplished too. Frédéric will enter this year his sixth Dakar. Co-driven as the previous year by Guy Leneveu, Frédéric is ready to fight!

“Just like the buggy, the Atacama has been reviewed and adjusted in accordance with a new staging of the gearbox, new Reiger suspensions and a perfect weight. The Chevrolet engine had already pointed out great changes with 100 hp more but the new suspension really makes the difference. We made tests in Le Creusot and Mantes with Frédéric and he could feel the progress. He was very satisfied with these additional improvements and is ready for Argentina.”

In 2014, Team Dessoude will enter five cars. In addition to the Buggy Juke and the Proto Atacama, three other residents will share a common bivouac.
Just as in 2013, Yves Tartarin will enter the race with a certain… Jean-Pierre Strugo. Bernard Chaubet will benefit as the previous year from the bivouac facilities and transport of the spare parts.

“Yves has chosen to share once more the adventure with us. For the occasion, he will return to his first love, a 4×4 car, the well known 03 Pickup with a new engine. His buggy will be driven by a person who scored many wins in the Production category, Mr Jean-Pierre Strugo. It’s nice to see him again. Finally, Bernard Chaubet will be present again and we will give him a hand to transport his spare parts. ”

Regarding the service team, we will have a T4 truck entered in race, three T5 trucks (6×6) and three Patrols. The team will be at full strength Dessoude.
And when we speak of “target” to André Dessoude, his answer is as always full of wisdom…

“This will be my 33rd Dakar, I had time to get a good idea about this race. The objective is just to make a good ranking … Difficult to assess the route, even if it appears that the sand is rare. I do not wish to advance any ambition, we’ll see! ”

Appointment has been taken on the 4th of January for the podium of the start ceremony in Rosario, then on the 5th for the first leg that will lead competitors to San Luis (Argentina)…