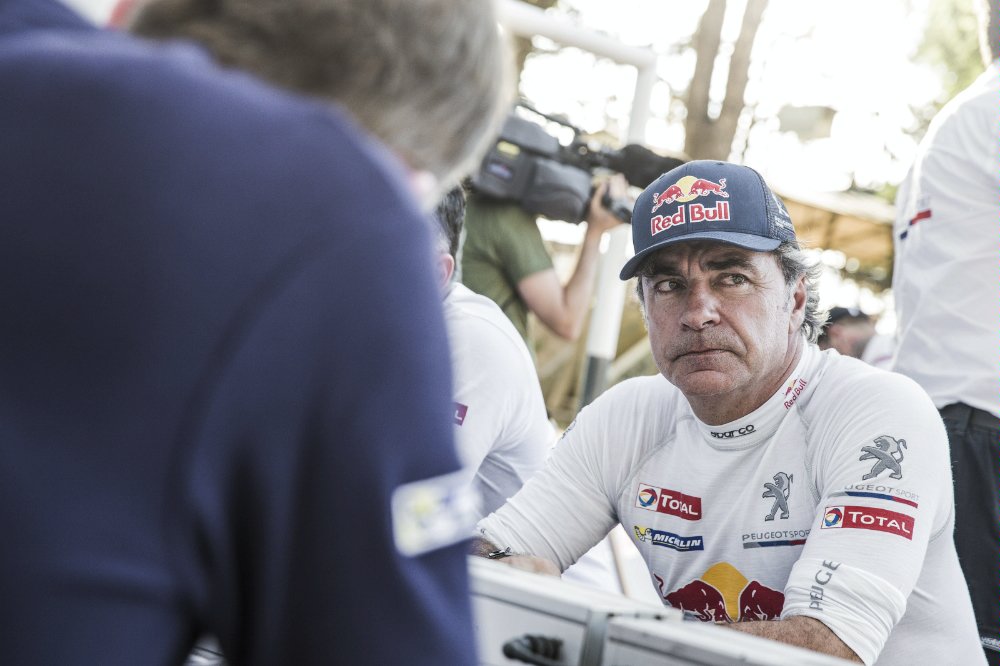 The second day of the Dakar Rally, taking the crews from Villa Carlos Paz to San Juan in Argentina, contained the longest special stage of the rally at 518 kilometres. Not only was the stage long but also very varied, starting off with some tight and twisty sections, followed by dust and sand. The biggest difficulty though was the extreme heat, which caused all the competing crews to suffer. The legendary Dakar is already living up to its fearsome reputation.

For Team Peugeot Total, today was always going to be a very tough test, as it was the PEUGEOT 2008 DKR’s first taste of the sort of varied and hot terrain that is typical of the Dakar. Nonetheless, it passed this very important test, setting a top-10 stage time.

Carlos Sainz started the day feeling that the tight and twisty nature of some of the stage would not suit the two-wheel drive machine, and he expected to lose some time after starting eighth overnight. Nonetheless, the Spaniard was able to keep up the sort of consistent pace that allowed him to improve his position, despite the difficulty of the stage, which presented the car with the biggest challenge of its young competition life so far.

Carlos finished the stage seventh overall, which now also elevates him to sixth in the overall rankings. “Today we managed to make up two places and finish sixth. Unfortunately, we were involved in a collision with a bike competitor on the stage, which was a big shock,” he said. “Most of all, my thoughts are with him for a swift recovery. For the rest, we didn’t have any mechanical difficulties and decided not to take any risks, in order to maximise our chances of getting to the stage finish.”

Stéphane Peterhansel finished the stage classified 26th, meaning that he now lies 22nd overall after day two of 13. The Frenchman hit a hidden tree stump, which broke a steering arm. He got out to fix it but when he tried to get going again the car would not start. In total this cost him an hour, but his vast experience has taught him that things on the Dakar can still change very quickly.

“If there is one thing I have learned over the years, it’s that Dakar is a long-term prospect,” he said. “Unfortunately, things started to go wrong when we hit the tree stump. Yes, we had the problem to start the car again, but if I hadn’t hit the tree stump, then we would not have needed to start again. It was a very tricky stage, particularly with the heat, which was incredible.”

Former bike rider Cyril Despres continued his learning curve with a trouble-free run over the challenging terrain, gradually building up his experience. In a neat piece of symmetry, Despres was both 24th on the stage and 24th overall on day two.

“I’ve stuck with my plan of just learning the event in a car,” said Despres. “And without a doubt, today was my most challenging day ever on four wheels. The heat was like a hairdryer at full blast in your face. However, I’m pleased to have got through the longest stage of the rally and with every kilometre I am finding out more, which was the plan. Above all I don’t want to make any mistakes that compromise our chances of finishing.”

Team Peugeot Total principal Bruno Famin concluded: “We’ve not actually done this sort of distance before – let alone this sort of distance in these extreme temperatures, which was a truly punishing test for the car. So to have got through the longest stage is a great achievement for us, although it is still early days. The Dakar is already showing us its challenges and surprises.”