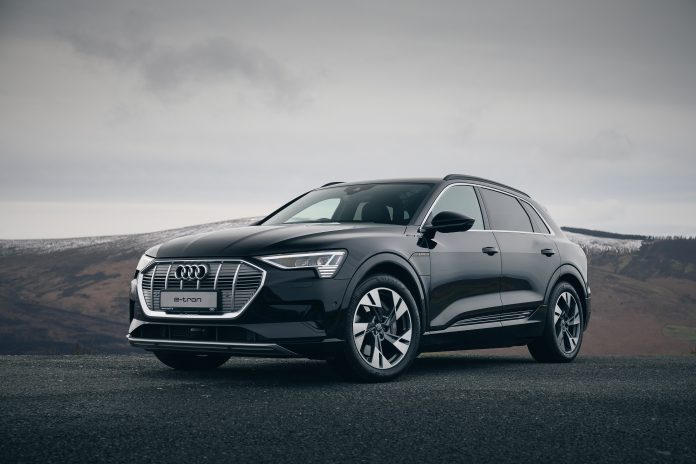 Like its sibling the e-tron 50 quattro comes with two electric motors, one over each axle. It will accelerate from 0 to 100kph in 6.8 seconds on the way to an electronically governed top speed of 188kph. It has a 120kW charging capability which facilitates recharging to 80 per cent capacity in approximately 30 minutes at fast-charging stations such as Ionity.

The e-tron 50 quattro will be offered in a choice of three equipment lines – Advanced, starting from €74,990, Sport starting from €79,320 and S Line starting from €85,110 (all RRP excluding grants). Financial packages offered by Audi include monthly repayments from €779 on PCP.