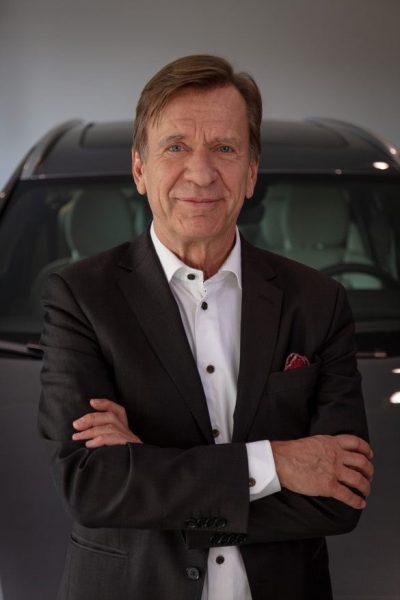 At the 8th annual EcoMotion Conference hosted this year on a virtual platform (instead of on the ground in Tel Aviv, Israel), guest speaker Hakan Samuelsson described the Coronavirus crisis “more like a vacation” rather than a financial crash or recession.

The Volvo Cars CEO, who was in conversation with Meir Arnon, Chairman, EcoMotion Week, is pleased to see the green shoots of recovery to date, particularly in two of the world’s biggest markets, China and the United States. “Yes, we have seen some positive signals. The drastic situation in China (the home market of Volvo’s parent company, the Geely Group) has been turned around rapidly, with sales of new cars so far in May up 20% over the same period last year. It is a similar story in the USA, as during the first ten days there sales increased hugely after a dramatic slowdown,” he said.

While the auto industry is returning to some normality, Hakan (who took the top position at Volvo Cars following spells with Scania and MAN Truck & Bus), is cautious about the future ‘as there is still some changes in business methods and practices to come’. But he doesn’t see much change in the supply chain process as he envisages that the provision and delivery of raw materials and components will flow smoothly again. Hakan does foresee however, that freight costs will escalate, lending to more regionalised supply and sales of cars that are made in each continent. He exampled the Chinese motor industry having to endure additional logistical costs in getting its vehicles into Europe. In general, synergies between models within the auto brands’ ranges will continue, with design, development, platforms and body shells plus drivetrains all sharing the same technology, but having more local market access. Mr. Arnon mentioned that one area in which Volvo Cars has been actively involved from early on is with Israel’s EcoMotion programme, supporting that country’s vibrant Start-up sector. Launched from scratch, nine years ago, Israel now boasts 600 Start-up firms with a substantial number dedicated to the automotive and logistics industries. Hakan appreciates the ‘diverse innovation created’ via the Israeli initiative, with ‘many great ideas along with technology sharing opportunities.’

Discussing the topic of premium sized cars becoming smaller, Hakan is a firm believer that this will happen. He maintains that they will still be expensive but full of high tech and top specification while retaining their prestige and  premium quality.

Regarding pricing going forward, Mr. Samulsson sees an increase in retail costs of a new car due to rising import duties, noting that the vast investment by manufacturers in electric mobility has to become profitable (Brexit did not come up in the conversation!).

While Volvo made its name through the advancement of safety innovation and technology, Hakan highlighted that today’s cars are becoming more personalised. He noted that while there should be no compromise on safety, he is of the belief that ‘it’s a lot about the experience in the car, with one touch technology. Now, what we see is that the steel entrance key has been replaced though mobile phone recognition systems and the driver’s favourite music playlist comes on automatically, as does the memorised seat setting. The cars of today are becoming more personalised. Facial recognition can monitor the health condition of the driver and if fatigue is detected, it can inform the driver to take a break. It can also recognise if the driver is under the influence of alcohol or drugs. Making cars safer will continue to be our motto,” he concluded. Jarlath Sweeney