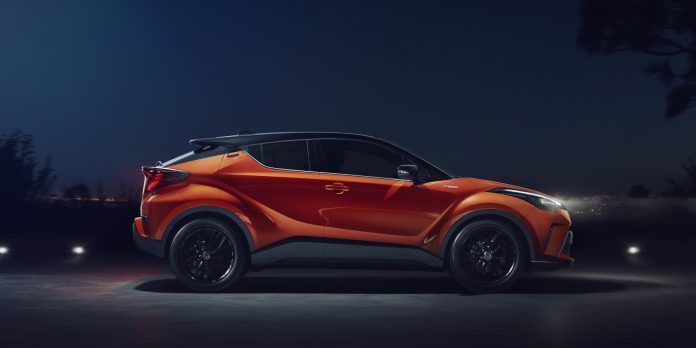 Ireland’s new motor tax system announced in the 2021 budget will see new car buyers who opt for more sustainable vehicles such as hybrid electrics and EVs benefit with better value through lower VRT, while petrol and diesel cars with higher emissions will be more expensive.

One example of savings for lower emissions vehicles as an outcome of the budget is a €360 VRT reduction on Ireland’s best-selling car, the Toyota Corolla self-charging hybrid. This saving is in addition to the 2% VAT benefit that customers who purchase a new car before Feb 28th 2021 will receive, which in the case of Corolla hybrid cumulatively adds up to €930 in tax savings overall. As such, there’s never been a better time to buy a Hybrid and save tax.

Steve Tormey, CEO of Toyota Ireland, which predominantly sells hybrid cars, said, “I welcome the introduction of the new tax bands for passenger cars proposed in today’s budget. They clearly indicate the future policy direction for Government, whereby motorists will now be increasingly rewarded for purchasing lower emitting vehicles, such as hybrid and electric, while paying more if opting for higher emission vehicles, such as diesel. We see the new VRT system as a positive impact on the car market for 2021, by giving consumers clarity about Government intentions for car purchases.”

Toyota, which uniquely moved away from the production of diesel-powered cars in 2018 to concentrate on a full hybrid strategy, says that the hybrid electric cars it sold in 2019 alone will lead to a reduction on 60,000 tonnes of carbon from the environment in their lifetime.

“By firmly committing to Hybrid for more than 20 years, while totally eliminating diesel from our range back in 2018, we in Toyota have long championed a strategy that is reflective of what we’ve seen in the 2021 budget — one which propagates a cleaner environment. Thanks to this foresight, Toyota is now the lowest CO2 mass-market brand and Irish drivers have embraced hybrid motoring as evidenced by the fact that the best-selling car in 2019 and year to date in 2020 is a hybrid (Toyota Corolla).

As a result of today’s budget, January 2021 will see a new emissions-based tax system for new cars tested under WLTP. By virtue of their comparatively low CO2 and NOx emissions, hybrids will on balance greatly benefit from the new tax regime, making them a very affordable and viable option for diesel and petrol car owners who are ready to take their first step towards cleaner, electrified motoring.

“Today’s budget is, I believe, a statement of intent from the Government of its increasing commitment to delivering policy led behavioural change in the National effort to meet reduced CO2 and NOx emission targets. It incentivises motorists, in a very practical manner by reducing the purchase price, to opt for lower emitting vehicles and in so doing provides them with a realistic opportunity to play their part in delivering improved air quality in our communities.

“While we recognise society’s move to full electrification there’s no silver bullet. Hybrid electric vehicles offer the best choice for the majority of consumers who want to pay less tax but aren’t yet ready to move into full battery powered electric cars for practical reasons. Thus, the recognition in today’s budget for the critically important role of hybrids in the new car mix, as part of the transition to zero emissions.”