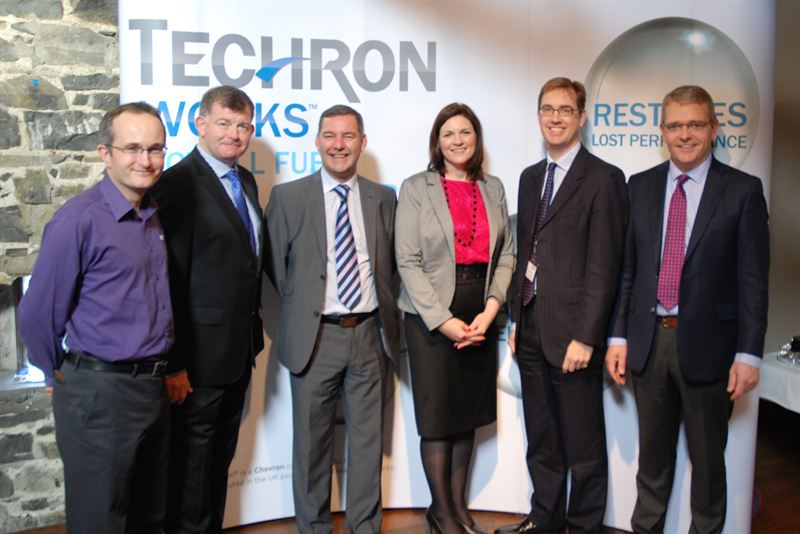 The latest generation of Techron fuel system cleaners have been unveiled in Ireland, supported by independent test data that shows the real-world benefits of Techron Concentrate Plus and Techron D Concentrate for petrol and diesel engines. For the Irish market, Techron will be distributed through Advance Pitstop.

Unlike some rival products, Techron is a complete fuel system cleaner, instead of just concentrating on a specific element like fuel injectors. Far from a quick fix to pass the MoT or temporarily solve an issue, a single Techron treatment is designed to work for between 6000 and 8000 miles, or every six months for average drivers. This approach is both cost effective and more efficient at keeping an engine in good working order.

In order to prove the power of Techron, it was put to a real-world test conducted by leading independent emissions testing service, Emissions Analytics, who tested the product using European fuels in European models. A total of 22 common vehicles covering models from BMW to Vauxhall, both petrol and diesel, were tested to establish the impact Techron has on vehicle power, emissions and fuel economy.

In total, over 480 separate emissions test cycles were conducted and approximately 11,000 miles covered during the independent assessment. Under the independent test conditions, the petrol vehicles saw an average improvement in fuel economy of 8.7%, while the tested diesel models improved by an average of 7.6%. The test data also shows improvements to vehicle power of 2.6% in petrol vehicles and 3.4% in diesel, as well as reductions in CO2 emissions of 7.4% and 6.5% respectively.

The way Techron performed in the independent testing shows that the average motorist could make a significant saving in fuel costs by using it. With one treatment lasting between 6,000 and 10,000 miles, most cars would only need a treatment once a year – which could be applied during scheduled maintenance.

“We are very much looking forward to working with Advance Pitstop for the distribution of Techron in Ireland,” said James Welchman, European marketing manager, Chevron Lubricants. “The potential benefits of Techron are significant and we believe Advance Pitstop is the right partner to reach the important Irish market.”

Eddie Ryan of Advance Pitstop added: “It is great to be able to bring a product such as Techron to the market, as it is proven to be very effective. Motorists will instantly be able to see the benefits of using the product, both in terms of vehicle performance, as well as longer-term financial savings.”