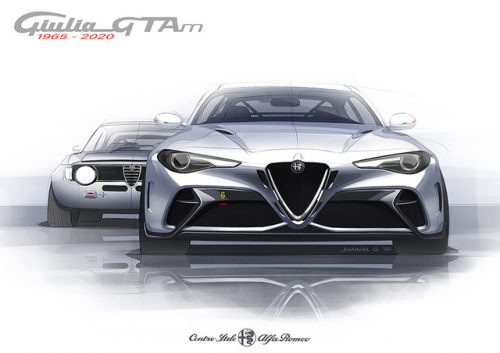 Museo Storico Alfa Romeo, the famous Italian brand’s official museum, located in Arese, reopened in 2015 (after being closed for four years). It was one of three venues featured in the eight Autostyle Car Design Digital Edition Workshop series, the second being Alfa’s Centro Stile Design Centre in Turin. Chief Designer, Alessandro Maccolini was the host for the online presentation which explored the history of the Alfa Giulia GTA from the original ‘60s model to the all-new Giulia GTA and its performance version, the Giulia GTAm. The launch of these new range-topping models suitably marks Alfa Romeo’s 110th anniversary. 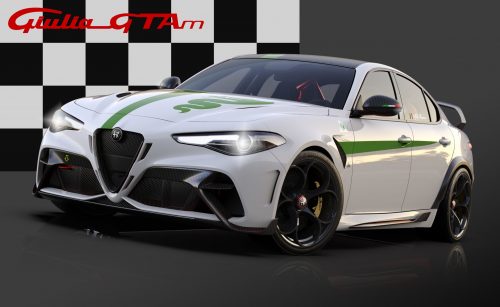 The revived Giulia GTA range is technically and conceptually inspired by the 1965 Giulia GTA, the “Gran Turismo Alleggerita” developed by Autodelta*, based on the Giulia Sprint GT, which had triumphed in races all over the world.

This model truly has its position high up on the shelf of automotive history. As explained by the Museum Director the original Giulia GTA was a most successful road and race car (with 7 European Touring Car Championships, to mention a few big wins). Internally, it was called the ‘Series 105’, the coupé version of the 105 series, which used the shortened floorpan from the Giulia Berlina and was designed by Bertone.

“A victory a day with the everyday car” was the sales slogan and the winning theme for the car’s appeal and success.

That motto still rings true to the new model generation almost 55 years later, according to Alessandro.

The new Alfa Romeo Giulia GTA limited edition is in itself derived from the Giulia Quadrifoglio. It is powered by an  upgraded version of the 2.9-litre V6 Bi-Turbo engine, now with 540hp. The ‘extreme’ GTAm version – ‘m’ meaning modificata (modified), benefits from a weight reduction of 100 kg, enabling an astonishing power-to-weight ratio of 2.82 kg / hp. It is the most powerful road vehicle in the brand’s long and distinguished history. *Autodelta is the name of Alfa Romeo’s competition department.

Alessandro and his team entrusted Alfa’s Formula 1 partner Sauber Engineering with the production of most of the carbon components designed for the GTA and GTAm, especially those with an aerodynamic impact. These include the new front bumper, the side skirts, the extractor, the GTA spoiler and the GTAm aero-wing. The Giulia GTAm, by virtue of its manually adjustable front and rear wings, can adapt its aerodynamic performance to any kind of track or road, accurately following the requests and preferences of the driver. The GTA and GTAm also benefit from a special new diffuser capable of increasing the car’s ground effect, thereby guaranteeing superior grip at high speeds. On the Giulia GTAm, the high-downforce aerodynamic configuration is able to deliver an impressive lift coefficient, twice as much as the GTA and an astonishing three times the Giulia Quadrifoglio, which already sets the benchmark in its class. An example in glowing red was used to demonstrate these design techniques, which also included the active splitters and rear spoiler fitted. Positioned near the specially created side air-vents on each wing sport two stand-out logos – Quadrifoglio /Cloverleaf and the aforementioned Alfadelta. 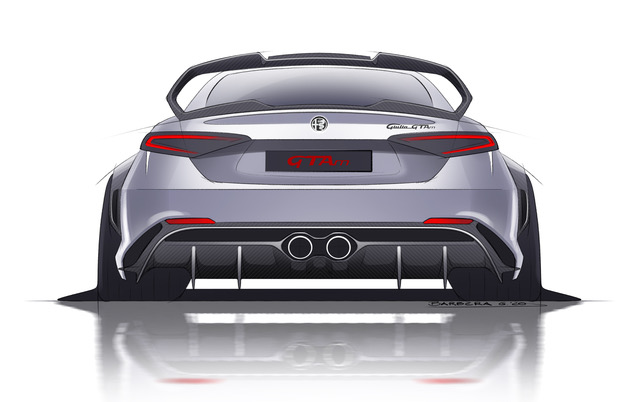 As Alessandro sat inside the GTAm, you could see the pride in his work, in achieving the objectives set out initially. He spoke of stripping out any unnecessary items in order to reduce weight and that included the rear seats. The front seats were replaced by racing versions with Sabelt harnesses to keep the driver and passenger enclosed and surrounded by a race spec roll cage. Unique pull out door handles, basic but effective in look and purpose caught the eye as Alessandro toyed with the paddle gearshift on the steering column.

As the presentation came to an end, Allesandro had another treat in store. The video cameras transferred to the famous Balocco Proving Ground, the third venue featured, to where Kimi Räikkönen and Antonio Giovinazzi, the two Alfa Romeo Racing ORLEN Formula 1 team drivers were filmed participating in a day of real-world tests with the two new super sports saloons – the Giulia GTA and GTAm. This double circuit test facility, where all Alfa Romeo sports cars have undergone development and testing since the 1960s, allowed these F1 drivers to test the cars to the limit and provide feedback in real time.

Kimi and Giovinazzi worked closely with the engineers, focusing on specific technical suggestions to optimize the cars’ aerodynamics and handling. To complete the fine-tuning of the GTA and GTAm, the F1 drivers analysed the changes made to the car and gave an account of their on-track impressions, resulting in a joint assessment of the effects on vehicle dynamics. Kimi was glowing in his praise on the performance of the new models:
“I find them a perfect mix of everyday use and track use,” he said. 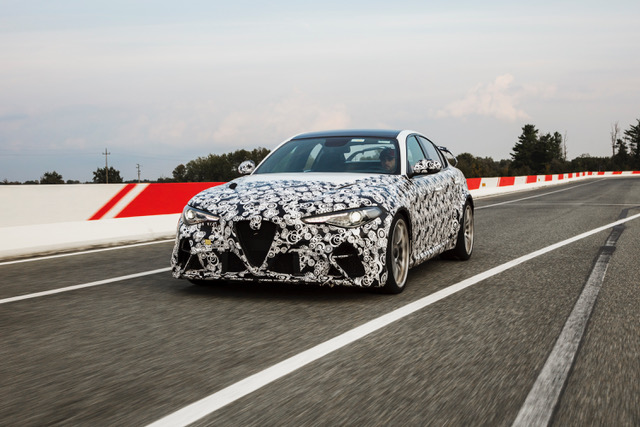