A recent survey has found that Dublin performs below average against other European cities in relation to infrastructure provided for owning an electric vehicle. The analysis by uswitch.com ranked Dublin 20th out of the 33 European cities surveyed. The Irish capital rated an EV Incentive Score of 6.33 out of 10 in an index which evaluated the number of free EV charging sites, average energy prices, EV charging consumption, and the distance from one EV charger to another.

Reykjavik in Iceland was found to be the European city best equipped to support electric vehicles, boasting an EV Incentive Score of 7.94/10. Glasgow with a score of 7.54/10 and Lisbon with 7.31/10 were the second and third ranked cities. At the other end of the scale, Liverpool was rated the city least prepared for electric vehicles, with an index rating of 4.89/10, while Paris, Vienna and Frankfurt also scored poorly. 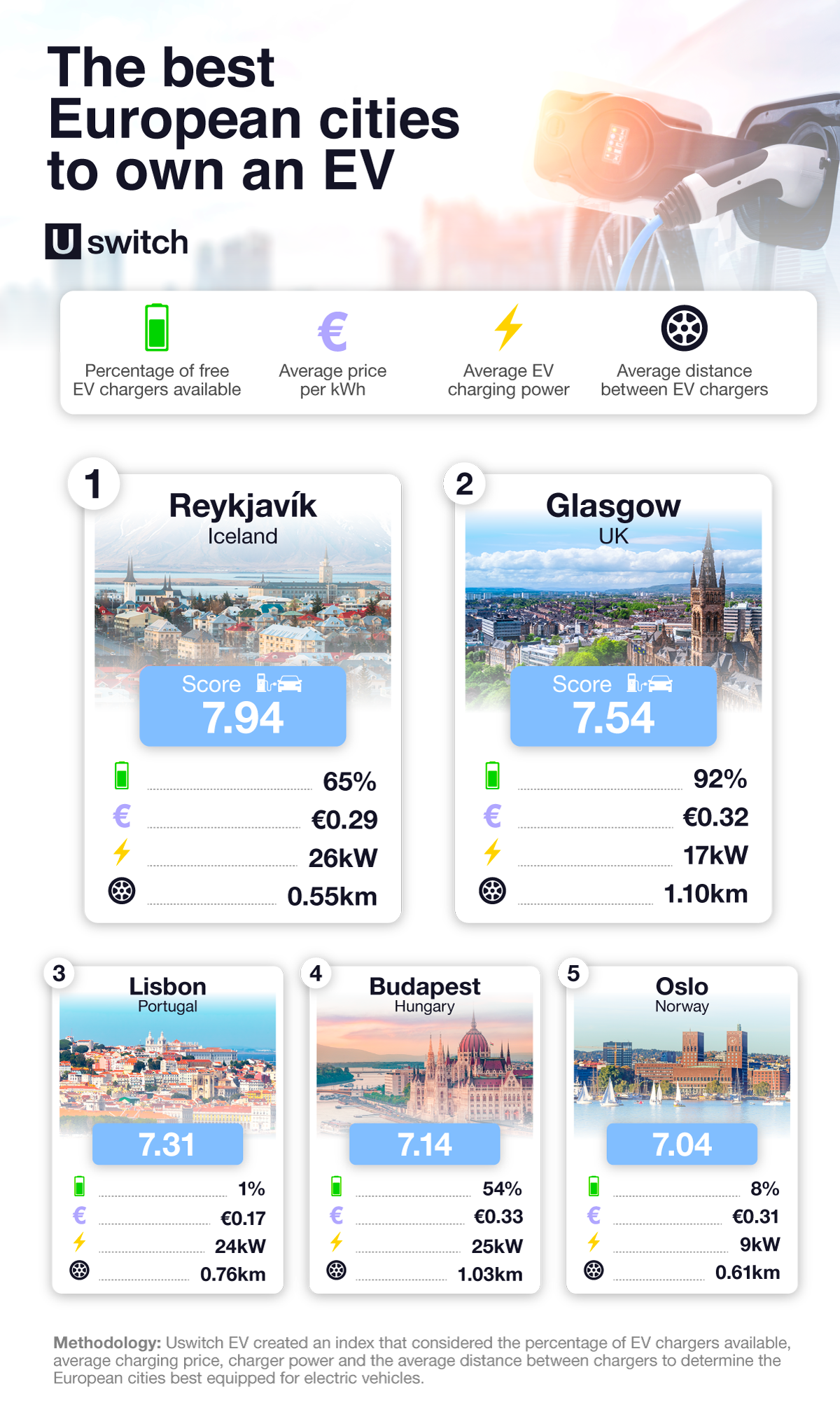 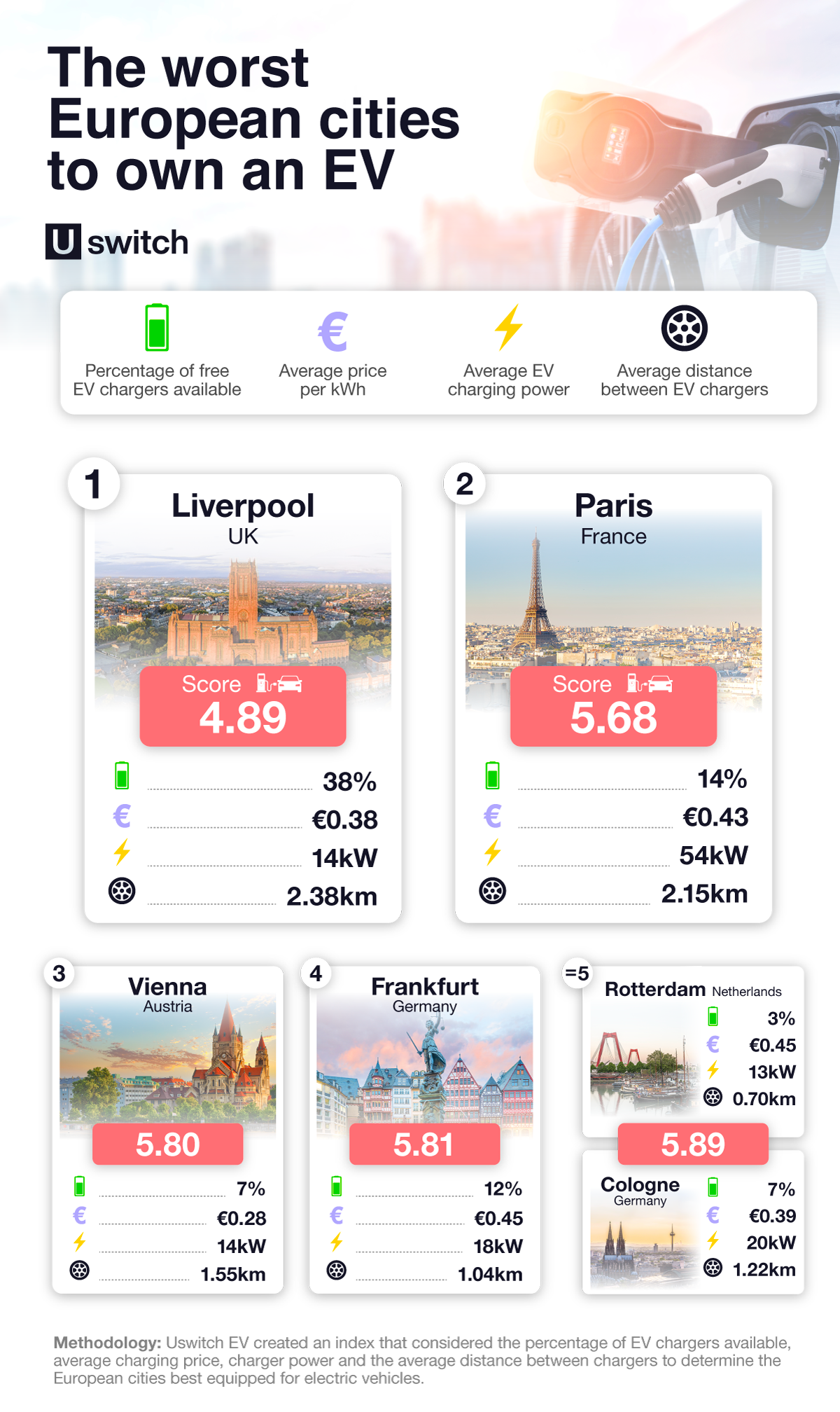 The survey found that only 12% of EV chargers in Dublin were free, compared to 65% in Reykjavik and 92% in Glasgow (but just 1% in third ranked Lisbon). The average price per kWh of €0.31 in Dublin is broadly in line with most cities, although here Lisbon scores highly with an average cost of just €0.17 per kWh. London is the most expensive city of those surveyed with a cost of €0.52 per kWh.

Full details of the survey can be found at https://www.uswitch.com/electric-car/ev-charging/best-european-cities-to-own-ev-in/ while a breakdown of scores by city can be found here.