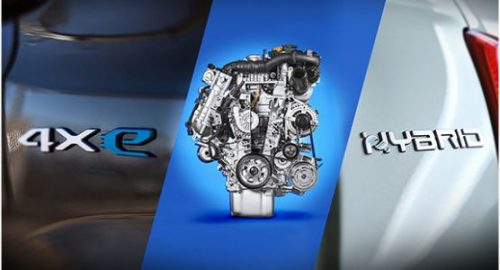 Season 2, Episode 1 of FCA What’s Behind begins, of course, with the engine. It takes a look back at the history of engines and shows how FCA’s global powertrain research and development activities are focused on the technology solutions best suited to the new concept of mobility.

To paraphrase Aristotle, the engine is conceptually the “prime mover” of the profound interest and fascination provoked by the automobile from the very beginning. In the early years, the goal of automakers was to make engines increasingly more powerful. This led to the creation of many legendary engines and also saw development of many sophisticated solutions that are still in use today.

Although hidden under the hood, the engine often attracts greater curiosity and fascination than other parts of a vehicle which may be more visible but are less decisive in terms of the decision to buy or the overall evaluation.

From the Mefistofele to full electric

Over time, the search for improved performance has been joined by other requirements resulting from historical necessity, insights or advances in industrial processes: the episode provides an overview of the evolution of the engines that shaped the history of FCA and the automobile in general.

From the Fiat Mefistofele and its 6-cylinder engine which, nearly a century ago, reached speeds in excess of 230 kilometer-per-hours to the highly-successful FIRE engine which has sold more than 30 million units, and from the common rail to the FireFly, FCA has more than a century of innovation behind it and today faces a new challenge: to create the sustainable propulsion systems of the future, while enhancing the performance and efficiency customers have come to expect, including via new propulsion solutions. The current FCA range includes Mild Hybrid versions of small cars, where weight, footprint and cost are critical elements; Plug-in Hybrids which offer “pure electric” mode without sacrificing performance, even off-road; Full Electric for the new urban mobility and to create a better future.