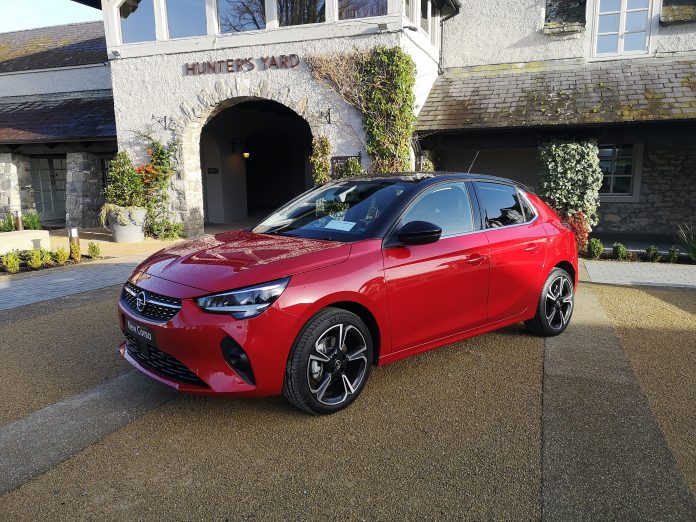 Opel is a brand closer to Irish hearts than most. Think back to the glory days of the Charlton era Irish football team with Opel proudly emblazoned on the players’ shirts. Then there was the Opel Kadett Céad, a limited edition produced especially for the Irish market in the early eighties…..what other car manufacturer could lay claim to producing an Irish specific model?

That’s why it’s been sad to see what was once one of our best selling car brands sink into relative obscurity. Indeed you don’t have to be particularly old to remember when Opel was a serious player in the Irish market. As recently as 2008 it was a top four regular, a far cry from the lowly 11th position it occupied in 2019.

However the good news is that the downward tide may be turning. Opel is now part of Groupe PSA with shared products starting to emerge, while in Ireland the Gowan Group, importer of Peugeot and Honda cars here, has taken on Opel distribution rights. A fresh and dynamic new management team headed up by erstwhile Kia Ireland boss James Brooks and former Peugeot Marketing Executive Emma Toner are bringing a palpable enthusiasm to the task of restoring the fortunes of the German brand. Essential to that revival will be having the right products, which is why there are high hopes for an all-new Corsa that has just gone on sale. It’s the first product since the takeover by the PSA Group and shares much of its underpinnings with the Peugeot 208 also due imminently. Set to arrive in the next few months will be an all-electric Corsa-e, with a promised range of up to 337km.

Compared to its predecessor, this 6th generation Corsa is lower but longer, with an increased wheelbase making it more spacious inside, while the boot is up 24 litres to 309 litres. That plays out well in the back where a full sized adult should have no complaints about head or leg room.

The interior gives away the PSA underpinnings with switchgear and facia displays that will be familiar to owners of recent Peugeots and Citroëns. No bad thing though, as the controls are clearly laid out and intuitive to operate. With prices ranging from €17,975 to €25,445, Opel is offering the new Corsa in three trims of SC, SRi and Elite.  On the engine front you’ve a choice of a normally aspirated 75bhp or turbo 100bhp 1.2 litre petrols or a 102bhp 1.5 litre diesel. CO2 emissions are significantly down, ranging from 85g/km for the diesel to 96g/km for the 100bhp petrol with manual box. That unit will be familiar from previous PSA products and suits this car well, pushing it on rapidly from low revs. In SRi trim you can select a Sport mode which offers a pleasingly sporty growl from the exhaust.

The diesel probably isn’t going to be a big seller but if you do need to do big mileage it should be economical. A motorway drive from Kilkenny to Dublin returned an average consumption of 4.2l/100km (67.2MPG), pretty decent for a brand new engine with less than 200km on the clock.

There’s a choice of manual or 8-speed auto gearboxes depending on engine. We didn’t drive the auto, but the six speed manual is a smooth shifter with nicely spaced ratios.

Despite its compact size the Corsa felt fully at home on the motorway, with both petrol and diesel proving pleasantly quiet and refined.

Recognising the challenge ahead for Opel as it attempts to rebuild its market share, James Brooks, Managing Director of Opel Ireland said that the new Corsa is a significant first step on that road. “Opel is delivering on a promise to make top technologies available to a wide range of buyers, at affordable prices. It represents a huge opportunity to us, as the first new model in what promises to be an exciting produce pipeline over the next eighteen months.“