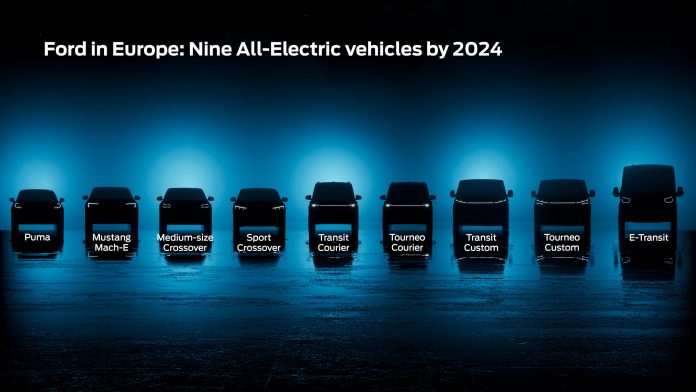 Ford will launch three new electric passenger cars as well as four commercial vehicles in Europe by 2024 as it moves towards an all-electric line-up by 2035. The first of the new cars, expected next year, will be a medium sized crossover based on Volkswagen’s ID.4 MEB platform.

A second all-electric model described as a Sport Crossover, which is also believed to be based on the MEB platform, will launch the following year, while Ford confirmed that an all-electric version of the Puma will go on sale by 2024. Currently the Blue Oval’s only all-electric model is the Mustang Mach-E launched last year.

Ford recently announced the creation of a new global business unit called Ford Model e which is focused on the design, production, and distribution of electric and connected vehicles, and the company confirmed that this division, alongside its commercial vehicle business, Ford Pro, will define Ford’s future in Europe.

“I am delighted to see the pace of change in Europe – challenging our entire industry to build better, cleaner and more digital vehicles. Ford is all-in and moving fast to meet the demand in Europe and around the globe,” said Jim Farley, Ford president and CEO.

“This is why we have created Ford Model e – allowing us to move at the speed of a start-up to build electric vehicles that delight and offer connected services unique to Ford and that are built with Ford-grade engineering and safety.”

While the Puma EV will be assembled at Ford’s Craiova plant in Romania alongside the existing petrol powered Puma, the two as yet unnamed crossover models based on the MEB platform will be built at Ford’s new state-of-the-art EV manufacturing centre in Cologne, Germany. Production of electric vehicles at the Ford Cologne Electrification Centre will increase to 1.2 million vehicles over a six-year timeframe. The company is investing $2 billion in the new electric passenger vehicles to be built there, including a new battery assembly facility scheduled to start operations in 2024.

In order to meet the increasing demand for batteries, Ford has signed a non-binding Memorandum of Understanding with SK On and Koc Holding to establish a battery plant in Turkey, which the company says will be one of the largest EV battery facilities in the European wider region.

“Our march toward an all-electric future is an absolute necessity for Ford to meet the mobility needs of customers across a transforming Europe,” said Stuart Rowley, chair, Ford of Europe. “It’s also about the pressing need for greater care of our planet, making a positive contribution to society and reducing emissions in line with the Paris Climate Agreement.” 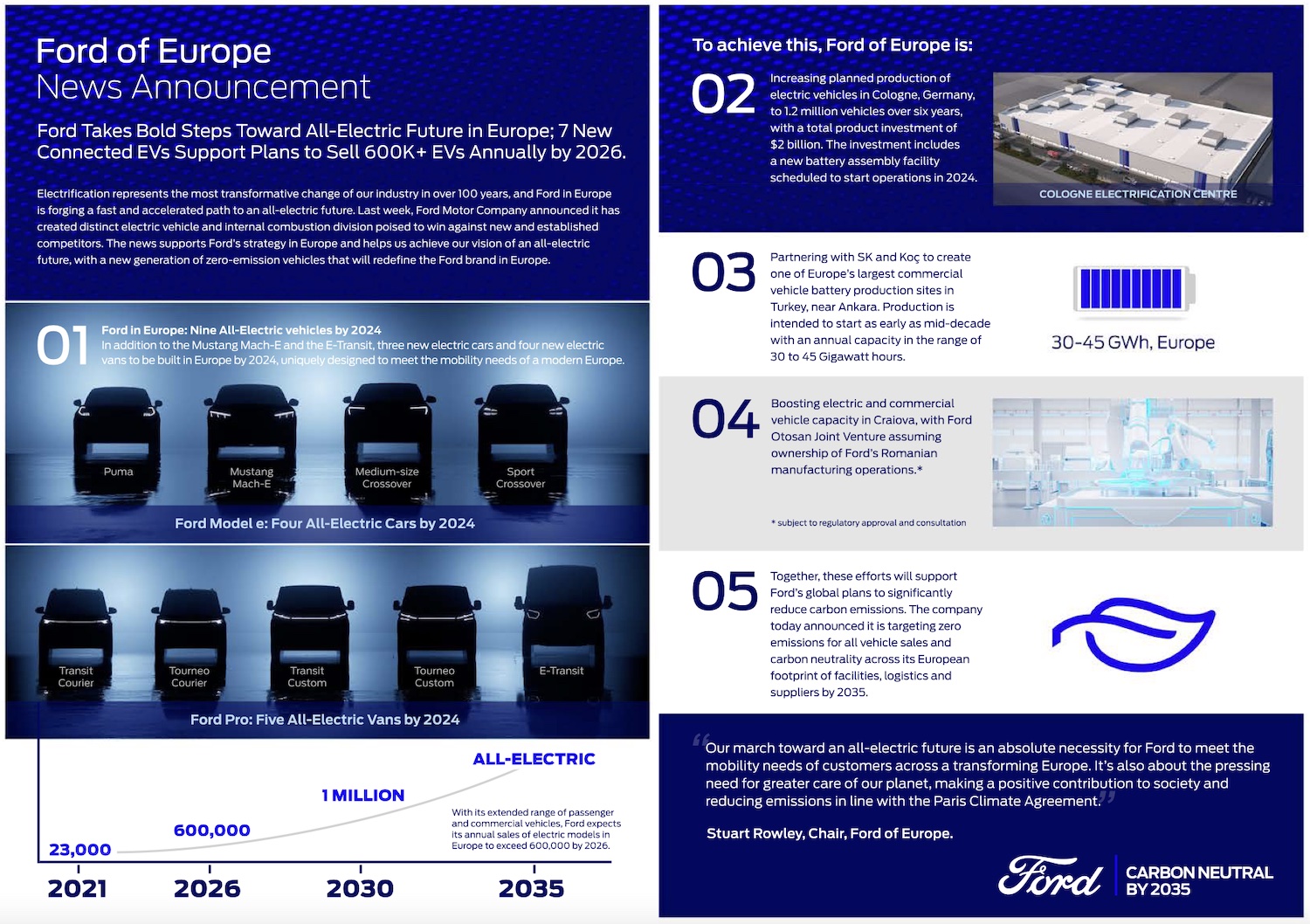