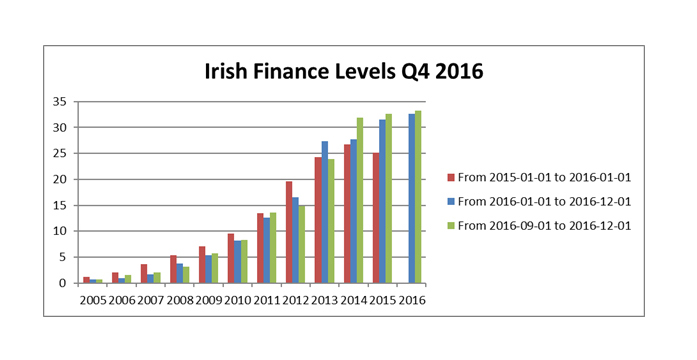 If you’re buying a used car, make sure to check that there isn’t money owing on it. New figures from vehicle data expert Cartell.ie, reveals that up to 11.5% of vehicles offered for sale (across all years) have finance outstanding on them. That represents a sharp increase – in June 2016 just 9.5%. of vehicles on sale fell into the finance owing bracket.

John Byrne of Cartell.ie warns potential buyers to be aware of the risks of buying a vehicle with money owing on it. “The rising levels of finance for newer cars may be attributable to the prominence of PCPs – but remember the impact for a potential buyer is the same: the finance house owns the vehicle until the last payment is made. You can lose the car if you purchase it with finance outstanding.”

As could be expected, the newer the vehicle, the more likely it is to have outstanding finance, though Cartell.ie notes that comparing year on year, there has been a significant increase in the percentage of similarly aged vehicles offered for sale with outstanding finance. For instance in 2015, 26.7% of one-year-old vehicles (those registered in 2014) had money owing on them, but that figure had risen to 31.5% in 2016 for one year old cars registered in 2015 – representing an increase of 18%. This means there is now almost a one-in-three chance of a one-year-old vehicle being offered for sale with finance outstanding.

Look at purchasing a vehicle from 2014 and there’s a 28% chance of it having finance outstanding, while that figure is almost as high for three year old vehicles at 27%. Overall from a sample of over 5,906 vehicles offered for sale and checked via the Cartell.ie website in 2016, the figures show that almost one-in-three registered in the last three years are offered for sale with finance outstanding.

John Byrne expects the trend to continue: “Finance levels for cars offered for sale which are less than 3 years old are over 30%. This means a buyer in the market for a relatively new car needs to be particularly careful. Overall finance levels are rising again. Cartell warned the market in 2015 that finance levels had bottomed out – and would rise. We anticipate levels reaching or even surpassing 13% in 2017.”