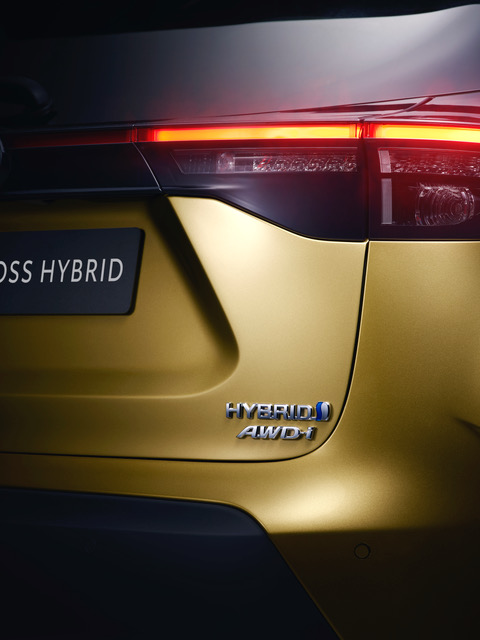 It’s a location that inspired Picasso and Monet, thanks to its scenic beauty, sun and natural light. For the fifth presentation of the Autostyle Car Design Digital Edition Workshop series, the online event travelled along the Côte D’Azure in Southern France to stop off at Toyota Europe’s ED2 Design Centre. Here, the virtual audience were welcomed by Lance Scott, Design General Manager at the facility which opened near Nice in 2000. Upon inviting us inside, Lance explained, ED2 is one of four such Toyota Motor Corporation owned design centres around the world, which has its headquarters in Japan with other similar satellite units in the USA, Brazil, China and Thailand. 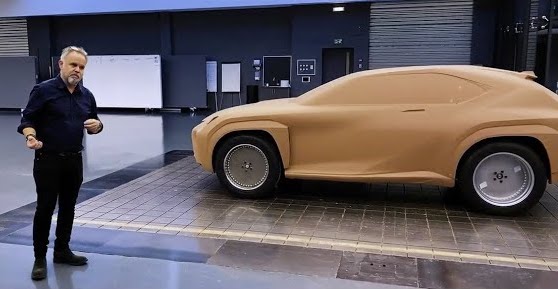 Initially, ED2 was responsible for research and development, investigating the European market and how it differed to other continents. When the corporation took its ‘Global Vision’ approach in 2011, the structure and direction changed at ED2. Strong links were forged with the other design centres, particularly Japan in the creation of the new era of dynamic cars from a brand that was once labelled ‘conservative’, ‘boring’ even!

In reality, that all changed with the arrival of the mid-sized C-HR crossover SUV, along with  a number of rather interesting concept cars for Toyota’s sister premium/executive brand Lexus. The LF SA was highlighted along with the C-HR by Lance as the beginning of the renaissance. Other prototypes and imaginative collaborations have emerged since and premiered at major motor shows in recent years, such as the e-4me, the e-Palette, e-Care, e-Trans, e-Racer, among others. 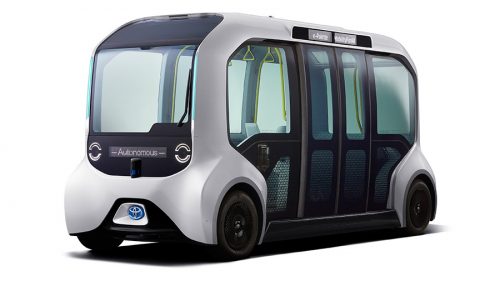 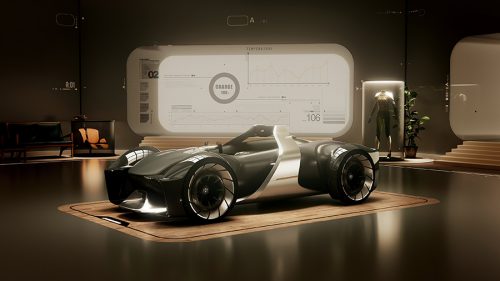 As Lance passed through ED2’s various departments, he mentioned that all members of the various design teams work under one roof, to ensure better communication, collaboration and a broader platform for ideas to be explored and implemented. All CAD – Computer Aided Design techniques are used but Lance is in away a traditionalist, still keen on hand renderings and full sized modelling – “to get a right feel for the model being created,” he said.

“Automotive design is always a challenge,” he added. Meeting tradition with trends and into the future to ensure the new vehicle gets the right reaction, which he said: “is something special”. Lance is firmly of the opinion that here and now the motor industry is in transition – “being part of a big movement in its history”. He explained what he meant. “In the early years, people moved from the horse carriage to cars now we enter the era of the electric autonomous car. The future looks good and he looks formed to the challenge, particulary when it comes to functionally. Already, Lance and his team have began the process with its own strategy. Details of which we were informed later.

The former Coventry University student, cites that the future of mobility will take two directions; Optimised Mobility and Specific Mobility. With the former, the focus centers towards autonomous operation with a seamless ecosystem. Tow examples designed recently such as the e-Palette and the e-Care (CareShare) concepts demonstrate this element, while the e-Racer will satisfied the desire for fun, without being practical! Other developments will cater for shared ownership driving, off-road utility operations and other futuristic trends. “The future will be beautiful,” he quipped but added that whatever is created must capture the emotion of the customer/user.

On advising up and coming designers, Lance called for the individuals to express passion, enthusiasm, ideas, courage, conviction and a good practice on CAD and hand renderings and be willing to learn and be trained. 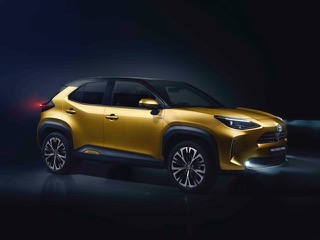 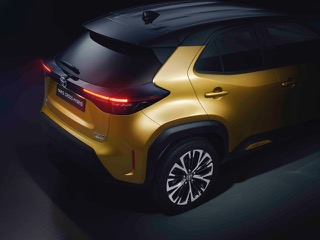 Lance then presented the inside story on the birth of the new Toyota Yaris Cross.

“Yaris Cross is also a genuine SUV, benefiting from Toyota’s experience in originating the concept of the recreational SUV 25 years ago with the RAV4 – today the world’s best-selling SUV – and more recently in producing the stylish and highly efficient C-HR,” began Lance. He emphasised that Yaris Cross follows its sibling hatchback model in adopting Toyota’s new GA-B vehicle platform to ensure a high level of body rigidity and a well-balanced chassis, making the car responsive and agile. Regarding its dimensions, Yaris Cross has the same 2,560 mm wheelbase as the new Yaris hatchback, but is 240 mm longer overall, with 60 mm added to the front overhang and 180 mm to the rear, securing more interior space. The ground clearance is 30 mm higher and the vehicle is taller and wider overall – by 90 and 20 mm respectively.

The design process of Yaris Cross brought together a wide team from studios in both Europe and Japan. Several renderings were produced, with five initial proposals whittled down to two, one from each centre, which eventually emerged into one. Lance described the emergence of the new model: “When we started this process, we understood that while style is the number one purchase reason in the B-SUV segment, customers were also keen to have a high level of practicality. Not easy things to reconcile, especially in a compact package. From the very beginnings of the design concept, we had the European customer in mind, but needed to understand more about them. So we went out and interviewed real customers to understand their lifestyle, what they liked, what their daily activities were and how they enjoyed themselves. After an enjoyable and enlightening process, we came back enthusiastic to design a car that would mirror their personality and deliver a vibrant combination of being both sophisticated and energetic.

As a team, we came up with the key words ‘Robust’ and ‘Minimalistic’, which we felt would express both compactness and agility, as well as the robustness and strength of an SUV. When we started to sketch ideas for the exterior, the iconic image of a diamond consistently came to mind. Subsequently we coined the phrase ‘nimble diamond’ to express the hard, strong and premium image of the gemstone combined with the agile and fun to drive personality we felt the car needed to convey. From the top view, or plan view as we call it, we ‘cut’, or ‘shaved’ the body to give us a diamond shape that allowed us the space to emphasise the car’s wings. This diamond body shape combined with the four bold wings gave us an energetic shape which was both strong and sophisticated.

Clearly, we want the car to be immediately perceived as a SUV, so we emphasised a higher ground clearance, a strong horizontal axis giving a great balance and poise, big squared wheel arches and of course big wheels … up to 18”! The face was also a very important aspect for us. We wanted to keep the strong DNA of Toyota’s SUV line-up but at the same time give Yaris Cross an identity of its own.

At the rear, we again focused on giving the car a good stance with the wide wings illustrating how it looks planted on its wheels. Combining the horizontal rear tail lamps and rear screen clearly shows family identity with Yaris, yet the wider and more squared tailgate hints at the luggage space’s larger flexibility for daily usage.

For the exterior colour, we started to think about something that could express an active and high-quality image that our target customers would really appreciate. Looking at future colour trends we can see that there is a growing tendency for gold and other precious metals, but we wanted to offer something a bit more natural and urban. Adding a subtle hint of green to the gold direction, whilst also de-saturating the colour to emphasis the metal like appearance, gave us this fresh urban yet active appeal that highlighted the surface form of the exterior. The final result is a colour we call Brass Gold,” he concluded.

The interior design was undertaken by the Japan Design Centre with special attention has been given to practicality and versatility as expected in today’s sports utility vehicles. 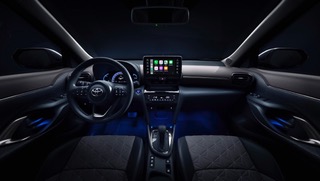 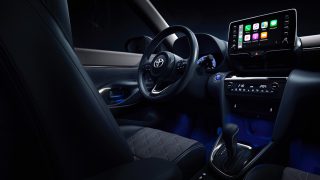