Home Direction Lexus is the Official Car of the Davis Cup by Rakuten Finals... 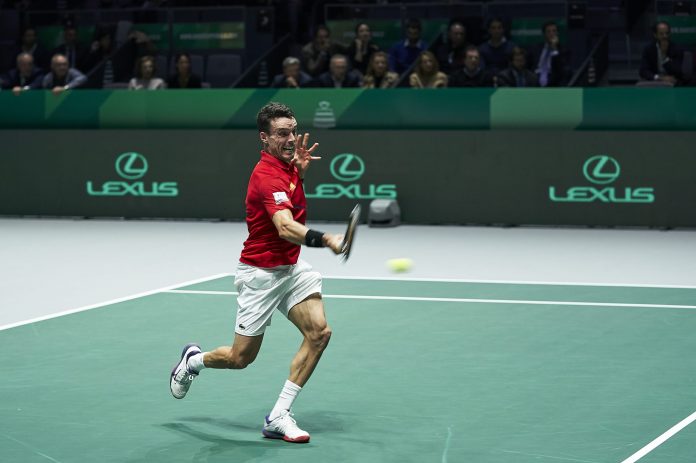 Lexus has announced as the official automotive sponsor of the Davis Cup by Rakuten Finals 2021.

The prestigious international men’s tennis competition will take place in Madrid from 25 November to 5 December, with group stage and quarter-final ties also hosted in Innsbruck and Turin. As part of the partnership, Lexus will be responsible for providing official transport for players and teams from the 18 competing nations in the tennis village.

There is an authentic synergy between Lexus and the Davis Cup, with both striving to deliver unforgettable experiences for customers and fans alike. The partnership coincides with the launch of the all-new Lexus NX, a model which opens a fresh chapter for Lexus.

The all-new NX is being launched with campaign named Feel More, drawing on clear connections and association with tennis, a sport that delivers fast action, strong emotions and memorable moments of passion.

Founded in 1900, the Davis Cup by Rakuten has grown to become the largest annual world championship in sport, with 142 nations entered in 2021. The new finals format, which sees the top 18 nations compete to be crowned Davis Cup champions, was introduced in 2019, with Spain winning the title in Madrid.

Spiros Fotinos, Head of Lexus Europe, commented: “We’re incredibly excited to reignite our relationship with this iconic sporting event. The Davis Cup has a unique format across multiple countries, bringing together top tennis athletes and fans – many of whom are luxury consumers. The opportunity for Lexus to engage with this audience through a shared passion for excellence, determination and incredible experiences could not be missed.”

Albert Costa, Director of the Davis Cup Finals, said: “It is a great luxury to be able to count on Lexus again for the second edition of the finals. This year’s event is being staged in a multi-site format in three countries and Lexus is demonstrating its enormous capacity for management, service and professionalism. We are confident that, as in 2019, the world’s best players and teams will be delighted with the performance Lexus will provide at the competition.”