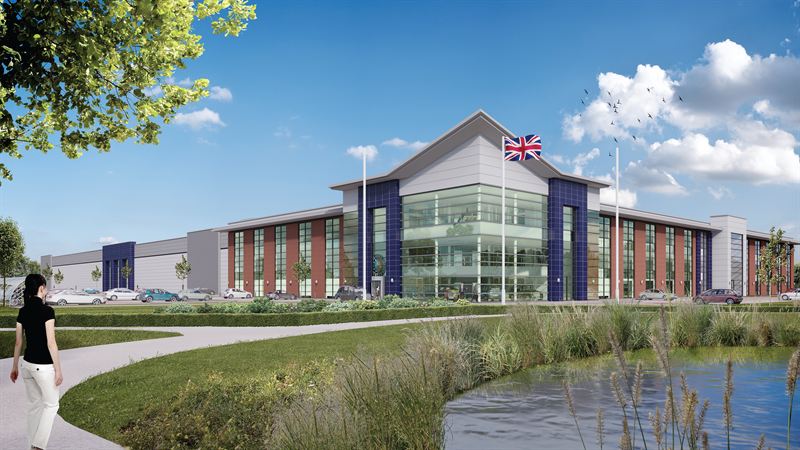 The London Taxi Company has announced the start of construction work to build its new research, development and assembly site in Ansty, Coventry. It is the first car production facility for more than 15 years in the UK.

This important milestone comes soon after the company’s £250 million investment project was announced in the presence of the Prime Minister and Mayor Boris Johnson earlier in the year.

The new facility is the first greenfield development of any Chinese automotive manufacturer in the UK, demonstrating parent company Geely’s ongoing commitment to the country and West Midlands region. The investment will create up to 1000 direct jobs, and support a further 500 roles in the local supply chain.

The 37,000m2building will be constructed by main contractors Winvic, and comprises a 31,000m2production facility, which will make the next generation of the iconic London Black Cabs from 2017 and other forthcoming models, as well as 6000m2office space. Ansty will be Geely’s UK base for ultra-low emission vehicle R&D and the London Taxi Company’s global headquarters.

Reflecting The London Taxi Company’s values of sustainability, the Ansty site will have an ‘Excellent’ BREEAM rating and be ‘A’ rated for energy performance. The building will include 850m2photovoltaic solar panels, and 20 electric vehicle charging points. It will also harvest waste heat from compressed air systems to warm the air and provide hot water, while rainwater will be collected for use in all of the facility’s toilets.

The London Taxi Company’s recently appointed Chairman, Carl-Peter Forster, commented: “The Geely group strategy to invest in ultra low emission technology is progressing well across all its brands. The London Taxi Company and its new products are central to that approach and our investment here demonstrates continued commitment to the UK automotive sector and helps to underpin the world class engineering capabilities which can be accessed in this country.”

The London Taxi Company’s Chief Executive, Peter Johansen, said: “Today marks another important step forward for the company and our employees as we prepare to produce the next generation of ultra-low emission vehicles here in Ansty. We would like to thank the local authorities for their hard work and support during the planning process, and everyone who has been associated with the building project to get us to this point today. We’d also like to thank our main contractor Winvic, whose work so far has been impeccable.

“Mark Pawsey, MP for Rugby, added: “Investment of this nature in advanced manufacturing and ultra-low emission vehicle technology is exactly the type of activity we need to encourage and support. This is a fantastic addition to our already booming automotive industry, and further demonstrates The London Taxi Company’s ongoing contribution to the local economy which will only grow with the creation of many hundreds of high quality jobs for local people.”

David Ward, Winvic Managing Director, said: “We are thrilled to have been appointed by The London Taxi Company to build their new home here at Ansty. By applying the very highest sustainability and construction standards the building will be befitting to the products that will be produced here. This is a really exciting time for The London Taxi Company and for manufacturing in the region and we’re pleased to be playing a part in its development.”

“Investment in Ansty Park in recent years has established it as home to the world renowned Manufacturing Technology Centre (MTC), the MTC Aerospace facility, the University of Birmingham and Rolls-Royce High Temperature Research Centre, Sainsbury’s Store Support Centre and the MTC National Apprenticeship College, as well as the exciting developments by the London Taxi Company.”

The London Taxi Company’s investment reinforces the strength of the UK automotive sector, and the importance of the West Midlands as an engine for that growth. More than a quarter of the UK’s 30 largest automotive manufacturing sites are based in the West Midlands, with global vehicle makers announcing £850 million investment in the area so far this year. The automotive industry supports around 770,000 jobs in the UK and added £12.4 billion to the country’s economy.