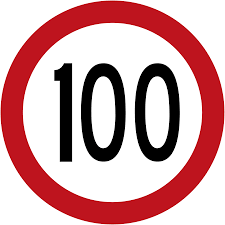 A new survey by Liberty Insurance suggests that older drivers are more likely to break speed limits than their younger counterparts.

The research, which was commissioned by Liberty Insurance and carried out by RED C interviewed 469 Irish car insurance owners between the ages 17-75. It found that 38% of over-60s admit to having received a fine or penalty points for speeding, compared to the national average of just over 1 in 4 (26%) drivers.

Furthermore 61% of over-60s admit to breaking the speed limit, compared to an overall average of 52%.

On the whole, drivers are supportive of greater penalties the more a driver is caught breaking the speed limit, with 65% supporting the proposed introduction of graduated penalties.

“Part of the problem may be a low awareness of speed limits amongst road users or complacency while driving, with only 51% of Irish drivers ‘always’ aware of the speed limit for the road or street they’re driving on,” commented Siobhan Fay of Liberty Insurance. “We need to ensure that all road users are aware of the speed limits and increase the level of diligence by motorists to exercise more care and attention while driving.

“One potential solution proposed by the Minister for Transport is the introduction of graduated penalties for speeding. In effect, this means that the more you exceed the speed limit, the more penalty points you will receive on your licence. Any measures or proposed new solutions with the potential to make Irish roads safer is to be welcomed, though we await with interest the Minister’s proposals on how this would work in practice”.