Gleaming cars, sparkling prizes and interesting presentations were the order of the day for the fifth annual Motorcheck.ie Fleet Car Awards 2016. The only business to business national car awards programme in Ireland honoured seven European and two Asian brands in the nine categories ranging from Irish Green Fleet Car to Executive Car of the Year. The event held at Clontarf Castle, Dublin was attended by delegates from the fleet and corporate car sectors plus associated organisations.

“The Motorcheck.ie Fleet Car awards are now well established, in fact this is the fifth year they are held. As the Awards are totally B2B, the 41 cars shortlisted are assessed by experts in the fleet sector, who looked at each contender relating to a number of parameters such as total cost of ownership, safety, comfort and aftermarket plus the brand’s investment and presence in the fleet/corporate car industry,” explained Cathal Doyle, Deputy Editor, Fleet Car magazine and co-ordinators of the Awards programme.

Among the prize winners was the Nissan Leaf in the Irish Green Fleet Car of the Year 2016 Award while the latest Ford Focus scooped the C-Segment title. The Mercedes-Benz CLA was elected as the best in the C-Segment Premium class with the new BMW 7 Series got the top votes in the Luxury category. Another newcomer the Hyundai Tucson was deemed the favourite Crossover with the Volvo XC60 taking the Crossover Premium. In the competitive D-Segment the BMW 3 emerged victorious with the Ford Mondeo proving its worth with most marks in the D-Segment section.

The all-new Mercedes-Benz E-Class, fresh from the production line, has won its first major award since launch, wowing the adjudication panel to take the top honours in the Executive Car category. Honourable mentions went to the Toyota Prius, Auris, Avensis and RAV4, Mazda3, Nissan Qashqai, Jaguar XE and Hyundai i40.

Prior to the announcement of the awards by compère Mark Richardson, a Forum entitled ‘Driving Efficiency & Safety in the Fleet Car sector’. Attendees heard from Seamus Cullen, Irish School of Motoring on the subject of ‘Online & On Road Training for Fleets’, followed by Des Lawlor from Flogas Autogas highlighting the merits of LPG as the future of energy. ‘Getting the best from your Fleet’ was the title of the subject matter from Declan Allen from the Dublin Institute of Technology.

Category winners at the 2016 motorcheck.ie Fleet Car awards and sponsors: 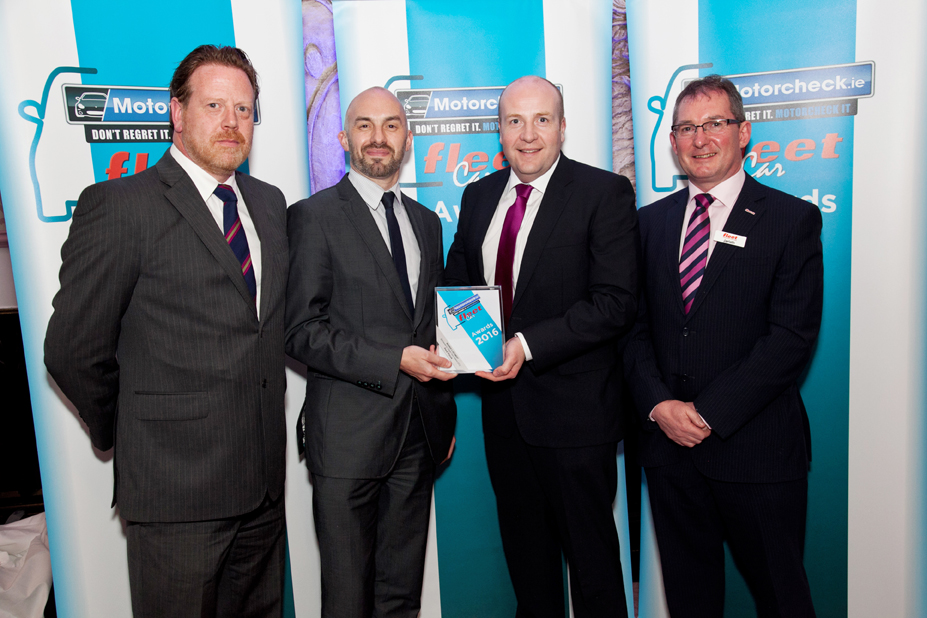 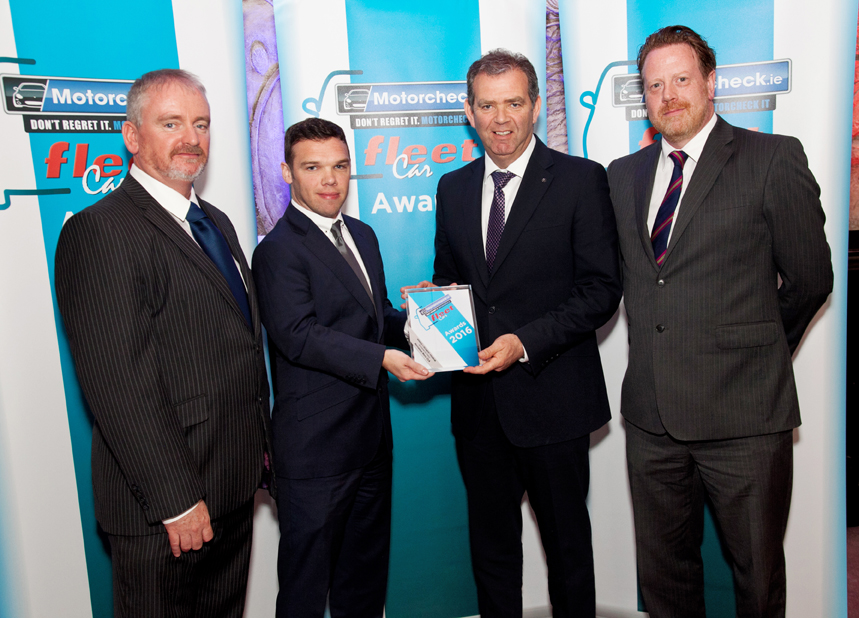 A de-cluttered Vehicle is definitely a safer Vehicle