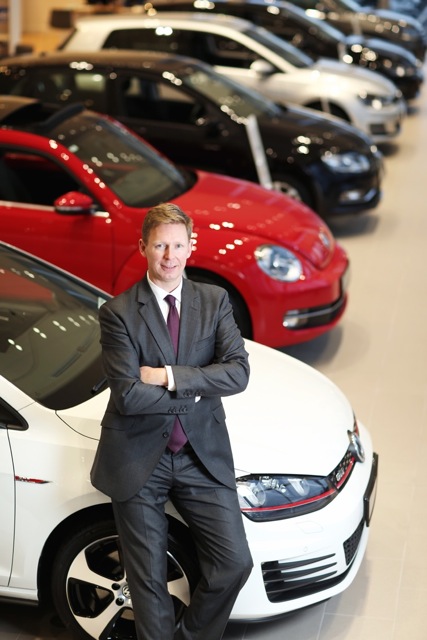 Volkswagen Bank Ireland provided Irish consumers with car finance in excess of €228 million in 2014, representing growth of more than 34%, year on year. The availability of flexible finance packages such as PCP are driving sales growth across the Group with Volkswagen brands now accounting for 25% market share.

Commenting on the Q1 performance, Volkswagen Group Ireland CEO, Lars Himmer, said today that Volkswagen Group has a clear strategy of investing strongly in Ireland in its Dealer network, its Aftersales service, in ensuring the availability of competitive finance and in innovation to deliver strong product choices for consumers in Ireland, this is now resulting in renewed growth across all Volkswagen brands in this market putting the Group back into a market leading position.

Speaking on the publication of Q1 results he added: “The availability of innovative finance solutions such as PCP have kept the Irish motor industry alive through difficult times, now that the economy and the market is recovering we are well positioned to deliver real value for Irish motorists. PCP now accounts for almost two thirds of all new product sold by Volkswagen Bank. Volkswagen Bank delivered financial funding of more than €135 million to almost 7,500 customers in the first quarter of 2015.”

However Lars Himmer still sounds a cautious note about this year’s sales figures. “We are still operating at crisis levels, even if we were to attain a market of 120,000 cars in Ireland this year. We are merely on the right path to ‘normal’ levels. Until we reach levels of over 130,000, which is likely next year, then we are still in a very serious situation.”

Volkswagen announced that it was offering Used PCP on cars across the Group in 2015 and these have been proving popular with customers.

Volkswagen Passenger Cars was the Number One car brand in both March and the First Quarter of 2014 and now has 12.2% Market Share YTD. The Golf remains the most popular car model in Ireland too, with just under 5% Market Share.

Audi is the leading premium brand in Ireland, ahead of BMW and Mercedes-Benz with 4.0% Market Share. ŠKODA is up 14.6% on its sales performance for the first three months of 2014 and SEAT continues to show growth, with a 9.6% growth YTD.

With the commercial vehicles market up a very encouraging 58%, a strong signal of economic growth, Volkswagen Commercial Vehicles enjoyed a 55% increase in the first quarter compared to 2014 with the Caddy remaining their top-selling model. Another competitive edge is that VWCV is the only brand in Ireland offering commercial vehicle PCP.