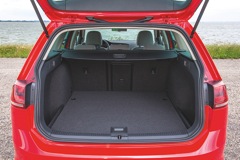 Automakers had a rough start to 2020, with global auto production, and sales slumped amid the coronavirus outbreak. Supply chain disruptions, factory closures, and sales drops had a massive impact on the largest automobile manufactures, causing a sharp fall in their revenues.

According to data presented by StockApps.com the Volkswagen Group, Toyota, and Renault-Nissan-Mitsubishi Alliance, as the leading automobile manufacturers based on global sales, lost $104.5bn in combined revenue in the first half of 2020.

Volkswagen Group Revenue Plunged by $34.5bn, the Biggest Drop in 2020

The world’s largest automobile manufacturer, the Volkswagen Group sold the most cars in 2019, delivering 10.2 million sedans, sport-utility vehicles, and compact cars under its top passenger car brands, and almost 734,000 trucks in its three commercial vehicle brands. Statista data also revealed the German automaker hit a 25.4% market share based on new car registrations in Europe as of October.

Although the company managed to reduce the effects of COVID-19 in the first half of the year, the H1 2020 financial report still revealed severe losses. Between January and June, the Group’s sales revenue plunged by $34.5bn to $114bn, the heaviest fall among the top three automakers.

The COVID-19 outbreak caused a 27% drop in vehicle deliveries and an adjusted operating loss of $940 million in the first half of 2020, down from an $11.8bn adjusted operating profit in the year-earlier period, forcing the German automaker to slash its dividend. The Yahoo Finance data also revealed the Volkswagen Group market cap dropped by 17% in 2020, falling from $98.1bn in December 2019 to $80.8bn last week.

Toyota Motor Corporation, the world’s second-largest car producer, sold 10.74 million vehicles in 2019. With 7.9 million cars sold between January and June, 100,000 more than VW Group, the company could become the leading automaker in 2020 if COVID-19 is contained in its most important markets, Japan and the United States.

The auto giant expects coronavirus to deliver a major blow to earnings and sales in the fiscal year ending March 2021, with net profit forecast to plunge 64% year-over-year to $6.97bn.

With 10 million vehicles sold in 2019 and 6.3 million in the first half of 2020, the Franco-Japanese Alliance, Renault-Nissan-Mitsubishi, ranked third on the list of the top-selling car manufacturers.

Nevertheless, the COVID-19 outbreak severely affected their business. The Renault Group suffered a massive downturn for the first half of 2020. Between January and June, the company reported $21.8bn in sales revenue, a $12.5bn or 34% plunge year-over-year.

Sales figures were also down for the period, with the Renault Group suffering a 34.9% plunge globally and 41.8% in Europe, the second-worst hit region after the Americas. Nissan’s sales dropped by 47.7% globally and 33.7% in its home market of Japan.

Mitsubishi Motors reported a $12.6bn revenue loss in the fiscal year ended March 31st, 2020. The downturn continued in the Q1 of the fiscal year 2021, with revenues falling to $25.5bn, a 32% plunge year-over-year. The Japanese multinational automotive manufacturer suffered a total loss of $24.8bn in the first half of 2020, while its market cap halved reaching $2.98 bn last week.

Statistics show the Franco-Japanese Alliance lost a total of $37.3bn in sales revenue in the first half of 2020.