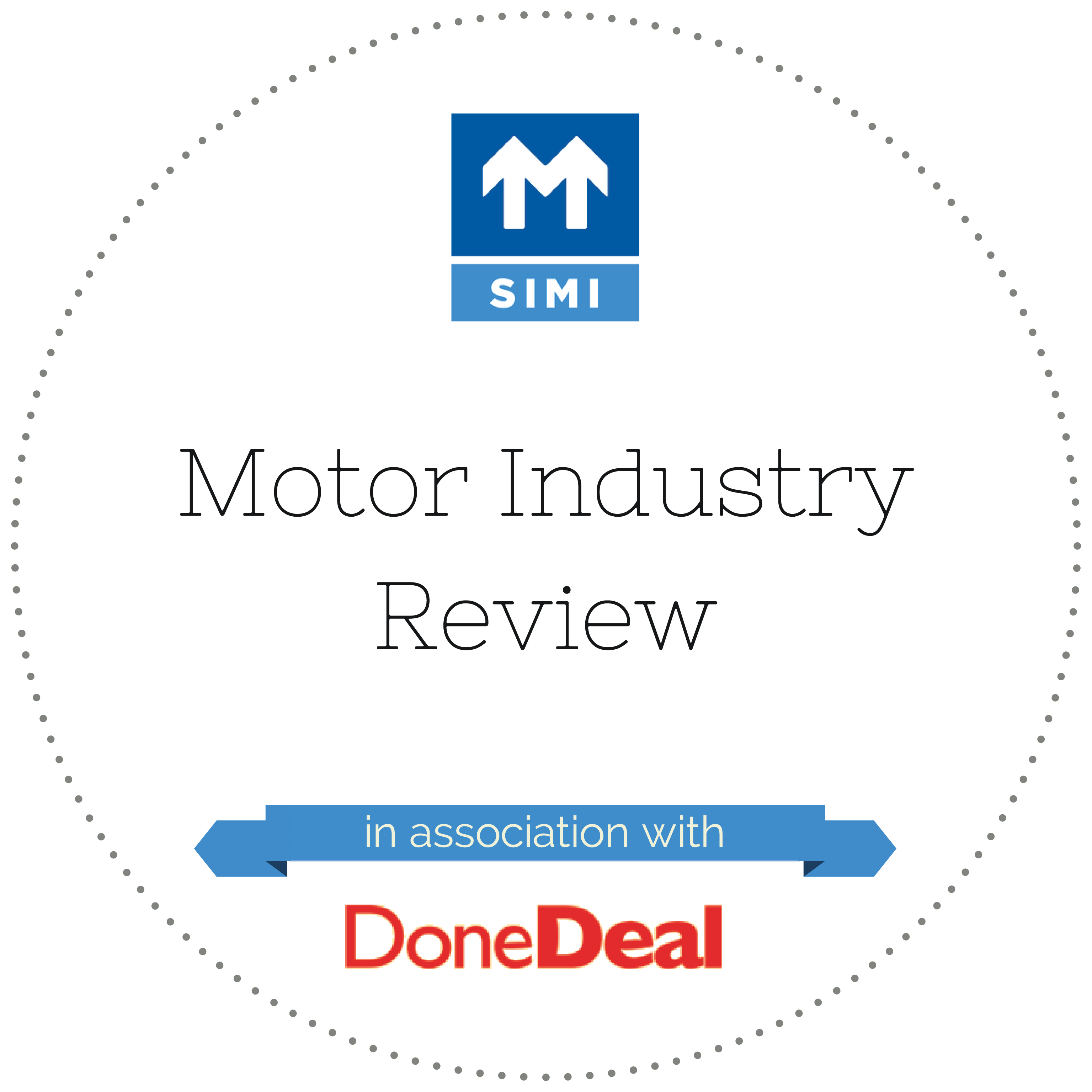 A review by the Society of the Irish Motor Industry shows the upturn seen in the first half of the year has continued in the third quarter. The Third Quarter Motor Industry Review for 2014, produced in association with DoneDeal points to a total new car market in excess of 95,000 units this year, which is 15% ahead of the Industry’s expectations 12 months ago.

Using data from Revenue, CSO, NVDF and RSA as well as SIMI and DoneDeal for the first three quarters of 2014 the report covers sales, job creation, fuel prices and vehicle safety. It also surveyed Motor Industry businesses on issues currently affecting them.

The increase in car sales has seen the Exchequer collect €902million in VRT and VAT from new and used car sales during the first 9 months of the year which is 27.9% higher than the corresponding period in 2013.

The Review also highlighted a 3.9% decrease in petrol costs, a 4.6% decrease in diesel costs and a 2.8% decrease in the cost of a new car. Motor insurance costs, though, have risen by 6.7% compared with 12 months ago.

DoneDeal’s statistics have also reflected the upturn in the motor industry in the first nine months of 2014.  In September 2014 there were 74,461 classified advertisements for the motor trade on the site, an increase of 12.4% from September 2013.

The recent Budget saw no increases in motor related taxes, with VRT, Road Tax and Fuel Taxes all remaining untouched. As a result the outlook for 2015 remains one of steady recovery in the Sector with increased sales increased employment and increased tax contribution to the Exchequer.

Majority of road deaths occur on Rural Roads in 2021