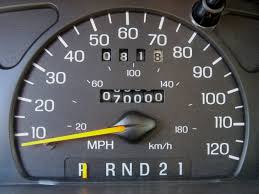 With ‘clocking’ of vehicle odometers continuing to be a major problem – between 5% and 12% of cars sold in EU markets have been tampered with, the European Parliament is set to back a report by German MEP Ismail Ertug which aims to create legal, technical and operational barriers to make manipulations either impossible or so time consuming, difficult and expensive that it doesn’t pay off.

Outside the EU the picture is even worse, with 30% to 50% of all cars in cross-border trade having incorrect mileage, and studies confirming that the total economic burden for European consumers is between six and nine billion euros annually. Manipulating the odometer to pretend that a vehicle has fewer kilometres than it really does is too easy and too cheap, says Ismail Ertug who is part of the Group of the Progressive Alliance of Socialists and Democrats (the S&D Group): 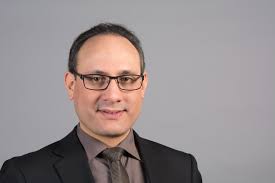 “This kind of fraud does not only impose unfair and additional costs to consumers, insurers, second-hand car dealers, leasing companies and also manufacturers, but it also poses a serious threat to road safety. My report suggests four measures to efficiently fight these manipulations: mileage databases at member states’ level, increased hardware and software security in new cars, access to mileage data from connected vehicles and a stronger criminal prosecution.

“It is particularly unfair because this fraud especially hurts those citizens who already have economic problems and can’t afford to buy a new car. Second-hand car owners will follow a wrong maintenance and inspection log, which in turn can lead to a delayed or wrong replacement of parts and components. Premature wear and tear will lead to increased maintenance and repairs and – due to unexpected costs which many people cannot bear – to more unsafe vehicles on the roads.

“Some EU countries like Belgium have already established database systems that store mileage recordings from Periodical Technical Inspections, maintenance and inspection visits at garages. As a result, the number of cars with manipulated odometers has almost disappeared. In order to have the same effect in cross-border trade, three factors are crucial: data must be collected at member state level, it must be correct and cross-border access to those data must be possible.”

“That is why a European database solution could help to collect data in a uniform manner and to enable cross-border exchange. I suggest building upon existing structures like the EUCARIS, because it would be a cost effective approach.”

“These measures against odometer fraud are effective, cheap and ready to use. The European Commission should act swiftly and propose a legislative framework following our recommendations. Here we can create an immediate and direct added value for European Citizens” concluded Ismail Ertug