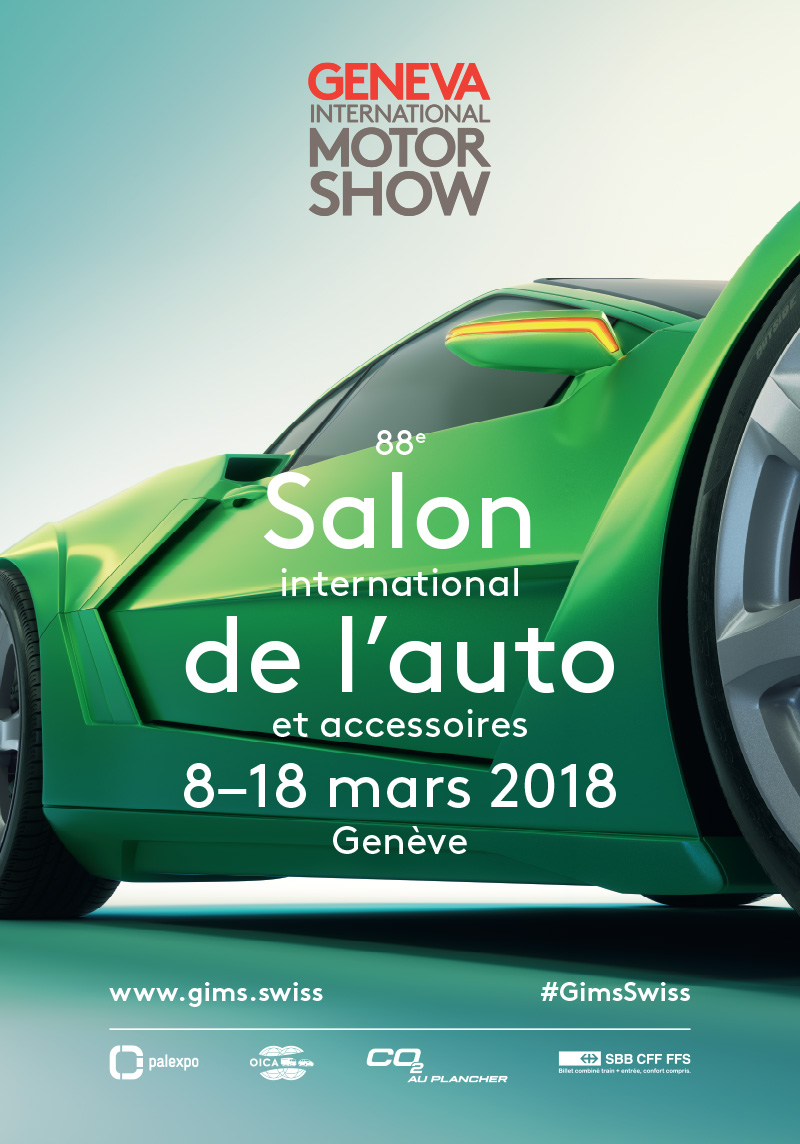 It’s the major annual motor show in Europe, the one where car manufacturers get to reveal their latest models, prototypes and visions for the future. Jarlath Sweeney caught up with all that was on display for Fleet Car

In a closely fought competition, the new Volvo XC40 compact Sports Utility was announced as the 2018 European Car of the Year, on the eve of the opening of the 88th annual Geneva Motor Show. “Winning this award with our new XC40 is perfect timing,” said Håkan Samuelsson, President & CEO of Volvo Cars. “Volvo now has three globally available SUVs in its range for the first time. The XC40 will be a strong contributor to further growth, taking us into a new and fast-growing small SUV segment,” he added. 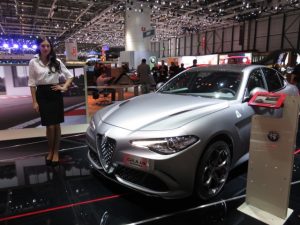 Amidst the talk about Alfa returning to F1 (via Sauber), the Italian marque showcased two desirable limited versions of the Stelvio and Giulia Quadrifoglio (Cloverleaf) in Nürburgring form, paying homage to the legendary German racetrack.

Audi A6 and more 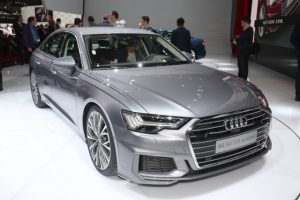 Audi continues its model renewal programme in the premium class: following the new Audi A8 and the new Audi A7, the Volkswagen Group brand has now introduced the next generation of the Audi A6. Whether in terms of digitalization, comfort or sportiness, the newly sculptured saloon aims to lead the executive segment. Audi also unveiled the prototype of its first purely electrically powered model. This sporty SUV offers the space and comfort of a typical luxury car together with a range suitable for longer journeys.

Mmmm… with a capital ‘M’ from BMW 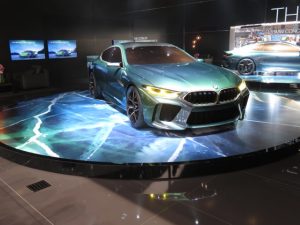 The letter ‘M’ means a lot more for the Munich manufacturer as it unveiled the M8 Gran Coupé, its new flagship model, creating highest levels of luxury, sportiness and elegance, according to Adrian van Hooydonk, SVP, BMW Group Design. 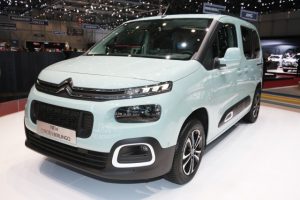 Goodbye Picasso – Hello SpaceTourer! Citroën rebrands its MPVs with SpaceTourer replacing the models badged with the famous Spanish painter’s name. Mentioning people carriers, the all new Berlingo Leisure Activity Vehicle (LAV) was among its debutants, as was the more refined Cactus hatchback. 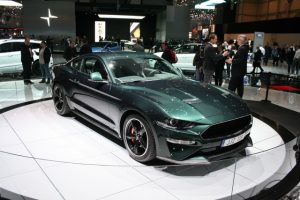 To mark the 50th anniversary of the iconic Bullitt movie (starring Steve McQueen), Ford has introduced a 5.0 litre V8 464 PS Limited Edition version of the Mustang. Featuring alongside was the Edge ST-Line, new KA+ Active crossover and the first public showing of the new Tourneo people carrier. 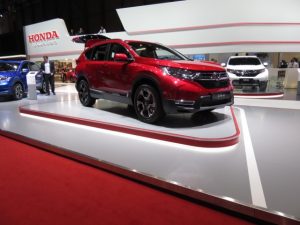 Honda revealed the all-new CR-V. The new generation of its best-selling SUV raises the bar in terms of interior quality, refinement and spaciousness – including, for the first time, the option of seven seats on petrol models.

Honda also displayed a range of its latest and most exciting concepts including the futuristic Sports EV Concept. 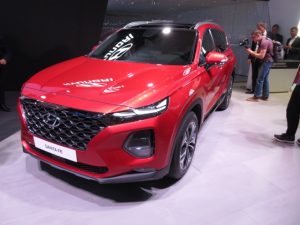 Following the successful launch of the Kona compact SUV, Hyundai has now developed the first electric version for this segment. For the current mainstream marketplace, much interest will be on the new Sante Fe. Keen to further promote its hydrogen technology, the all-new NEXO is Hyundai’s next generation cell vehicle. 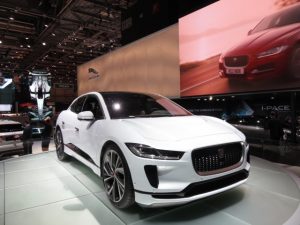 Hail the I-PACE, Jaguar’s first electrically propelled vehicle and newest member of the PACE family, which had its official unveiling here as well as live through various social media channels. Order books were open even at this early stage for this compact SUV following huge on-line interest. 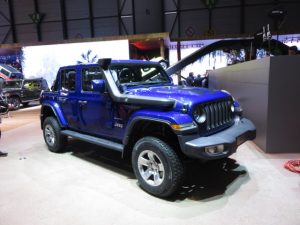 From the fourth generation Wrangler to the new Grand Cherokee Trackhawk, its most powerful Jeep SUV ever, the FCA Automobiles Group brand is keen to increase its market share across the European continent. 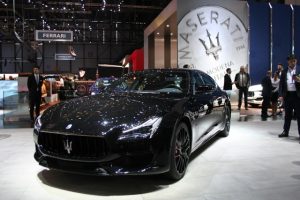 Another brand with special editions – Maserati Nerissimo models all dressed up in black throughout its range: Ghibli, Quattroporte and Levante, all available in GranSport trims. 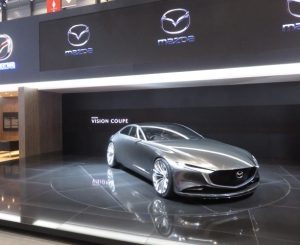 Two stunning concepts from the Japanese marque, namely the Vision Coupe and KAI concept, along with the world debut of the new Mazda6 Saloon and Tourer made a big impact, with the concepts once again threading the path towards full production.

Mercedes-Benz from A to C 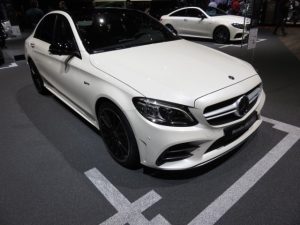 Prominent on the Mercedes-Benz stand were many versions of the new sharper C-Class and A-Class models. The C-Class in its current generation is Mercedes-Benz’s top-selling model, as worldwide sales topped 415,000 in 2017. The C-Class is produced at four plants on four continents – Bremen (Germany), East London (South Africa), Tuscaloosa (USA) and Beijing (China), its biggest market.

Sleeker A-Class will offer higher spec and a wider choice of petrol and diesel engines. 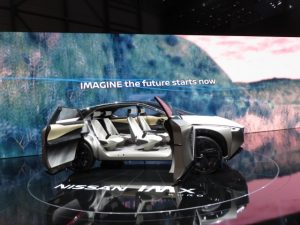 No, it’s not yet another sequel to the popular Transformer movie series but Nissan’s interpretation of the world’s changing lifestyle. Showcases ranged from the IMx KURO concept to the acceleration of its electrification programme (for both car and commercials) which now also includes its Formula E motorsport debut. 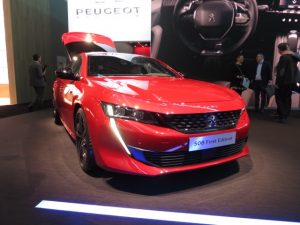 Visitors’ eyes were focussed on the all-new beautifully shaped 508 and rather hip Rifter 4×4 Adventure vehicle, based on the new Partner, while the new 3D sculpture of the Peugeot Lion (to record 160 years of the branding) turned heads also.

Renault on a roll 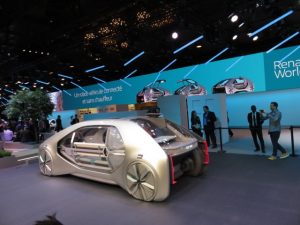 Mannerly queues formed at the stand for short rides in the innovative EZ-GO,  Renault’s electric, autonomous, shared robo-vehicle concept. It is both a vehicle and a service that allows people to hail a ride either from a fixed or mobile location. Renault believes vehicle-service integration combined with connection to city infrastructure – combining sensors, data analytics, connected services, multimodal systems and more – will be a key characteristic of successful mobility solutions and smart cities of the future.

No sitting back at SEAT 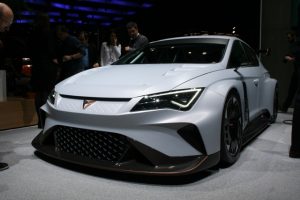 All go for the Spanish brand under the Volkswagen Group as sales continue to rise. New launches included the public reveal of its new Cupra performance range, the debut of the Cupra e-Racer touring car and the introduction of the Arona SUV with Natural Gas power.

Škoda – on Czech to the future 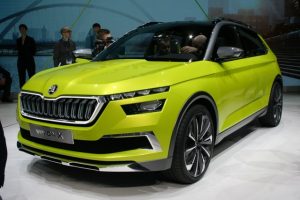 Always good for designing interesting concepts, Škoda once again did not fail to disappoint. This year it’s the Vision X which could lead to the next SUV from the Czech brand. Also premiered were the new Fabia, Kodiaq in range-topping Laurin & Klement trim, and the latest Superb and Octavia RS models. 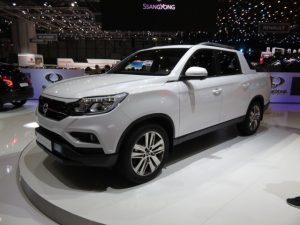 Enter e-SIV, the new C-segment electric SUV from the Korean manufacturer, pointing towards its future direction for mobility, new technology and product development. In the meantime, it’s also got the all-new Musso Actyon Sport Pick-Up. 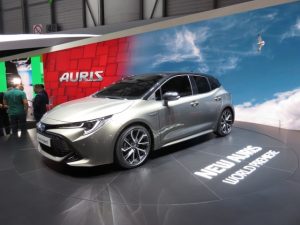 When looking at the success of Toyota’s hybrids in Europe, the Auris, since it was first launched in 2010, is the model which moved petrol/electric technology from niche to mainstream. It was aimed right at the heart of the important European C-segment market and since then more than 460,000 units were sold.

It’s been a breakthrough car for Toyota because most have been bought by people new to the model, or to the technology. Now a new chapter in the Auris story has begun with third generation launch. New Auris will be made at the Toyota factory in Burnaston, England and sales in Europe will start early next year.

Volkswagen has got the right I.D. 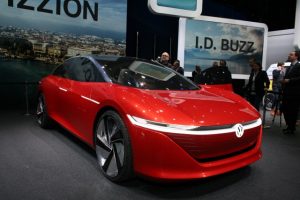 Time travel from Volkswagen with the I.D. Vizzion, bringing autonomous driving (level 5, fully driverless) to the road, before its time. It’s the latest incarnation of a family of new driverless, electric cars to be introduced by 2020.