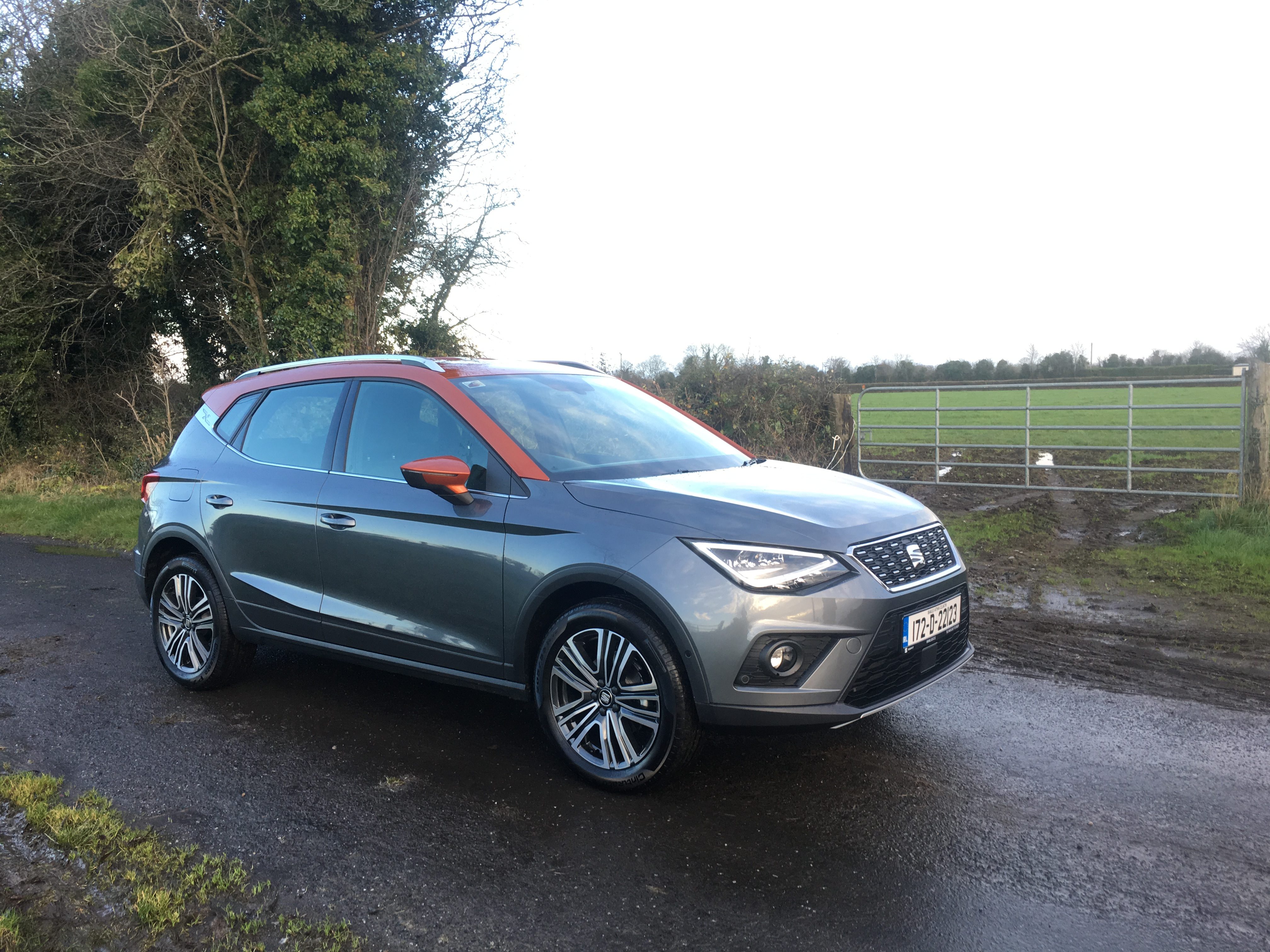 New compact crossover a serious contender from the Spanish brand With Seat’s Ateca making waves in the mid-sized crossover SUV segment, the brand has high hopes the new Arona will have a similar impact on the smaller compact crossover segment. A larger seven seater model will follow late next year.

As with the larger cars, the compact crossover market is one that has grown exponentially in recent times, with the Arona facing competition from the likes of the Nissan Juke, Renault Captur, Peugeot 2008 and Opel Mokka amongst others.

First impressions are that it is off to a good start, featuring the brand’s signature strong lines and angles in a well proportioned body that looks like a slightly smaller version of the Ateca. With Seat’s signature triangular headlights it is immediately recognisable from the crowd. Inside there’s the latest generation 8” touchscreen (which incidentally isn’t offered on the Ateca) with Apple Car Play, Android Auto and Mirror Link connectivity, while the layout is clear and ergonomically friendly. Wireless charging and an optional BeatsAudio sound system add to the infotainment appeal. Certainly the days when Seat felt like the poor relation of the Volkswagen Group family are long gone. A 400 litre boot is one of the most generous in the segment, and there is decent leg and headroom in the rear to transport five in comfort. Add in features like Adaptive Cruise Control, rain and headlight sensors, and keyless entry, and the Arona is one of the best specified small crossovers on the market.

It’s available in four trims, S, SE, FR and EXCELLENCE, and a choice of three petrol and two diesel engines. 1.0 3-cylinder TSI petrols come in 95PS and 115PS outputs, while there’s a new four-cylinder, 150 PS TSI with active cylinder disconnection technology. The familiar 1.6 TDI diesel is offered in 95PS and 115PS outputs. Depending on engine you can choose between 5 or 6-speed manuals or a 7-speed DSG unit. Driven at the launch was a 115PS 1.0 TSI with 6-speed manual in EXCELLENCE trim. This engine suits the car very well, with a peppy power delivering immediate acceleration. The gearbox offers slick changes, and we liked the way the Arona absorbed the bumps and ruts on secondary roads, while keeping body-roll to a minimum. We also liked the driving position which offers good visibility without being too high.

There’s a very attractive lead-in price of €17,995 for the 95PS 1.0 TSI in S trim. As always adding spec can bring the price up quickly – the car tested above, the 1.0TSI 115hp XCELLENCE has a list price of €22,815, but optional equipment including BeatsAudio, 17” alloy wheels, LED headlights and Connectivity, Sentinel and Winter Packs bring the OTR price to €27,424 for what is admittedly a very well specified vehicle.

This is certainly a very strong product offering from Seat. Buyers in the compact crossover segment are spoiled for choice but the Arona is one model that should certainly be on every potential buyer’s shortlist.