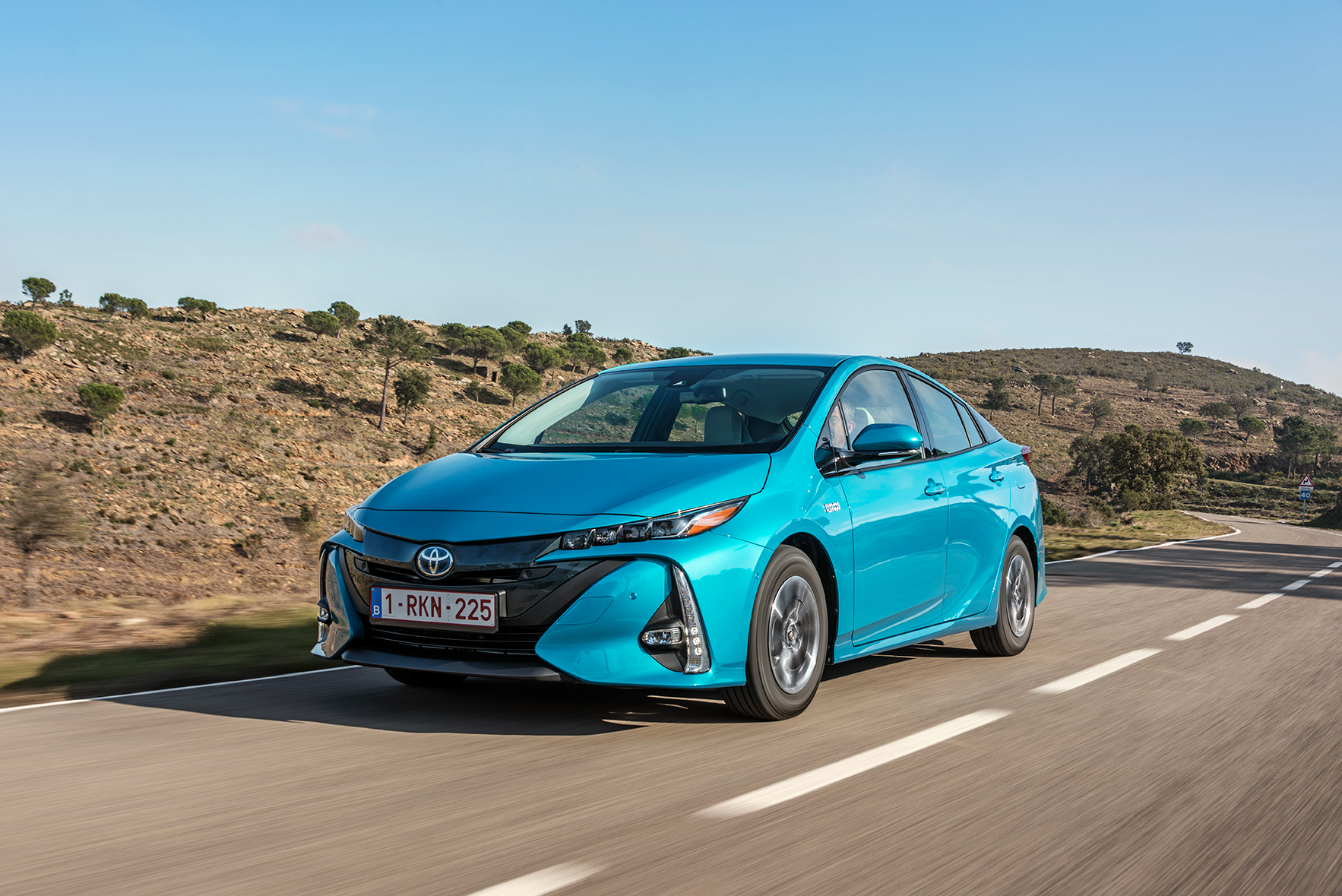 Think hybrid and you’ll likely think Prius. More than any other car, Toyota’s family sized hatchback has been synonymous with eco-friendly motoring thanks to a clever hybrid system that combines a petrol engine with an electric motor to deliver standard setting fuel consumption and emission figures.

Now for the first time a plug-in version is to be offered in Ireland. It features a much heavier battery than that used in the regular Prius to give a useful driving range of 50 kilometres when fully charged. Official figures for the Prius Plug-in Hybrid, to give it its official title, are certainly impressive. CO2 emissions are just 22 g/km, and a theoretical fuel consumption figure of 1.0 litres per 100km (283mpg) is possible, if unlikely to be achieved in real-life driving. That’s significantly better than the figures offered by the non-plug-in Prius of 76 g/km CO2 and 3.3l/100 km ((85.6mpg).

Instead of the relatively compact 1.31kWh nickel-metal-hydride battery in the regular Prius, the plug-in car has a lithium-ion version with a capacity of 8.8kWh. That’s enough, says Toyota, to easily deliver 50 km when fully charged. It’s also faster to charge – 2 hours with a fast charge connector, or 3 hours 10 minutes using a standard plug socket. When you do need to revert to petrol power there’s a generous 43 litre tank to enable longer journeys to be completed without range anxiety. To help it achieve that 50km range, a Dual Motor Drive System allows the hybrid system generator to act as a second electric motor. A Battery Warming System which minimises the impact of cold weather, and air-conditioning powered by a gas-injection heat pump also improve the EV driving range.

You can also have your Plug-In Prius with an optional solar panel roof. Probably not designed with Irish weather in mind, it’s part of Toyota’s long term dream to have an electric car that charges itself. In sunny climes you could possibly get up to 1,000km of all-electric driving per annum from it.

Visually the Plug-In Prius is more conventional looking than the rather striking series hybrid Prius. The front boasts LED adaptive headlights and different grille and bumper, while the signature vertical tail lights of the regular car are replaced with a more conventional horizontal design. To save weight, it’s also the first production car to boast a Carbon Fibre Reinforced Plastic (CFRP) tailgate. That bigger battery means though that there’s only room for two in the back, while boot capacity drops significantly from 501 litres to 360 litres. It’s also heavier by some 130kg, with much of that extra weight concentrated in the back of the car. One of the criticisms thrown at this type of car is that they are fine for around town driving, but make no sense if you are doing extended motorway or rural journeys.

Well at the international launch in Spain we covered a distance of over 180km, some in town, some motorway, and some twisty backroads. That’s a distance that’s a lot longer than the car could achieve on a fully charged battery, so the petrol engine got plenty of use. It’s also fairly indicative of what a typical journey in Ireland might consist of. Furthermore we didn’t exactly drive in an eco friendly fashion, with foot to the floor on a regular basis.

That made the average consumption of 3.6l/100km (78.5mpg) we achieved pretty impressive. Certainly it’s a figure that would be matched by very few diesels.

Toyota Ireland has yet to finalise prices and specs, but expect three grade levels and a starting price in the region of €37,000. That’s around €3,500 more than the regular Prius in Luxury trim.

Up to now, many company car drivers, particularly those doing higher mileage, may have shied away from the Prius. This Plug-In version might just make them reconsider.