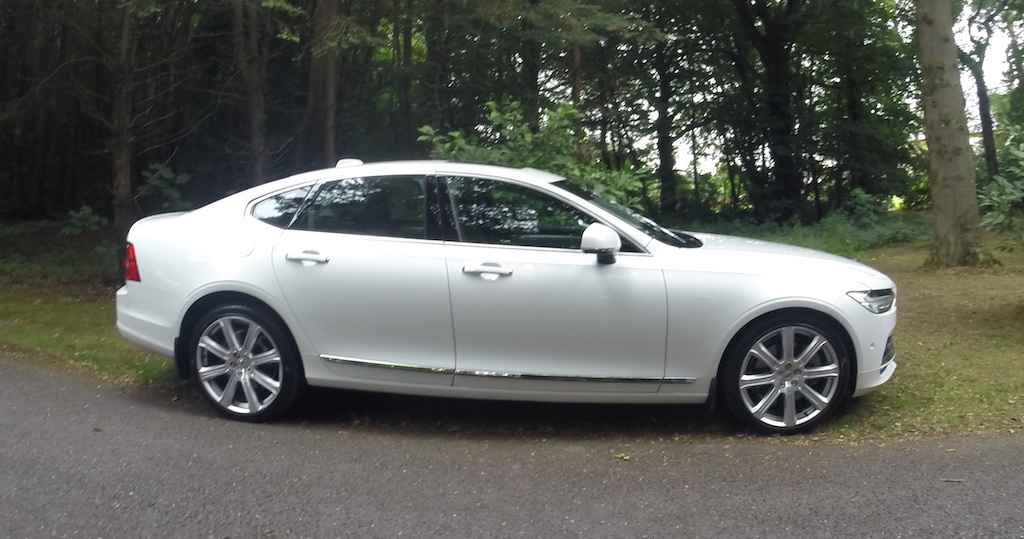 Volvo’s new S90 has lofty ambitions, namely to become a genuine alternative to the German brands that dominate the Executive fleet car market. That’s an ambitious target of which the car itself is just one part, but it’s also the part that’s the most critical – if the product isn’t right, the rest simply won’t happen. 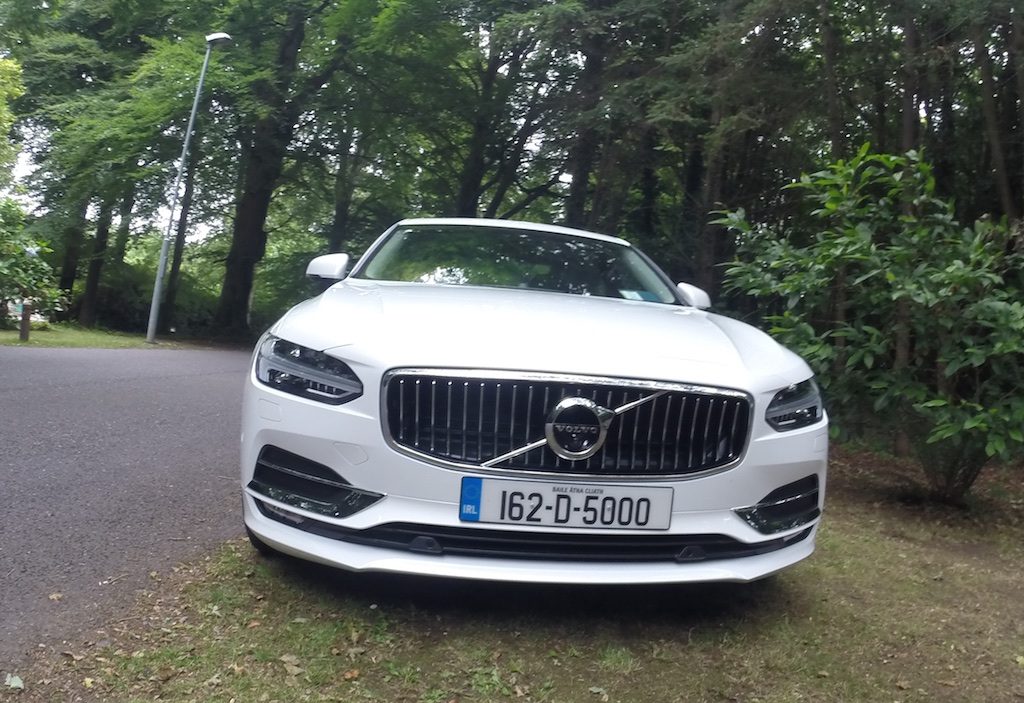 Having driven the S90 and V90 in Spain recently (see the current issue of Fleet Car Magazine), it left us impressed that Volvo has a serious offering on its hands. However before giving final verdict we wanted to firstly try the car on Irish roads, and secondly, drive the car with the D4 diesel engine which wasn’t available at the international launch, but will constitute the vast majority of sales here.

Off to Crosshaven then for the Cork Sailing Week which Volvo Cars Ireland sponsors, and a timely opportunity for them to launch the new S90 here. A good selection of road types from exceedingly undulating surfaces to motorways offered a cross-selection of what a typical Irish fleet driver might expect on a day to day basis.

So we’re pleased to report that the initial positive impressions were carried over after driving the S90 here. This feels every inch a proper executive car. It’s quiet and refined, handles rough surfaces well, and offers effortless motorway cruising. We’d put handling capabilities on a par with the Mercedes-Benz E-Class and Audi A6, though the BMW 5-Series remains the standard in this class.

The D4 engine also impressed. The 2.0 litre unit has a power output of 190 hp versus the 235 hp of the similar capacity D5 (which comes with all wheel drive), yet you will hardly feel short-changed by opting for this power plant. Certainly the 0-100 km/h time of 8.2 seconds combined with plenty of mid-range grunt means you will rarely feel the need for more power. It works well with the 8-speed Geartronic auto transmission – Volvo isn’t offering a manual gearbox for now at least. CO2 emissions of 116g/km and a quoted fuel consumption figure of 4.4 l/100km aren’t to be sniffed at either.

From the outside it’s a car that has presence, particularly from the front. Inside the cabin is up with the best – in this class of car there really isn’t a bad interior and it comes down to personal preferences, but like the Jaguar XF, the S90 offers something a little different to the familiar interiors of the German brands. 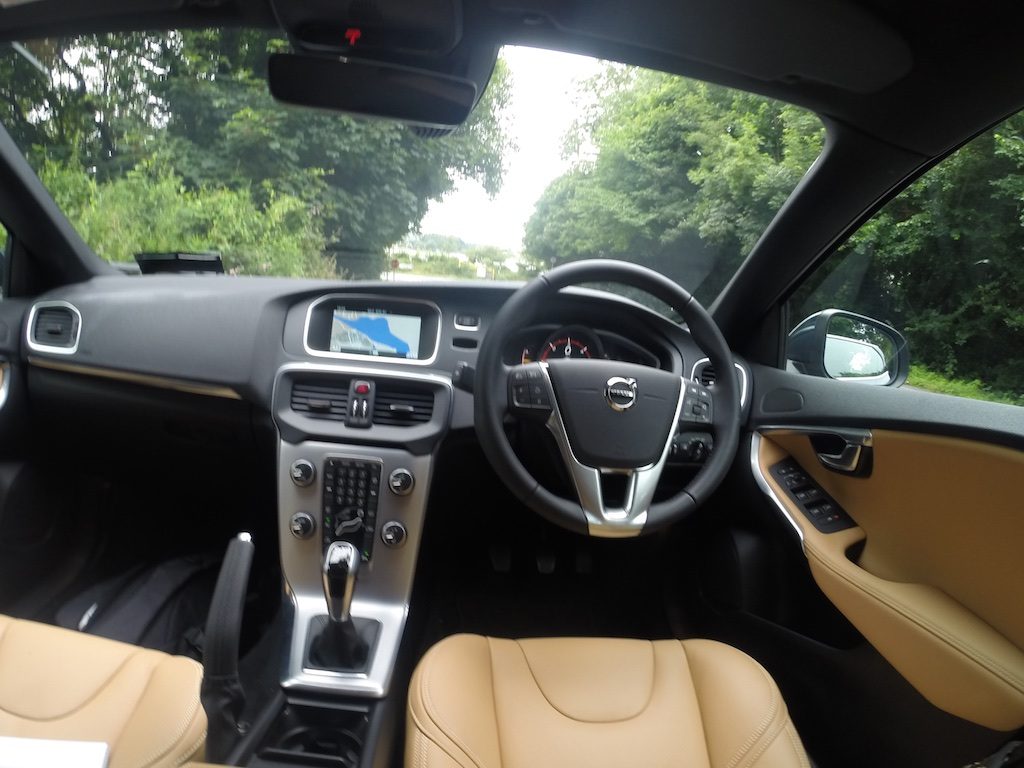 One noteworthy feature on the new S90 is Pilot Assist which is the second generation of Volvo’s semi-autonomous driving technology. Earlier versions offered autonomous driving in stop-go traffic by braking accelerating and steering automatically according to the vehicle ahead, but the latest version on the S90 offers steering assistance functionality at speeds of up to 130 km/h. Aimed at use on motorways and roads where road markings are clearly outlined, Volvo stresses that the driver is expected to actively participate in the driving, and remains responsible for monitoring, supervision, and overall operation of the vehicle. If he or she does not keep their hands on the steering wheel, Pilot Assist automatically switches off.

Put to the test on the motorway, we found Pilot Assist works quite well within its specified parameters, though the benefit to a driver at this semi-autonomous stage is debatable. Certainly though we can see that it’s another step towards Volvo’s Vision 2020 goal – that no one should be killed or seriously injured in a new Volvo car by the year 2020.

Is the S90 good enough to challenge the established German rivals? We certainly think so. 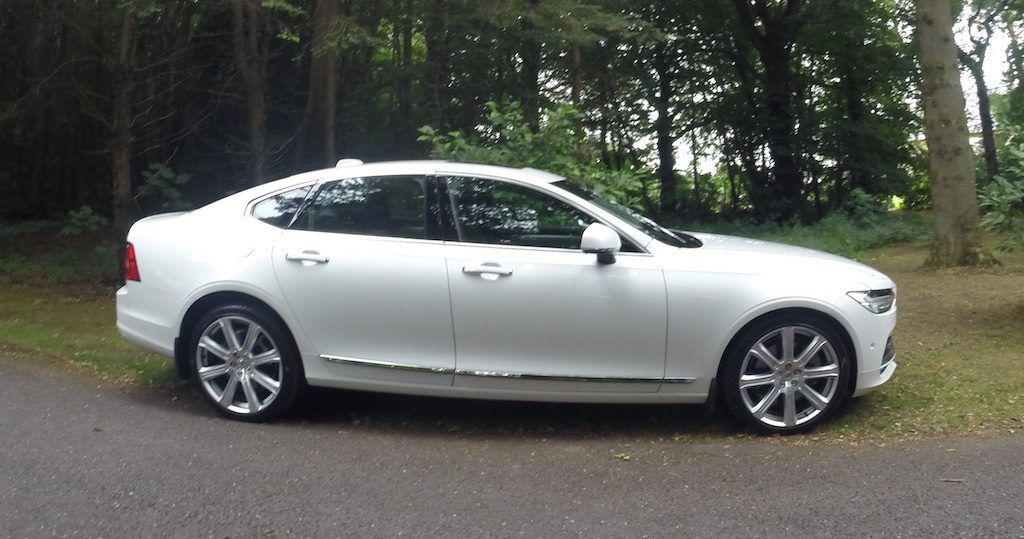