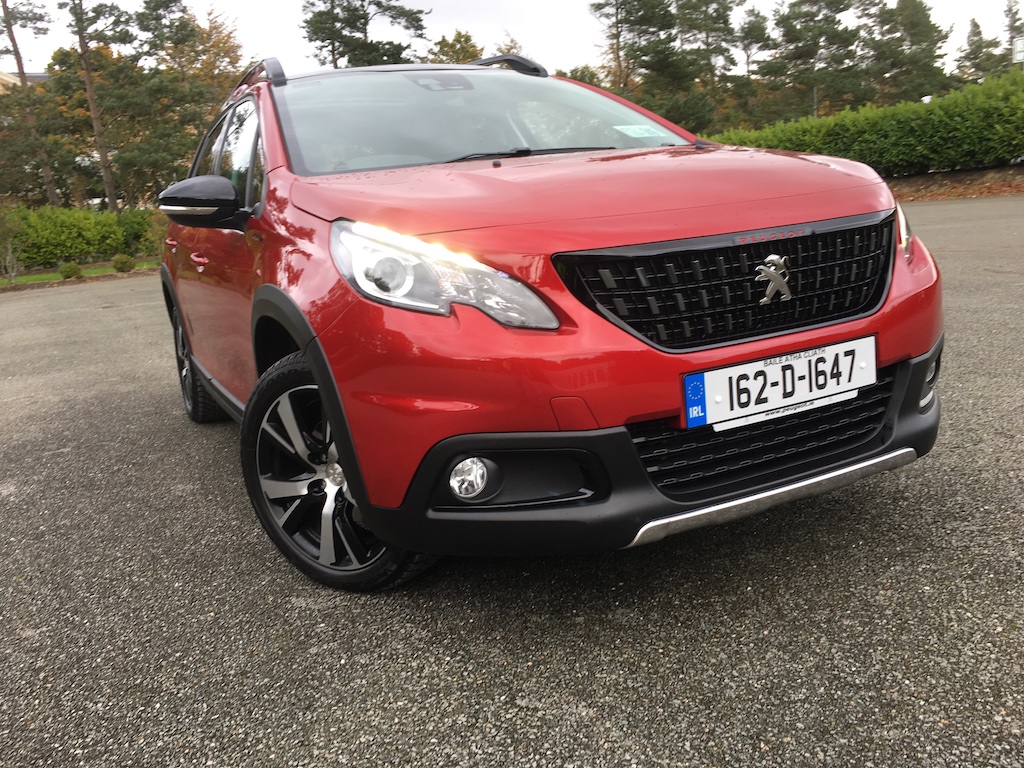 Peugeot is unashamedly embracing the Crossover SUV market with its next generation of four digit models – the 2008, 3008 and 5008. If the existing family fell into a slightly awkward no-man’s-land between SUV and MPV styling, there will be no such ambiguity going forward, with the forthcoming 3008 and 5008 adopting notably more SUV-like appearances. 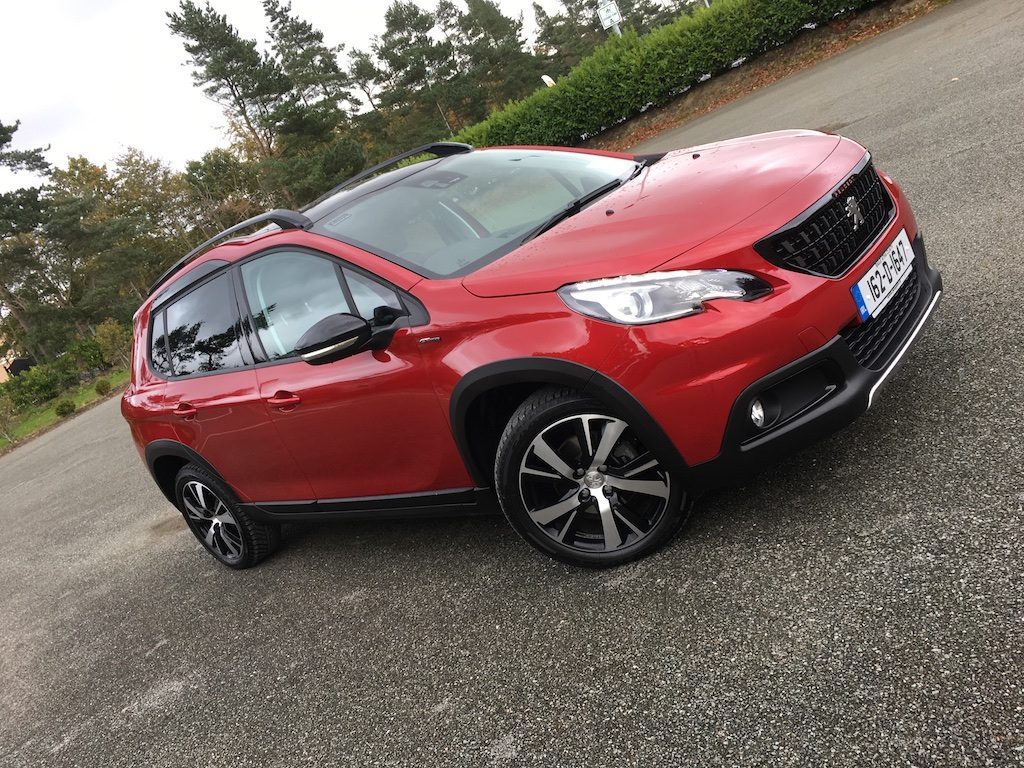 The original 2008 was always the most SUV-like of the three, hence a new version which went on sale this summer hasn’t necessitated a radical re-think of the original to state its crossover credentials. A new front face is the biggest visual change, with a vertical front grille, and new wheel arch extensions and scuff plates on higher trim models giving the 2008 a more forthright look. A new colour, Ultimate Red as featured on this test car, was previously seen on the 308 GTi. 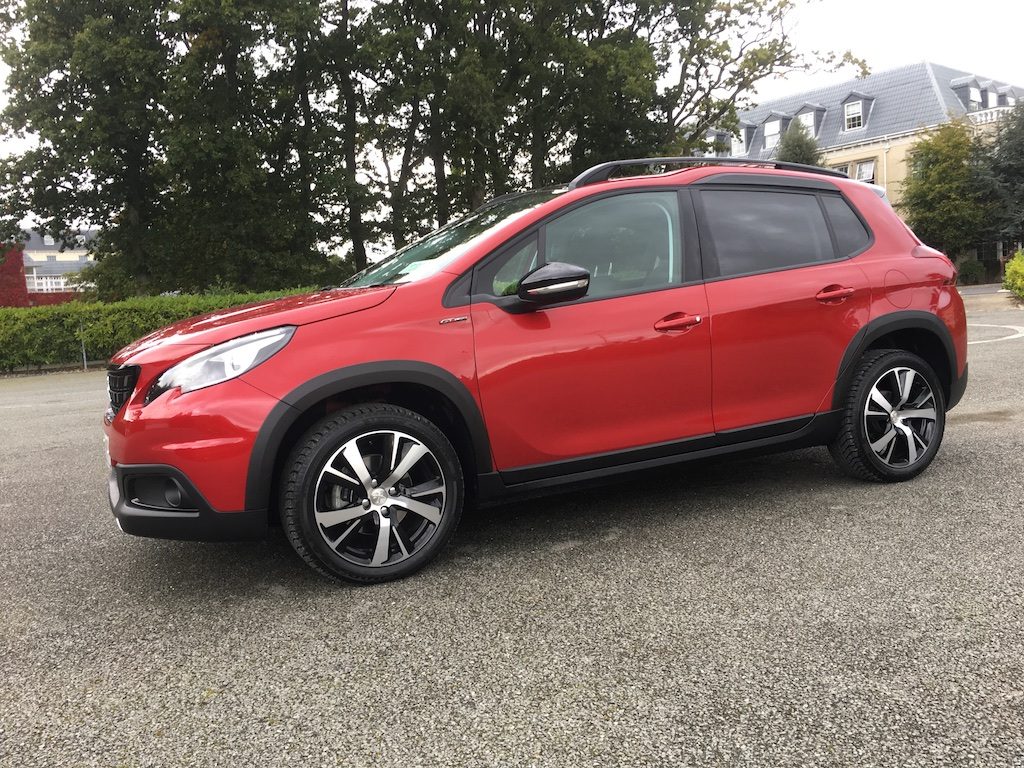 The interior boasts enhanced specifications, while Peugeot has added a new trim, the GT Line, which sits above the Allure level three version. Engines are carried over from before – a 1.2 litre PureTech petrol in three power outputs of 82bhp, 110bhp and 130bhp, and a 1.6 litre BlueHDi diesel with 75bhp, 100bhp and 120bhp.

On test here is this new top-of-the-range 2008 GT Line with 120 bhp diesel engine. At €27,280, it’s not cheap, but for that money you do get a car that is lacking for little spec wise. 17” alloys, aluminium sports pedals, a flat bottomed sports steering wheel and sat nav are some of the extras unique to the trim level. It also comes with niceties also offered on the Allure model, such as rear view parking camera, Touchscreen with MirrorScreen for Apple CarPlay and Android MirrorLink seamless connectivity, and a Cielo panoramic roof with ambient lighting. 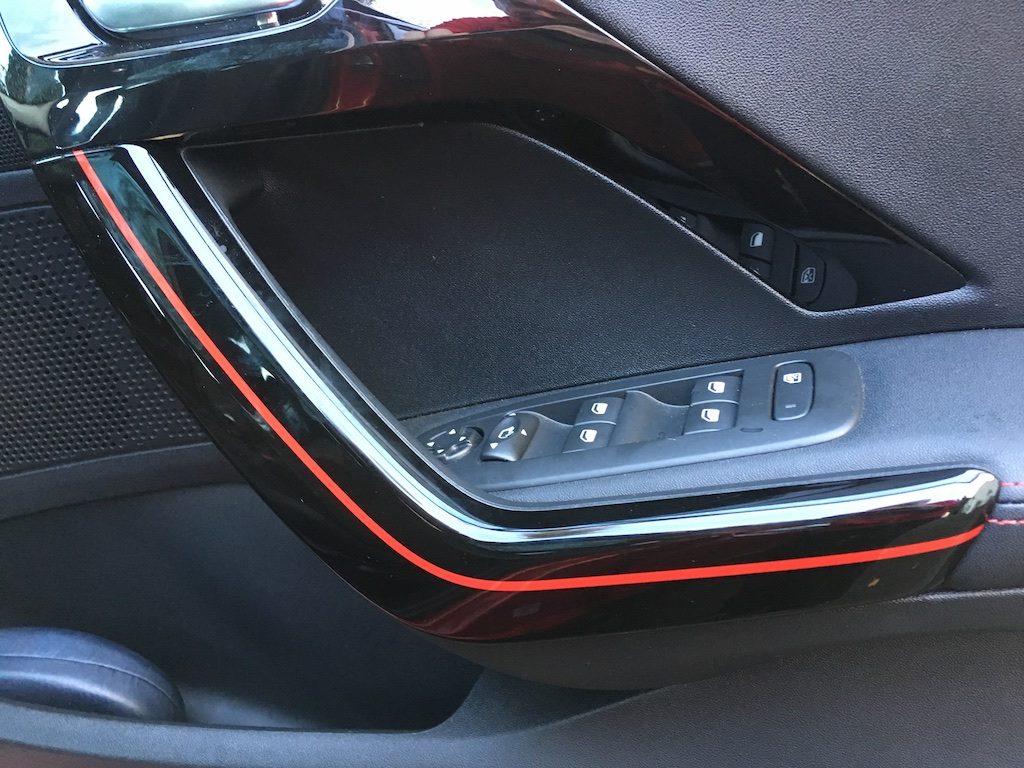 As to be expected, the range topping 120bhp diesel engine offers plenty of oomph. However you need to keep the revs above 1,500 rpm – drop below this and acceleration is sluggish. As a result you have to change gears a bit more than you might expect. Work the six speed box though, and you’ll find the 2008 covering ground at a rapid rate. That power doesn’t come at much of a financial cost either as road tax is just €180. It’s frugal too – without trying to drive economically, the 2008 returned a very respectable average fuel consumption figure of 5.3 l/100 km during a week with the car.

You don’t tend to associate Crossover SUVS with dynamic excellence, however I found the 2008 GT Line  a quite rewarding proposition to drive. It tucks in neatly into corners via minor inputs to the small steering wheel, and body roll is impressively minimal for a relatively high car. Engine noise is pleasantly muted and the 2008 also manages to insulate passengers well from rutted and undulating surfaces without compromising on handling. Certainly for the keen driver it’s one of the more appealing small Crossovers currently on sale.

From an ergonomics perspective the small steering wheel needs to be set quite accurately in order to be able to view the dials. The touchscreen sat nav is reasonably intuitive to use, though a dial based system such as those on Audis or BMWs is arguably easier and safer to operate. Otherwise controls are well laid out and clearly marked.

Hard core off-roaders may look at the 2008 range and criticise its lack of a four wheel drive option. Peugeot, though, has a trick up its sleeve that arguably makes the 2008 every bit as competent in challenging conditions as an AWD car. Fitted as standard on the GT Line and optionally available on Active and Allure models, Grip Control is an adapted traction control system that adjusts wheel spin and torque to optimise traction in poor conditions. A dial in the centre console allows you to choose one of five driving modes ranging from Standard to  Snow, Mud, Sand and ESP Off. 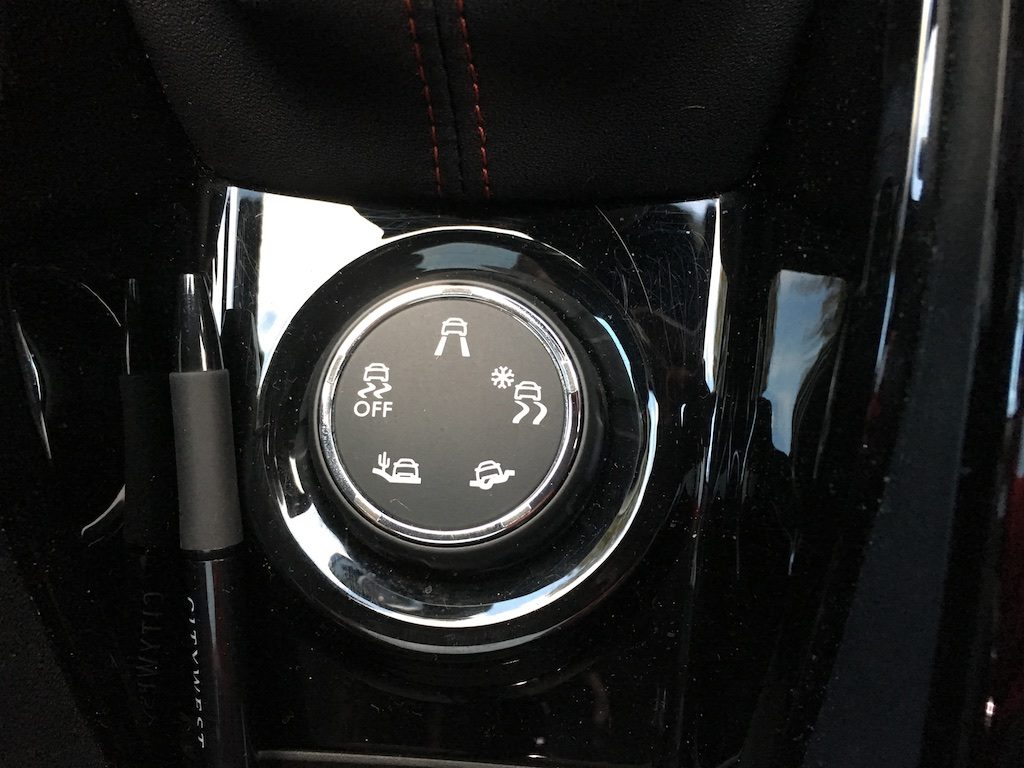 Allied to Grip Control is the fitment of Goodyear Vector 4 Seasons tyres as standard. All season tyres are increasingly regarded as the ideal choice for Irish roads where snow is the exception rather than the rule, offering excellent wet-weather performance without compromising much on dry weather capabilities, while proving very effective on snow and ice compared to summer tyres.

I put the 2008 to the test on a steep and very muddy gravel track with the Grip Control set to the Mud setting. Once the wheels start to slip you can feel the system acting to transfer traction to where it is most effective. Notably at one point, with one of the driven wheels scrabbling for grip on a slippery rock, the 2008 moved steadily forward where almost certainly it would have come to a halt without the Grip Control.

Put it this way, given a choice to tackle challenging winter conditions between a 2008 with Grip Control and Goodyear Vector 4 Seasons tyres, or a car with full 4WD on summer rubber, I’d opt for the Peugeot every time.

A low load lip and flat floor make it easy to load items into the boot while the capacity of 422 litres compares well with rivals. Inside there are decently sized door pockets, a smallish but quite deep compartment behind the handbrake (aircraft styled but not necessarily the easiest to engage), and a rather small glovebox compartment. Rear seat passengers do well for headroom, though leg space is limited enough.

The Peugeot 2008 GT Line occupies a fairly unique place in the compact Crossover sector, with rivals tending not to offer comparable models. For instance, the most powerful diesel engine available on the Renault Captur peaks at 90bhp, while the other best seller in this class, the Nissan Juke, doesn’t offer a model with the same high level of specification.

Certainly for anyone looking for an up-market, highly specified compact Crossover, the 2008 GT Line ticks a lot of boxes. Factor in a dynamic drive, and the assurance of Grip Control and it adds up to a pretty appealing all-round package. 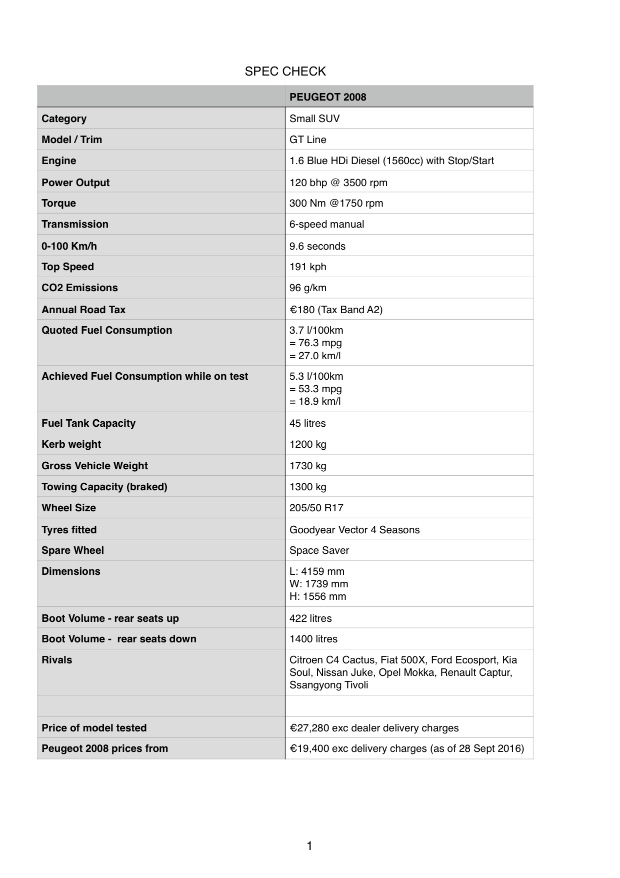