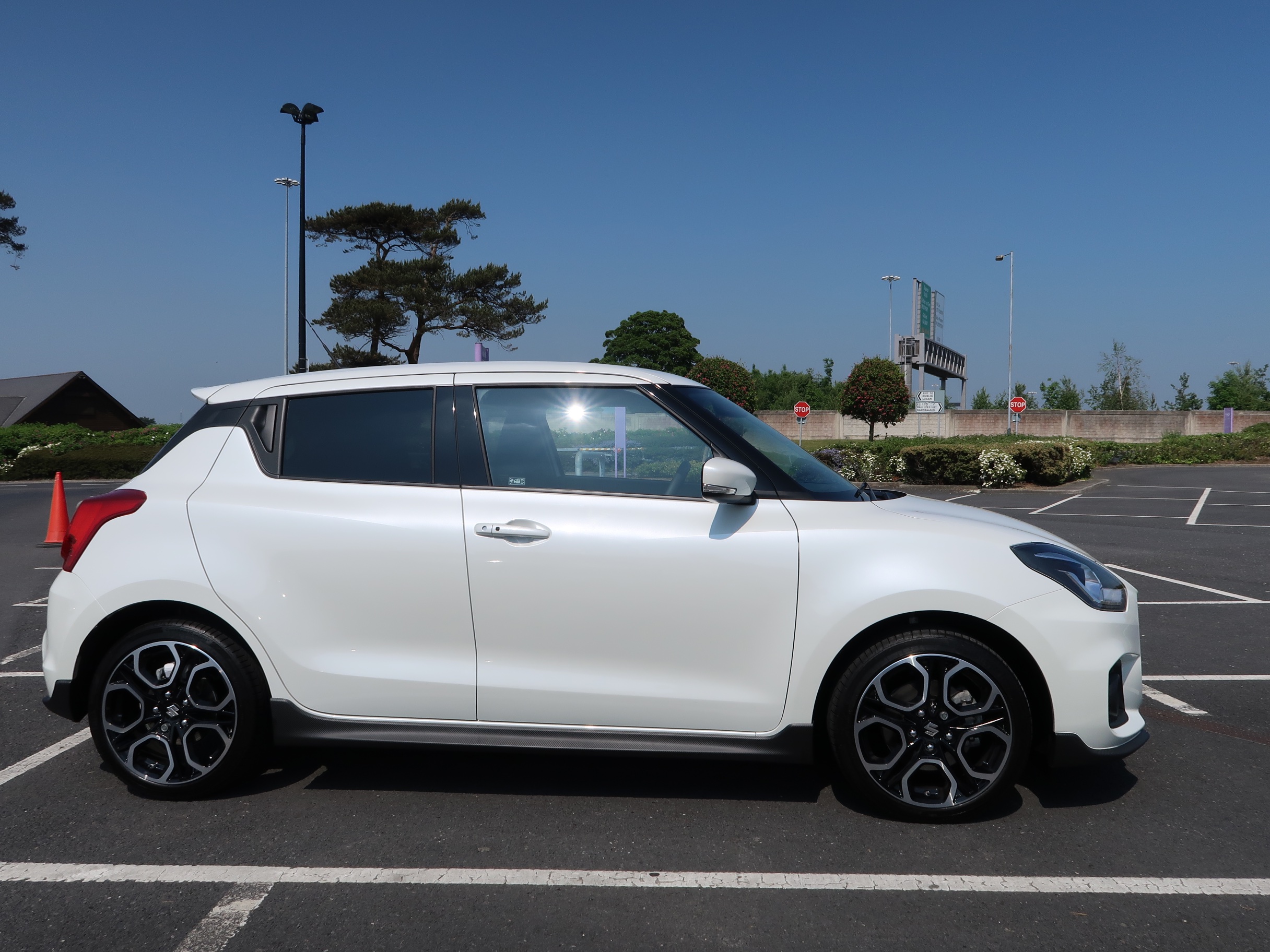 We tend to have a bit of obsession with bigger cars in Ireland – compared to Britain and other European markets sales of A and B segment cars are relatively low here.

Which is a shame really, because not only are so called smaller cars more than practical enough to meet most people’s needs, they can also be great fun to drive, something that was brought home to me driving the Suzuki Swift Sport recently. Nimble and agile, the Swift Sport will seat four comfortably, five at a push, and the boot is plenty big enough to cater for a couple of large suitcases – just how much space do you need! Even the old arguments about bigger cars being safer can be questioned with cars like the Swift Sport which comes loaded with safety devices and equipment often not seen on much bigger cars. Lane Departure Warning, hill hold control, adaptive cruise control, and a rear parking camera are all offered as standard fitment. It’s also had a five star Euro NCAP rating.

The Swift is now in its fourth generation, but this is the third iteration of the Sport model, the ‘warmish’ take on the standard car. The biggest change over the old model is that there is now a 1.4 litre turbo petrol engine instead of the previously normally activated unit. Power is modest by current standards at 140PS but with a total weight of just 975kg, you don’t need 200PS plus to have a lot of fun.

And that’s certainly what the Swift Sport offers. No, it doesn’t have gut-wrenching acceleration, but there’s plenty there to bring a smile to your face. What’s impressive is that it pulls strongly from low revs right up to the red line meaning you can pretty much leave it in third or fourth gear all the time if you just want to be lazy. Ride and handling also fall into that halfway house between a standard hatchback and pure performance machine. Which makes it rather a suitable compromise for typical day to day driving. There’s a bit of jiggling about on more undulating surfaces, but it’s comfortable enough that it won’t upset your great aunt if you take her out for a spin. Overall it’s a car that responds to the keen driver, with nicely weighted steering and slick gear change encouraging driver inputs.

At the rear, twin exhausts point to the potency, but it’s a little disappointing that Suzuki hasn’t done more to make the Swift Sport a little more audibly raucous to match the sporty looks. Visual features include a carbon fibre lookalike rear diffuser and lip on the front spoiler, as well as side mouldings, and slightly flared wheel arches. The front also gets different lights to the regular model. In the white of the test car it’s good-looking enough, though for best effects go for the striking launch colour of yellow.

Inside, there is read trim on the dash, and Sport style seats that offer decent lateral support. Like the regular car the upright position means there is oodles of headroom, making the Swift appear more spacious than the actual dimensions might suggest. Rear seat passengers might find legroom a little tight behind taller front seat occupants, while access is also a little restricted for less agile passengers. There are decent storage spaces, while the user interface is generally fine – though a lack of buttons for the volume control and changing radio channels can make it annoying to accurately select when on the move.

Despite its sporty nature, the Swift Sport can be surprisingly frugal. I returned an average of 43.1 mpg over the course of 1,000km in a week, which is pretty decent for any petrol engined car. Not so good is the rather small fuel tank meaning you won’t get a whole lot over 500km on a full tank.

Irish prices for the Swift Sport have yet to be finalised but in the UK it comes in at £18,000, so expect to pay €22-23k here. That’s significantly more than the old Swift Sport cost but yet with the performance offered and strong equipment levels, it still seems like decent value.

A week with this car really brings home the point that for the price of a basic slightly bigger car you can have something that lacks little compared to its bigger brethren – and with added oomph. The Suzuki Swift looks good, is fun to drive, is hugely well specced as standard, and will happily accommodate a family of four. What’s not to like – let’s go small!