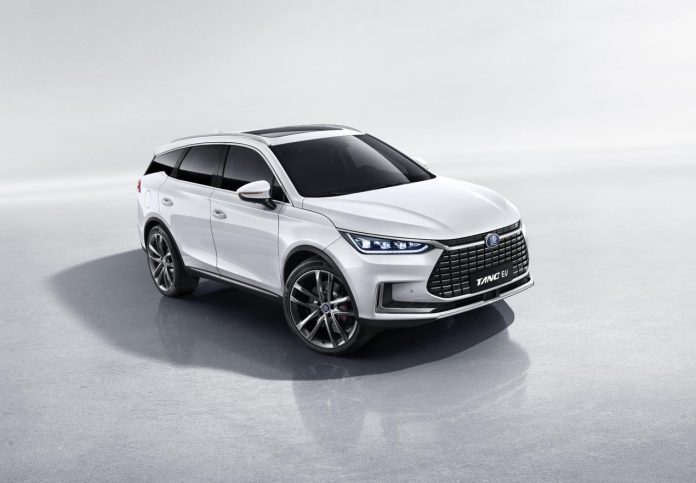 Already one of the world’s best-selling models as a plug-in hybrid electric vehicle (PHEV), the BYD ‘Tang’ EV600 boasts a 520km (373 miles) range based on the NEDC test cycle. The vehicle will spearhead BYD’s ambitions as the brand looks to expand its overall European EV portfolio. The company’s reputation is already well-established following considerable success in the Public Transport sector where the current BYD eBus range of products remains the market leader in Europe.

The full-electric, high-specification BYD Tang EV600 is a permanent all-wheel drive compact SUV which delivers a range of up to 520km (373 miles).

With over a quarter of a century of battery research and development, BYD is now one of the world’s foremost battery electric vehicle (BEV) manufacturers. The company has exceeded 750,000 passenger car sales globally to date (hybrid and BEV), with worldwide sales of BYD electric LCVs and trucks steadily increasing since their introduction in 2013. In Europe alone, BYD has sold over 1,300 eBuses and eCoaches in all major markets across the continent.