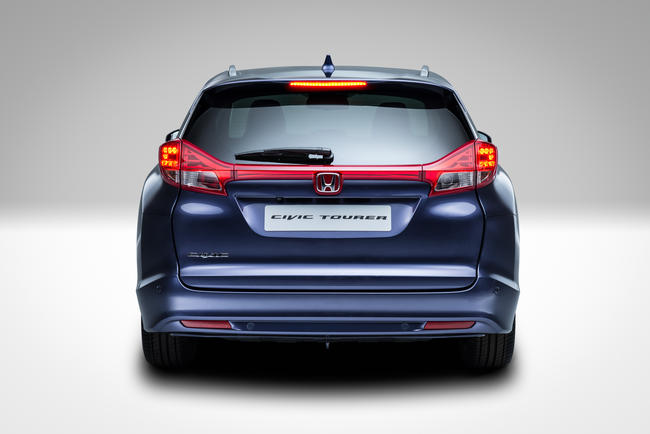 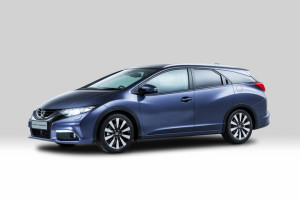 The first production models of the new Civic Tourer rolling off the production
line was celebrated this week. The ceremony was hosted by senior management to congratulate all involved Associates at the plant, those in its European R&D team and Honda’s suppliers for their hard work in the
creation of this bespoke European model.

Honda’s European President and COO, Manabu Nishimae, said: “More than any other
product, the Civic Tourer highlights the ambition, energy, skill and tenacity of our
Associates. Developed, designed, tested and produced here in Europe, the Civic Tourer
demonstrates what can be achieved by our European teams.”

Adrian Killham, Chief Engineer for the new model, said: “The new Civic Tourer delivers
the biggest boot volume in its class, CO2 emissions of 99g/km and a unique, distinctive
style which has been highly complemented in the media ever since being revealed as a
concept at the Geneva Show in March this year.”

The Civic Tourer will arrive in dealerships in early 2014. It comes with the choice
of two engines; the 1.8 i-VTEC petrol and the new 1.6 i-DTEC diesel. The diesel engine is
the first in Europe from Honda’s next-generation Earth Dreams Technology series and
delivers incredible fuel economy without compromising power and performance. The light
weight engine provides a competitive 120 PS of power and 300 Nm of torque with an
acceleration time of 0-62mph in 10.1 seconds, yet still delivers 74.33mpg on the combined
cycle, giving a range of 817 miles on one tank of fuel and CO2 emissions of just 99g/km.

Despite being the lowest and most compact estate in its segment, the new Tourer offers
a class-leading 624 litres of boot space (up to the tonneau cover with rear seats up).
Utilising Honda’s unique Magic Seat system, the rear seats can be pulled down to create a
completely flat load area with 1,668 litres of capacity up to the roof lining.